Ed Kolodzieski welcomes attendees to the store while Mayor Ken Schneier stands by.

Ed Kolodzieski welcomes attendees to the store while Mayor Ken Schneier stands by.

Terry and Ed Kolodzieski welcomed in as many as could fit for their ribbon-cutting.

Terry and Ed Kolodzieski welcomed in as many as could fit for their ribbon-cutting.

Furry friends were welcome to drop by the grand opening.

Furry friends were welcome to drop by the grand opening.

The Duffy 22 Suncruiser is an electric boat.

The Duffy 22 Suncruiser is an electric boat.

The Kolodzieskis provided snacks for their grand opening.

The Kolodzieskis provided snacks for their grand opening.

Every type of fishing supply you could need is waiting at ULTRA-YACHT.

Every type of fishing supply you could need is waiting at ULTRA-YACHT.

The Duffy 22 Suncruiser is quiet on the water.

The Duffy 22 Suncruiser is quiet on the water.

Nic Cunningham is the fleet manager.

Nic Cunningham is the fleet manager.

With the snip of a red ribbon, the old post office building on the north end of Longboat Key became an eco-conscious boating store. Though Ultra-Yacht has been open at 522 Cedar St. for more than a year, owners Ed and Terry Kolodzieski hosted the grand opening on Nov. 5.

“With COVID and everything, it just wasn’t a really good time to have the grand opening because no one was leaving the house,” Ed said.

Mayor Ken Schneier thanked the Kolodzieskis for their “consummate wisdom” in opening their store at the Cedar Street building and for their public service in renovating the building. Before the Kolodzieskis moved in, it had been sitting abandoned for years.

“There was no power, no sewer, no water,” Terry said. “It was a good year to refurbish this place. It was literally just a shell.”

With a hearty amount of elbow grease, the Kolodzieskis got it to a respectable shape. They painted the beams on the inside and added peg boards to display fishing items. From the inside, you wouldn’t recognize the place, but as Key residents themselves, their goal was to keep the outside looking the same.

“The Village has its own look and feel and charm, and this is the entrance to the Village, so we just restored it to its original look on the outside,” Ed said.

Along with the fishing gear inside, clothing racks feature UPF shirts and dry-fit outerwear. Beach and boat floaties hang from the walls and ceiling. Drink coolers, snacks and wine bottle openers are nearby.

The outside doesn’t quite look like a typical boating store. There’s no giant parking lot full of luxury boats. Their boat business is more of an online deal — they educate you on the boat ahead of time and then take you out on the water on your preferred model so you can see the boat in nature. They also rent boats. The Kolodzieskis both have a background in retail and are self-described environmentalists, and the boats they sell are electric. With almost no hum on the Duffy models, dolphins and manatees are more apt to check out the giant floating curiosity. Boaters are more likely to have good experiences with marine life and vice versa. As a lifelong ocean guy, that’s important to Ed.

“For me, when I was 14 doing wildlife rescues for Suncoast Seabird Sanctuary (in Clearwater), and us being people who are out on the water a lot, we always had a fascination over the years,” Ed said. “You see the best of nature and not the best of people. We want to give back whatever we can.”

The Kolodzieskis are looking into partnering with Mote Marine Laboratory and Aquarium, helping with beach cleanups on Longboat Key and working with the Longboat Key Turtle Watch. Eventually, Ed even wants to put solar panels on the roofs of the Duffys they sell, which would be a totally new concept for sustainable boating.

“When I say there’s more things to come, we want to talk about things in the future,” Ed said. “There are ways to have a much smaller impact on the environment and still have a great time, and maybe even have a good impact on marine life.” 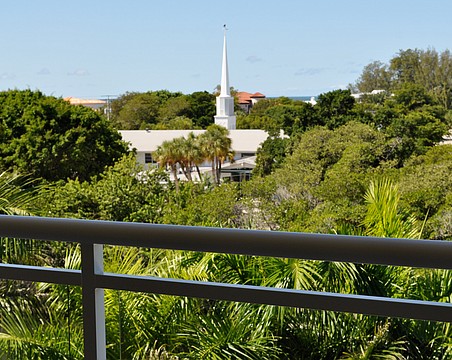 P&Z to sound off on cell tower 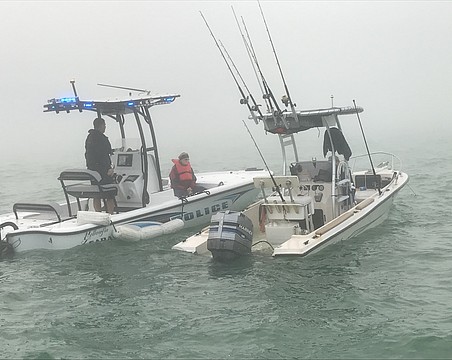 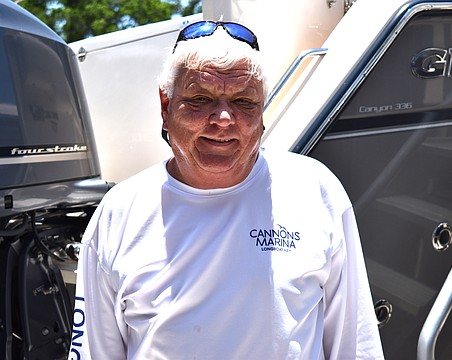 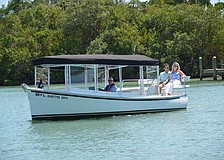 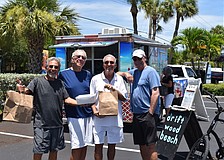 Claws for a Cause was for the birds this month 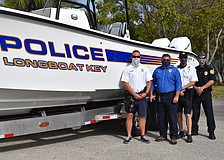 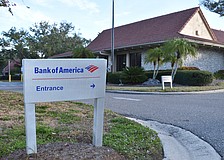 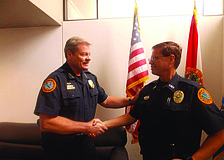