An excerpt from Section 702.2 of the Manatee County Land Development Code explains exemptions to prohibition of earthmoving construction projects on agricultural land without a permit:

A. The earthmoving operations listed under subsection B shall not require a separate earthmoving site plan or operating permit provided ...

... no off-site drainage is affected.

... there is no rise in the base flood elevation of an identified floodway.

... There is no change in grade at the property line (except for swales).

... all other state and local requirements have been fulfilled. Although an earthmoving permit may not be required, a tree removal permit under Section 700 may be required. If the site is located within the floodplain, then the provisions of the Floodplain Management Ordinance (must be followed).

B. The activities eligible for exemptions are ...

... earthmoving which is accessory to agricultural operations where no earth is transported off-site.

Even as Manatee County Inspector General Lori Stephens investigates if Manatee County employees acted inappropriately after being asked to investigate possible construction violations on a 50-acre, agriculturally-zoned property in Myakka City, construction has continued at the site, which had been advertised as the future site of the Sarasota Medieval Fair.

The property is owned by a corporation called Mallaranny LLC, which is managed by Jeremy Croteau. Croteau is also the president of the Sarasota Medieval Fair. John Barnott, the Manatee County Building and Services Department director, said Croteau was informed of the requirements to host the fair. Barnott said a special permit and public hearing will be required if the Sarasota Medieval Fair is to be held at the property.

When asked if earthmoving construction is allowed on the Mallaranny property, Barnott referred the Observer to Section 702.2 of Manatee County’s Land Development Code, which explains exemptions to the county’s earthmoving requirements.

One activity eligible for exemption is “earthmoving which is accessory to agricultural operations where no earth is transported off-site,” according to the Land Development Code. However, the code also said the exemption is only valid if “no off-site drainage is affected,” among other stipulations.

Ireland said rainwater has pooled on the southeastern corner of his property, even during the dry season, in ways that have never happened before. Grosse said pipes on the eastern border of the Mallaranny property have been spewing water onto his land, creating a large pool of standing water at least ankle-deep after one day of rain. He said he is worried how much worse the flooding will become when the rainy season starts in May or June.

Ireland said April 27 earthmoving construction, such as extensive use of dirt fill and bulldozing work, were still taking place on the Mallaranny property.

Croteau told Manatee County Code Enforcement Officer Chet Brown on March 24 that he had stopped bringing truckloads of dirt to the property, according to a report filed by Brown. Croteau did not return requests for comment.

Attorney Robert Lincoln, who is representing Ireland, said Mallaranny LLC and the Sarasota Medieval Fair claimed they qualified for an agricultural exemption for earthmoving construction on the land. Brown’s report said Croteau told him he planned to use the property for cattle and a nursery.

Stephens now said her division is investigating the matter. Stephens said she is investigating whether Manatee County Code Enforcement officials ignored citizens’ complaints about construction on the property, among other allegations.

Representatives of the Sarasota Medieval Fair did not return requests for comment, although the organization listed the property, labeled as “The Woods of Mallaranny,” as the location of the November 2021 fair in a copy of the vendor application obtained by the Observer. Sarasota Medieval Fair’s 2021 Florida profit corporation annual report listed the property as its principal place of business.

Mallaranny LLC purchased the property in September, according to a document obtained by the Observer.

Ireland filed the first complaint about construction on the Mallaranny property in November. Manatee County Code Enforcement Officer Tanya Shaw was assigned to look into it. When she went to the property, she said construction workers wouldn’t allow her on the site. Shaw said it seemed like the site was being developed.

After giving her contact information to a person on the site, Shaw said she received a call from a person who identified herself as “Kathy.” Shaw said she learned later it was Kathleen Croteau, the Sarasota County Development Services Building Official and mother of Jeremy Croteau. Shaw said she informed Croteau of multiple violations on the property, including an on-site RV that appeared to be occupied.

“She said that she would get rid of the RV with the tenant that was on the property who was still on it, and they were trying to have him evicted,” Shaw said.

Shaw said she later checked and saw no site plan or permits filed with the county. A couple weeks later, she said she went to Ireland’s property.

“From his property, I could see tons of heavy equipment brought in, the land clearing that was going on, the fill dirt, you could tell it was very obvious that fill dirt was being brought in,” Shaw said.

In addition to construction, Shaw said a second RV had been brought to the site and both were hooked up to utilities, which Shaw said is illegal. Kathleen Croteau did not return requests for comment.

Shaw said she then had a meeting with her supervisor, Tom Wooten, who found out who the property owner was.

Shaw said Wooten then led her to see Manatee County Code Enforcement Chief Jeff Bowman. According to Shaw, Wooten explained the situation all the way up to the discovery that the Croteau family owned the property.

“At that time, the chief’s like, ‘OK Tanya, go ahead and call Mr. Ireland and let him know that there's no violations,’” Shaw said.

Shaw said after she told Bowman she wasn’t comfortable with that, Bowman and Wooten called Ireland themselves, and Wooten told Ireland they had investigated his complaint and found no violations. Shaw also said Bowman then called Croteau to tell her the case had been closed with no violations, at which point she said she got up and left the meeting.

Manatee County Commissioner Vanessa Baugh, whose district includes Myakka City, said April 15 it’s important to let the investigation process play out. However, she also said she was concerned by the reports she had heard. In the past, Baugh has said several times that county staff had too much control over local government.

“We need to know the facts,” Baugh said. “Depending on what those facts are, then we'll have to see how we handle it from there. But certainly, the way this has been moving forward is not appropriate.” 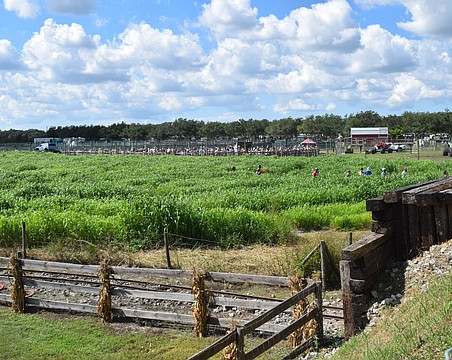 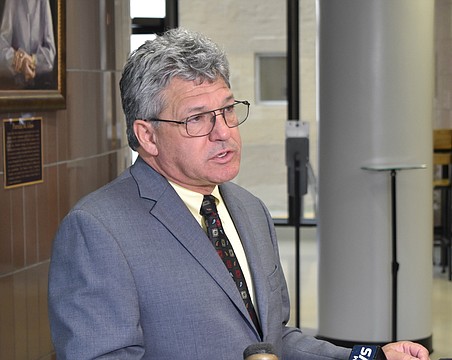 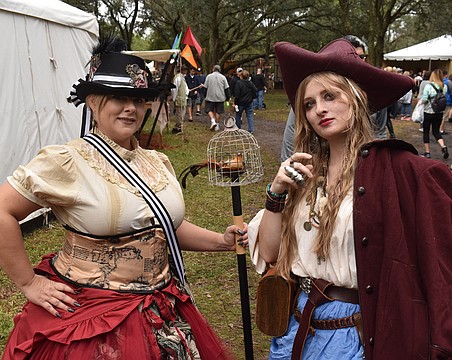 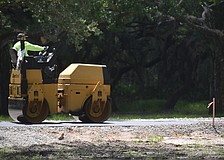 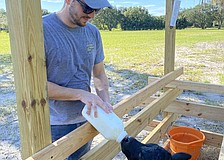 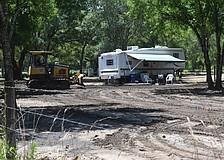 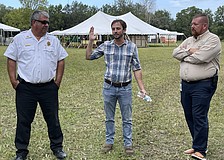 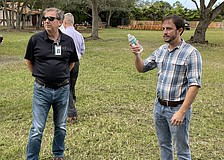