Landscaping and roads will complete the Lakewood Ranch entertainment and restaurant hub as businesses begin to move in.

As Kirk Boylston, the president of Lakewood Ranch Commercial Realty, walked through Waterside Place March 4 alongside the Willis Smith Construction team, he looked at the line of completed buildings, and smiled.

"I don't know who else could have done it," Boylston said of Willis Smith completing the 11-building, 130,000-square-foot project only about a month later than announced Oct. 4, 2018 at the project's groundbreaking. "It's amazing how little time they lost. The materials, the level of finishes, all were so complex. Nothing about the project was simple and they did it in 2020 during the pandemic."

Tenants who have signed with Waterside Place

While the building phase of the project is complete, and the Willis Smith Construction trailer has been removed from the site, landscaping and roads still need to be finished to complete the entire project.

Willis Smith Project Manager Supervisor and Vice President Nathan Carr said his crew still is doing some "punch work," filling any chips in tile or adding a dab of paint to make everything just perfect. Willis Smith now will work with any tenants who choose them to perform the interior build-outs for their businesses.

Boylston said Waterside Place tenants will submit their build-out plans to Sarasota County and he expects some of those to be open for business in late May and June. He expects most of the 11 buildings to be filled and open for business by the end of the year.

Another "sit-down" restaurant is close to signing for a spot at Waterside Place and Boylston said they just need to work through some interior design concepts before signing.

Korê, featuring Korean barbecue, already has been announced as a tenant. Other restaurants and cafes announced include SoFresh, Foundation Coffee Co., Atria and Crop.

Carr said it was an interesting project from the start. While he said most construction projects in the region involve building up grades, this particular project (the Willis Smith part of the project was $31.6 million) needed ground cut down where all the buildings sit. The ground all around Kingfisher Lake had been built up when Schroeder-Manatee Ranch was mining the area.

He said the next challenge was keeping all the manpower together to meet deadlines. If a foreman contracted COVID-19, quick changes in personnel had to be made to the project wouldn't fall behind.

Now that the building construction is completed, Carr can't wait to see the parks throughout the project finished so his kids can begin to play there.

Project Manager Angel Ortiz said when he walks between the buildings at Waterside Place, he visualizes both the parks that will eventually be there along with the effort it took to get to this point.

"I still visualize all the scaffolding and the concrete guys pouring the beams and the columns," he said. "And now I can see people enjoying themselves."

Those visiting will enjoy the Alaskan yellow cedar, stained tongue-in-grove pine and James Hardie siding with wood grain accents, among the many material upgrades.

"There was an incredible amount of attention to detail, Willis Smith President David Sessions said. "It is a reflection on the high standard Lakewood Ranch has established.

"And I see myself hanging out here."

Many of the Willis Smith managers who were on site now head for other assignments. Jeffrey Loffredo, a project co-manager, is off to Wellon Park in Sarasota County to work on another entertainment and restaurant hub.

That project involves five buildings, something Loffredo has learned about constructing at Waterside Place.

"I know how to make sure they all finish at the same time," he said. 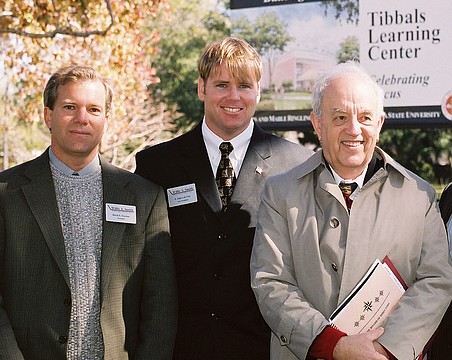 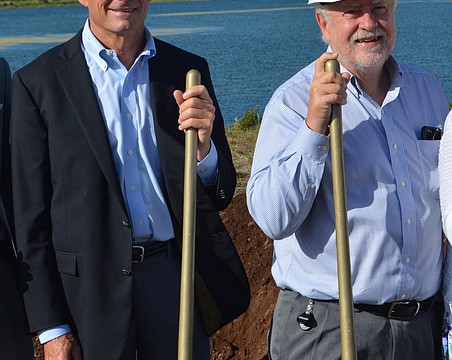 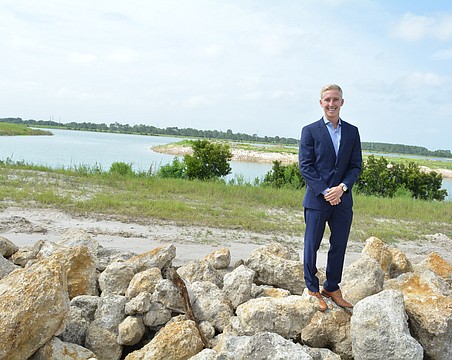 Waterside at Lakewood Ranch may be restaurants' meal ticket 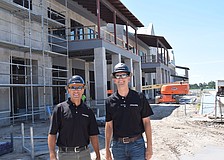 Another Waterside Place milestone by Willis Smith in Lakewood Ranch 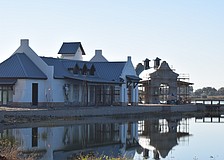 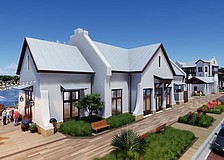 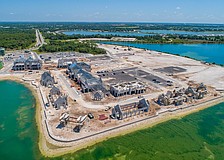 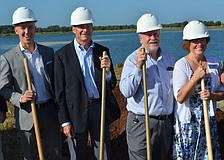