Manatee County should slow down on building new animal shelter

If Bishop Animal Shelter donation comes to fruition in Bradenton, Manatee County might not need to build a new shelter.

I love pets. Dogs, cats. Bring them on.

I have a soft spot in my heart for them, especially when they are abandoned or mistreated.

That being said, I don't want Manatee County spending $8 million of our tax dollars to build an animal shelter in East County. At least not now.

There, I've said it. I know that's an unpopular position. I just want to see Manatee County reduce its footprint in the animal shelter business.

I think it's time to take the emotion out of this decision.

District 5 Commissioner Vanessa Baugh is under fire because she once was in favor of spending the money for an East County animal shelter and now has changed her mind. To some pet lovers, she is a modern day Judas.

But things have changed since Baugh voted in favor of the project in April 2019. One, she toured Manatee County's existing animal shelter ( 305 25th. St. W., Palmetto) with a builder, who assured her the building could be renovated for approximately $1 million, far less than it would take to purchase a new property and to build a new facility in East County.

Then in February, the Mary Parker Foundation announced its intention to donate Bradenton's Bishop Animal Shelter, a $9 million state-of-the-art facility, to Manatee County. Hallelujah, it seemed. Another shelter would no longer be needed.

But those who worked hard to win the county's support to build a new shelter in East County, became annoyed. The county is growing by dog leaps and cat bounds. The need for more animal shelter space will be greater than ever.

In a letter to the editor sent to the Bradenton Herald in June, Commissioner Misty Servia wrote, "The Bishop facility will replace the rat infested, crumbling Palmetto shelter and will be filled with animals the day we accept it."

Who took care of this facility, which opened in 1940?

So the county allowed it to get to the crumbling, rat-infested stage?

Do we want to give millions of our tax dollars to the county, which allowed this to happen, to expand its presence in the animal shelter business? I don't think so.

So is there a solution?

Sure. Support some or many of the non-profit animal shelters that already exist in the county with tax dollars. It could be a public-private partnership.

We could renovate the original shelter and hire a staff to run the donated Bishop Animal Shelter. Hopefully, that will handle most of the abandoned pets collected by the county. So those facilities don't get overcrowded, keep pets moving out of the county facility by sending them off to the non-profits the county would support. Provide funds to the non-profits on a yearly basis with a contract that specifies they handle a certain number of pets, if needed.

Anyone who has visited Nate's Honor Animal Rescue or the Humane Society at Lakewood Ranch knows these are efficient organizations that have an amazing passion for taking care of animals. Why compete with them?

The whole idea of needing to have a shelter in East County so people don't have to drive 30 miles to adopt a pet would be moot. These non-profits already exist in East County. Besides, if the county is providing those nonprofits with substantial funding, they can enhance their online presence that would allow potential adoption to be accomplished without a visit. If people can buy a house without visiting the site, I would imagine they could adopt a pet in the same manner.

At the very least, commissioners should slow down on their rush to build a new animal shelter. Finalize the donation of the Bishop Animal Shelter and then find out what it will cost to run the place. Renovate the existing county facility in Palmetto and determine whether those two facilities are enough. If not, have discussions with existing non-profits about a public-private partnership. Crunch the numbers.

If any of this pushes your buttons, act quickly to tell commissioners how you feel. The summer break for the commissioners is over and meetings begin again July 27.

I've said my piece. It's time to pet my dog. 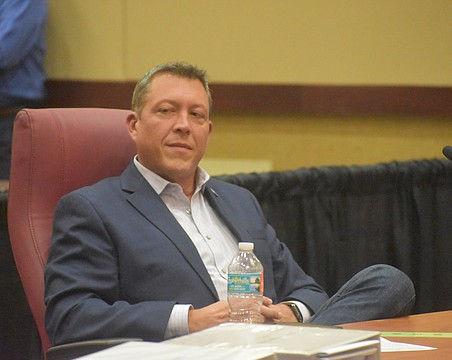 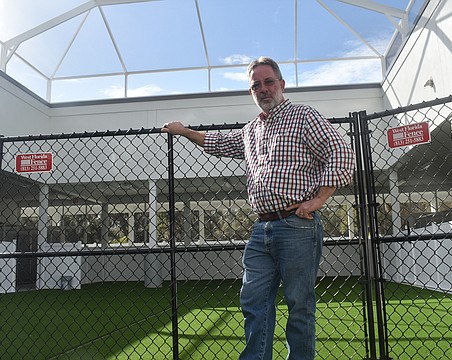 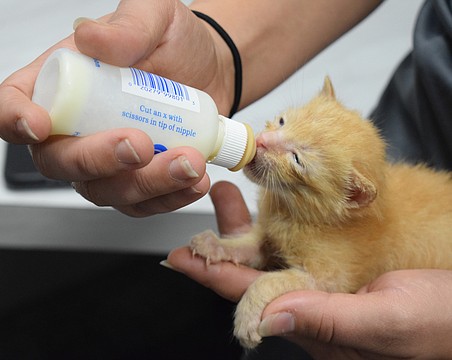 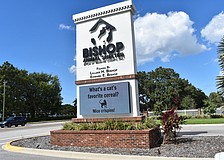 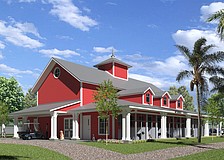 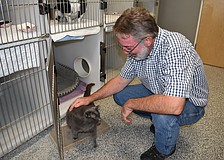 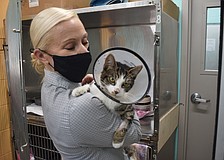 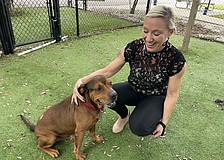