Robert T. (Bob) Ruff, a 40-year resident of Longboat Key, died at his home in Longboat Key on July 13th, 2021, after having celebrated his 93rd birthday just two months before.

Robert T. (Bob) Ruff, a 40-year resident of Longboat Key, died at his home in Longboat Key on July 13th, 2021, after having celebrated his 93rd birthday just two months before.  One of his daughters was with him at the time of his passing.

Bob was born in La Crosse, Wisconsin and raised in Springfield, Illinois where he started his high school’s tennis team after discovering his high school did not have one. Once he started playing, his love of tennis began. He attended the University of Illinois where he graduated in 1949 with a degree in Mechanical Engineering while managing the university tennis team.   It was at U of I where he met Mary Ann Halpin who would become his wife in 1952.  They had a long and loving marriage while raising two daughters until Mary Ann passed in 2012 after 59 years of marriage.

Just after the end of the Korean War, Bob spent two years in the US Army where he perfected his backhand as Captain of the First Army Tennis Team.  Tennis had become a lifelong passion he would pursue as an avid player well into his late 80s.

Bob started his working career as a foreman at the LaGrange, Illinois General Motors plant building locomotives.  While working for General Motors, Bob also put himself through night school at the Chicago Kent College of Law, graduating in 1957 with a Juris Doctor degree.  After completing his law school studies, Bob transferred to GM’s Patent Law Section in Washington, D.C. where he was admitted to the Patent Bar and practiced patent law before the US Patent Office. Bob was also later admitted to the Illinois and Indiana State bars.

After practicing patent law for GM in Washington for several years, Bob and his family moved to Columbus, Indiana where he became a founding member of the newly formed law department at Cummins Engine.  There, for more than 30 years, Bob continued to practice corporate law and, for the last ten years of his tenure at Cummins, he acted as lead defense counsel in products liability lawsuits brought against Cummins in various State and Federal Courts and in several contested matters in Europe and Asia.

While living in Columbus, Bob was involved in many civic activities.  He was President of the Retirement Foundation of Bartholomew County, President of the Tulip Trace Council of Girl Scouts, Area Governor of Toastmasters International and served on the Board of Directors of the United Way.  While raising his family with loving care, practicing law, becoming an avid reader and serving his community, Bob became a licensed pilot at the same time he continued to zealously pursue his love of tennis, taking the title of City Champion numerous times against any and all challengers, including men many years his junior. Bob and his younger daughter, who absorbed her father’s passion for tennis, intimidated the competition and won the City Father/Daughter championship. A formidable pair!

In recognition of his dedication to tennis at the Longboat Key Club, a new award was created in his honor, the Robert T. Ruff Award, which is to be given to others who demonstrate the tennis leadership qualities Bob demonstrated.

In retirement, Bob’s love of tennis resulted in his decision to volunteer to become the longtime leader and organizer of the Senior Men’s tennis group at the Longboat Key Club where he was also the men’s 4.5 club champion on several occasions.  Bob was at the courts most days making sure that as many as 40 men wanting to play were matched up with partners of similar skill sets and abilities.  And in the days before spreadsheets, he did all of this in his head!  In recognition of his dedication to tennis at the Longboat Key Club, a new award was created in his honor, the Robert T. Ruff Award, which is to be given to others who demonstrate the tennis leadership qualities Bob demonstrated.

Bob was preceded in death by his parents, Clarence and Margaret, and by his loving wife, Mary Ann.

Bob is survived by his younger daughter, Elizabeth (Liz), her husband, Aaron Rutledge and their two daughters, Lauren and Lily.

He is also survived by his elder daughter, Katheryn (Kay), her husband Stephen (Steve) Lewis and their children, Remy and Graham, who lovingly called their grandfather “Grumpy” because of his teasing sense of humor.

A private family gathering will take place in Bob’s hometown of Springfield, IL in the coming days and the family will host a memorial gathering to celebrate Bob’s life for family and friends at the Longboat Key Tennis Gardens on October 16, 2021.

DONATIONS:
In lieu of flowers, donations for scholarships in the name of Robert T. Ruff should be made to the United States Tennis Association (USTA) Foundation, 70 West Red Oak Lane, White Plains, N.Y. 10604. 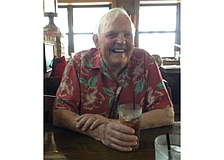 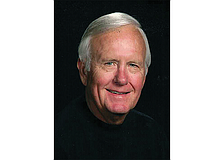 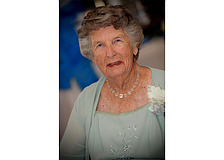 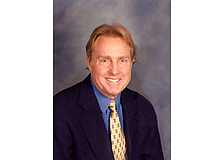 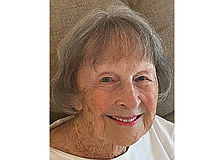