Long dormant, the Lakewood Ranch Medical Center Auxiliary has been reanimated, and renamed, as it works to provide nursing scholarships in a high-profile time for the profession.

Until the pandemic began its rampage last year, nurses didn’t occupy much space in the public consciousness.

That’s changed, huh? These scrubs-clad, PPE-cloaked women and men have come to the forefront as tireless, over-stressed and courageous front-line workers. Heroes, if you like.

Carole Cowan knows all too well the vital role that nurses play in the health care infrastructure, and how — pre-pandemic — their profession was often taken for granted. She served for 25 years as president of Middlesex Community College in Massachusetts, known for its robust nursing education program. After retiring, she moved to Lakewood Ranch in 2017.

Not looking to while away the hours playing canasta at the clubhouse, she spearheaded the revitalization of the long-dormant Lakewood Ranch Medical Center Auxiliary, which raises money and awards $1,000 scholarships to nursing students. In fact, as the organization’s president, she helped pull it into the 21st century in October by renaming it the Lakewood Ranch Medical Center Foundation.

“Being a foundation enhances our ability to raise money and for people to make contributions,” Cowan explains. “An auxiliary is more involved in a lot of activities. Foundation better defines our primary objective — raising funds to create scholarships for nursing students — and our broader mission to make sure the workforce is there for the future.”

Since coming back to life, the auxiliary-cum-foundation has generated modest but nonetheless valued results, issuing five scholarships in 2019 and eight in 2020. Ten awards are slated for 2021. Cowan says that no master plan exists to transform the organization into a fundraising juggernaut. “Sure, we’d like to have large donations,” she says. “But for now we’re comfortable with where we are, and [we] will take opportunities as they arise.”

Last year, the foundation granted scholarships to all of the students who applied.

Largely due to the pandemic, the nonprofit altered its fundraising approach in 2020. For the first two years, the bulk of scholarship money came from the Jingle 5K race, which exclusively benefits the auxiliary. In 2020, the event was conducted virtually, with participants receiving a bib and a chip that timed their individual run. The virtual race took place over several days in late December.

Not surprisingly, the virtual 5K did not generate as many dollars as a live one, so the foundation shifted its focus to promoting individual name scholarships sponsored by businesses, individuals and families. Cox Chevrolet and Grove restaurant have committed to scholarships this year. Cowan herself contributed $1,000 for the Cowan Family Scholarship.

Mary Weems was one of last year’s recipients. She works as a licensed practical nurse at the Lakewood Ranch Medical Center and is currently taking classes at State College of Florida to become a registered nurse, which she’s on track to earn in December. “The scholarship has been very helpful,” Weems says. “It’s money I don’t have to pay off in school loans over the years.”

Weems, a married mother of an 11-year-old, juggles three 12-hour shifts a week at the hospital, mixes in classes and has one day off. She has witnessed up close the stress that the COVID-19 pandemic has put on the hospital, and nurses in particular. Early on, Weems says, several of them contracted the disease and had to quarantine, stretching the staff. A few quit for fear of working under such risky circumstances.

Nurses designated for COVID-19 rooms have to heavily gear up with personal protective equipment. “When we put on gowns, gloves, masks, respirators, face shields and the rest, we know we won’t take them off until we’re done treating the patients,” Weems explains. “That means you can’t eat or drink or go to the bathroom. I’ve seen some nurses work like that from 7 a.m. to 4 in the afternoon. It’s hot — they come out drenched in sweat. Those pictures of lines imprinted on nurses’ faces are real.”

Regarding nurses being hailed as heroes during the pandemic, she says, “In the first three or four months, that recognition helped our spirits as we tried to get through all the changes. But as time wore on, I feel like we’ve come back down to earth. We do still need to feel like people need us.”

None of these issues has dampened Weems’ desire to become an RN. “When you sign up for this, you know you’ll be in sketchy situations,” she says. “I know the job isn’t easy, but it makes me feel like I’m making a difference in the world. Every person you care for lifts your spirits. It’s grueling, but you come home at the end of the day knowing you did good work and helped people.” 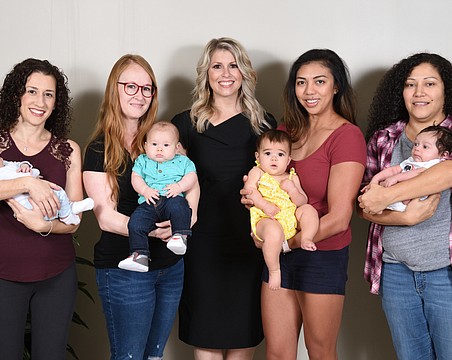 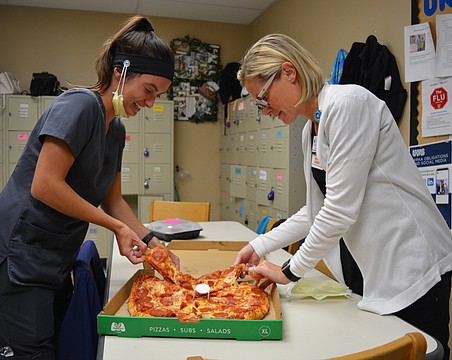 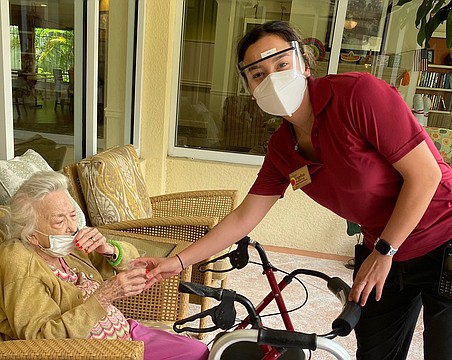 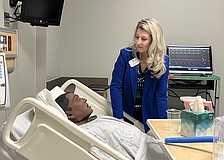 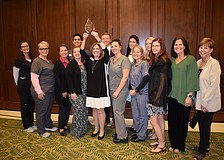 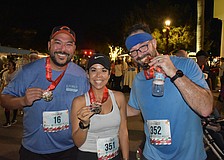 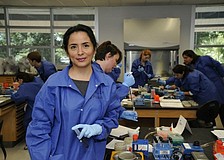 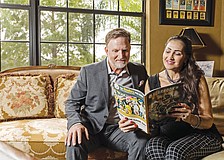