As a developer proposes 250 apartments for the corner of Tuttle Avenue and Bahia Vista Street, efforts to defend the scale of the project aren’t swaying neighboring opponents.

Over the course of nearly two hours on Aug. 9, about 20 residents primarily residing in Arlington Park sent a unified message to the prospective developer of the 2750 Bahia Vista St. site: We don’t like your plans, and we think it’s a bad fit for the neighborhood.

Representatives for the developer held a community workshop to discuss a revised proposal for apartments on the 6.1-acre parcel at the southwest corner of Bahia Vista and Tuttle Avenue. The property owner intends to submit an application seeking a comprehensive plan amendment and a rezoning to allow a four-story, 250-unit residential complex.

The land, the former site of Doctors Hospital of Sarasota, is zoned for medical and charitable institutional use. The future land use designation of the site is multifamily, medium density, but the owner is asking the city for a change to multifamily, high density. The applicant is also asking for a rezoning to a multifamily district that allows for up to 50 units per acre, a designation that would require the project to incorporate 25 affordable units.

In 2019, the owner submitted plans for a 233-unit apartment complex called Arlington Commons but withdrew the application in November. Joel Freedman, a planning consultant working on behalf of the owner, said the new project — now called Bahia Vista Apartments — is designed to respond to resident feedback gathered in the past two years.

Freedman noted the preliminary site plan limits access points to Bahia Vista and Tuttle, a feature designed to limit a traffic increase on residential streets. Freedman also said the two 47-foot-tall buildings would be designed to create a residential feel,  though conceptual images were not shown at the workshop.

The design of the Bahia Vista Apartment plans did little to stem the resident opposition. Objections raised at the workshop were consistent with concerns raised regarding the Arlington Commons proposal. Neighbors said the proposal would add too many residents to the area, create traffic issues and otherwise alter the dynamics of Arlington Park.

“I’m not really happy about the whole idea,” resident Mary Budd said. “I think we’re just trying to maintain the character of the community.”

Properties neighboring the site carry residential single family, office, medical and charitable zoning designations. The proposed buildings would be 12 feet taller than the maximum 35-foot limit in the residential single family districts. Steve Horn, a partner at Ian Black Real Estate working on the project, said the medical zoning designation would allow for a development more intense than the planned apartments, though Arlington Park resident Rob Grant questioned the likelihood of such a project being built.

“What we’re asking for now is effectively a downzoning of the property to the 250 units, and what we think is a project that’s more in keeping with the neighborhood, the area and especially what’s needed right now — which is affordable housing,” Horn said.

Critics of the proposal questioned the applicant’s interest in collaborating with neighbors, stating the new plans were not responsive to concerns about the proposed density of the project. Representatives for the project said they would take input into consideration before submitting a finalized application to the city, and they vowed to meet with neighbors again. Freedman said the project would need to go through a traffic study before going to the City Commission for consideration next year.

Some speakers at the workshop asked why the developer couldn’t pursue a project with fewer units. Grant suggested a cottage court complex would be more appropriate. As a favorable point of comparison, he cited the Payne Park Village project, which featured three- and four-story single-family homes with a density of less than 16 units per acre. Resident Virginia Hoffman said she did not believe affordable housing was a pressing need.

“Just go ahead and build a smaller number of luxury apartments; we’ve got $1.5 million houses all over our neighborhood,” Hoffman said. “Just build some fancy condos and call it a day and stop crowding us. Maybe you’d consider that.”

Representatives for the applicant said the project team considered a variety of configurations.

“​​The owners feel this is the best option for them and for the city and for the neighborhood moving forward,” Horn said. 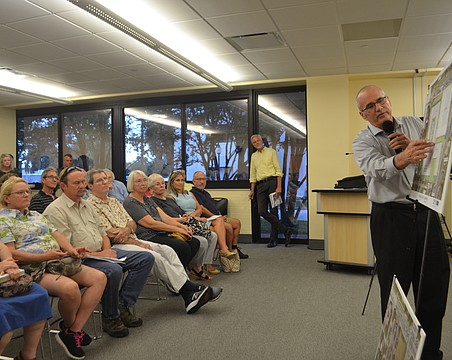 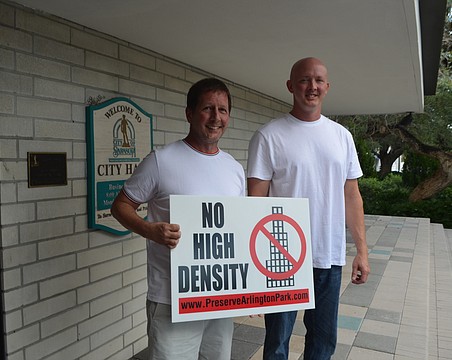 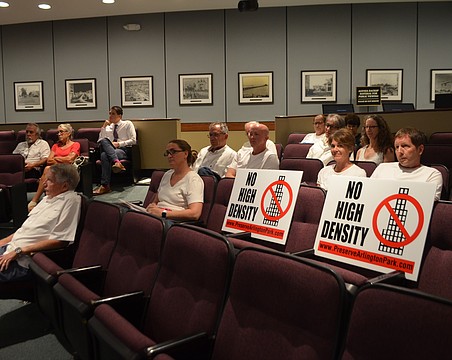 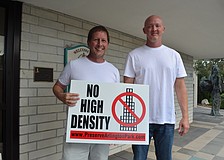 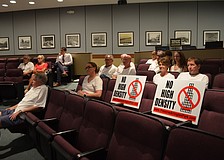 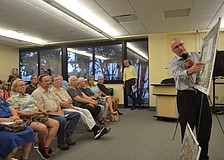 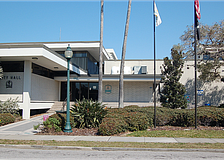 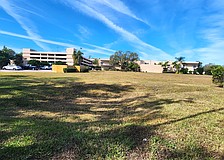