Some days, dead fish accumulate and there is a foul odor. Other days, conditions are pristine.

Like many nearby barrier islands, red tide conditions have fluctuated during the past few weeks in the town of Longboat Key.

“I’ve been out every day…looking at a couple of canals and a couple of beach accesses, and it changes every day,” Town Manager Tom Harmer said. “We saw that before in 2018, but we’re seeing it again now.”

Some days have a mild to moderate dead fish accumulation and a pungent odor. Other days, Longboat Key has no appearance of red tide, and conditions are pristine. Often, the difference is wind direction.

During the week of July 19, Manatee County sent crews with trash bags to clean up dead fish on part of Greer Island. Manatee is expected to rake its end of Longboat Key this week. Town staff is scheduled to rake the rest of the gulf-front beaches also this week.

“Greer Island is a county park, so they were doing some manual clean-up on their property at Greer Island,” Harmer said.

The town allocates $50,000 each year for red tide cleanup. Any unused funds go back into the general fund and help offset the cost for the next fiscal year. In 2018, the town spent $59,517 in mitigation costs while collecting more than 90 tons of dead fish from beaches and canals.

However, Longboat Key’s policy requires three to four tide cycles and a moderate level of dead fish accumulation before the town initiates a clean-up of a specific area.

Harmer said the town is the only local government in Sarasota and Manatee counties that does fish kill clean up in canals. He said he knows it’s frustrating for residents and town staff.

“We can’t chase the fish,” Harmer said. “We’d never live up to that, and it would be so inefficient and wouldn’t make a difference.”

Residents recently discovered dozens of sharks swimming in canals. Sea-life experts explained they were seeking higher levels of oxygen away from areas of red tide.

Harmer said Public Works crews have visited canals in the Country Club Shores neighborhood to respond to residents’ complaints. On July 16, the town cleaned up a canal in the neighborhood that had a moderate accumulation of dead fish.

Often, the conditions are much improved by the time town crews arrive.

“Part of it was the irritation (and) respiratory, which doesn’t go away just because you take dead fish away,” Harmer said. “You can go stand on the beach right now, and you’d be all choked up.”

However, Harmer said he saw bigger dead fish and more of an accumulation in 2018 compared to this year.

According to Harmer, Manatee County has purchased three specialty boats that have mechanical equipment for the purpose of cleanup. Harmer said the town was working to get more information on the specifics of the boats. It will take several weeks before the boats arrive.

“We’ll get more information about, what’s their capability? How much do they cost? Can we have access to them for at least a portion of our island?” Harmer said.

Sarasota County does not offer a similar boat service to combat the effects of red tide, according to Harmer.

“I think it is just another example of the challenges of being in two counties,” Harmer said.

“We are also discussing other ways to partner depending on the extent and duration of this red tide event,” Harmer wrote in an email to commissioners.

Harmer said the Florida Department of Environmental Protection might make some funding reimbursable for the counties and municipalities for costs associated with the red tide response. The town plans to follow up with Sarasota County about the possibility of reimbursement. 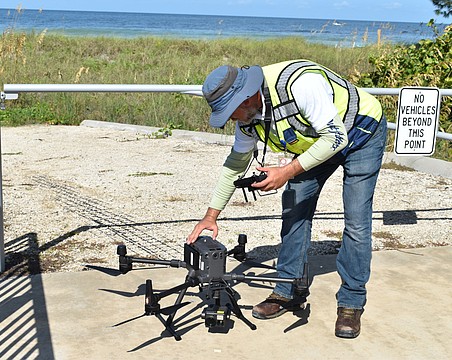 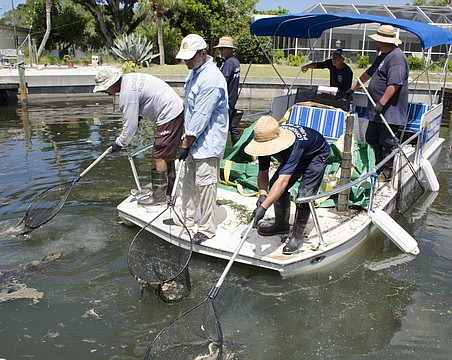 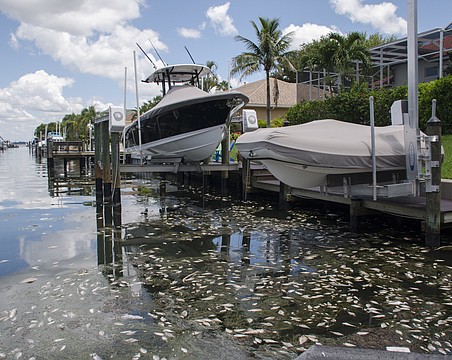 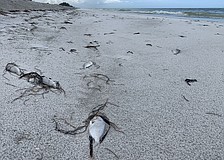 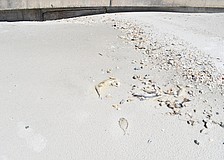 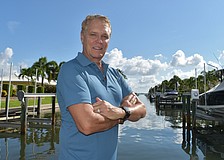 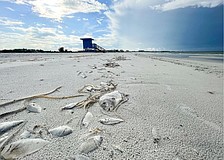 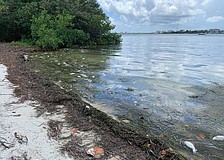