East County would be huge part of an effort to create a countywide trail system.

Stops along the trail

If realized, the planned Gateway Trail system eventually would run along or through locations in Manatee County that include:

Parks and Natural Resources Director Charlie Hunsicker has been working to bring a countywide trail system to Manatee County for 25 years.

From Lakewood Ranch to Robinson Preserve, the county has its share of trail systems located within specific parks or communities. However, unlike some neighboring counties, it does not have a county trail system that connects and stretches across different areas.

Hunsicker said the county's staff is optimistic it can create a trail system, called the Gateway Trail, that winds through much of Manatee County and stretches more than 20 miles. It would connect with Sarasota County’s Fruitville Road and Payne Park to the south and Hillsborough County to the north.

He is committed to completing the trail design within the next four years and would like to see the trail built from University Parkway to Chance Reserve in the same timespan. Commissioner George Kruse said in March he would like some of the $78 million in federal money the county will receive through the Great American Rescue Plan to be used for the trail system.

The trails would be suited for walkers, runners, cyclists and, in most cases, horseback riders. It would start as a hardshell surface, but some portions, if not the entire trail, would eventually be paved as more funding becomes available.

Hunsicker said Schroeder-Manatee Ranch already has constructed a 10-foot-wide sidewalk along the road, which it will share with the county and prevent the need for Manatee County to build a trail on the right of way it owns about 100 yards east of the road. Using the sidewalk will save the county more than $1 million.

The Gateway Trail would also run through Lake Manatee State Park, Rye Preserve and along parts of Lake Manatee’s northern border before turning northeast toward Chance Reserve. Hunsicker said the trail would give Manatee County residents the opportunity to see landscape that otherwise exists only in the Myakka River Valley.

“This trail is going to pass through some of the most protected and pristine Florida native territory that we have in Manatee County,” Hunsicker said. “It makes it possible for our residents not only to enjoy short hourly or half-day trips that are taken up simply by moving from A to B, but by landing in these state and county park locations, getting time through access to experience the parks themselves.”

Eventually, Hunsicker said he hopes the trail will curl back to the southwest after reaching Lake Parrish, allowing it to run through Parrish, Ellenton and along Manatee Avenue. It would then culminate with a route across Anna Maria Sound to Anna Maria Island before stretching down to Longboat Key, St. Armands Circle and linking back at Payne Park in Sarasota.

Hunsicker said the Gateway Trail is part of the planning network for Florida’s Shared Use Nonmotorized Trail Program, also known as the SUN Trail Network. The SUN Trail Network, which consists of both existing and planned trails, would cover much of the state’s coastline and contain at least three routes across the state from the Gulf of Mexico to the Atlantic Ocean.

“We like to think big here,” Hunsicker said. “That's how the Appalachian Trail came together, piece by piece, state by state, town by town. Florida's SUN Trail Network is doing the same thing. It’s coming together piece by piece, county by county, parcel by parcel.”

The county owns all the land it needs for its planned trail system from Edward W. Chance Reserve in the north to University Parkway on the southern border. North of Chance Reserve, the county has identified corridors a few miles wide where the trail could go, pending the opportunity to negotiate with landowners.

“It’s where we can get the land in cooperation with the underlying landowners,” Hunsicker said. “Without their cooperation, there's no trail. We're not going to be condemning or taking any property for a recreational trail. If I were a property owner, I'd like to be able to hear that from somebody in the government. We suffer under the reputation of governments that simply take land that's needed and necessary for road construction.”

Besides negotiations with landowners, Hunsicker said the last remaining hurdle to implementing this plan is finding the funds for it and gaining approval from commissioners. He said the former is the biggest challenge, because there are many other priorities when talking about Manatee County parks.

“Last time I checked, nobody can play pickleball on a trail like this,” Hunsicker said. “Nobody can swim lanes on a trail like this. And those do have priority in the community, in terms of recreational assets. My favorite saying here is attributed to Yogi Berra. ‘When you come to a fork in the road, take it.’ Because one priority need not halt progress on yet another. And if we don't plan ahead for the alignment of this trail, we won't have a trail.” 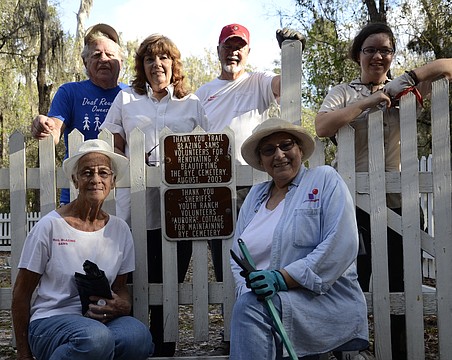 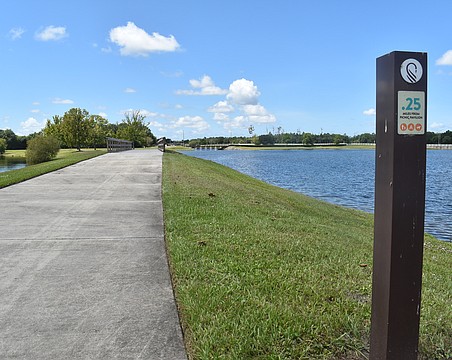 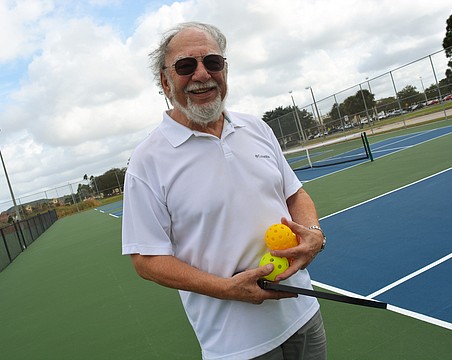 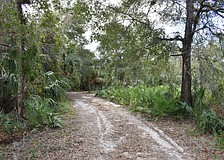 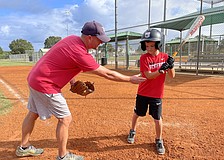 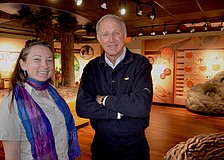 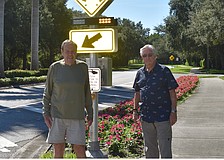