Despite community optimism about finding a workable compromise, the Sarasota Orchestra stands by its belief that it needs to use land in Payne Park to remain in the city.

At the March 1 City Commission meeting, before the board voted 4-1 to engage with the Sarasota Orchestra on the possibility of building a music hall in or adjacent to Payne Park, officials and residents expressed hope they could minimize or altogether eliminate the need to use any actual parkland to facilitate a project.

Today, the Sarasota Orchestra dismissed that notion, holding firm to its 2019 assertion that it needs seven acres to accommodate a new venue — and that such a project cannot be accomplished within the city limits without using some land within Payne Park proper.

In a report sent to city officials, the orchestra rejected two community-generated proposals for alternative land configurations for a venue. The venue stood by the research that led to the initial proposal submitted to the city two years ago — which the City Commission denied following outspoken public opposition from park users.

Joe McKenna, president and CEO of the Sarasota Orchestra, emailed a report on the orchestra's search for a new venue to City Manager Marlon Brown and other city officials at 6:29 p.m. today. After the commission voted to reconsider the use of land in Payne Park, which the board had previously ruled out in 2019, city management contacted the orchestra in an effort to rekindle a dialog about a new music hall. McKenna pledged to provide an update to the city before the end of the month.

The orchestra announced its intent to relocate from the Beatrice Friedman Symphony Center in 2018, stating the bayfront facility was inadequate for meeting the organization’s needs. Plans for a new venue include an 1,800-seat concert hall, a 700-seat flexible recital hall, rehearsal spaces and an education wing.

In the report, the orchestra stated the City Commission would need to affirm that it has the legal authority to authorize the construction of a music hall in Payne Park before the orchestra could engage further on a potential project. When the city purchased the land that is now Payne Park in 1925 at a discounted rate, it came with a deed restriction stating the property should be used “for park, playground and kindred uses and for no other use or purpose.”

Residents have pointed to that clause to argue that a music hall in Payne Park would violate the deed restriction. In 2019, City Attorney Robert Fournier wrote a memo stating Florida case law “could support a potentially successful legal argument” in favor of a music hall should the city proceed down that path, though a direct precedent has not been set.

Without the commission affirmatively asserting its right to approve a music hall in the park, the orchestra said further dialog with the city would not be prudent. In 2019, the orchestra said its preliminary search determined Payne Park was the only viable site for its purposes within city limits.

Even if the city did comply with the orchestra’s request, the report said the organization would continue to explore all its options within the region rather than limit its focus to Payne Park.

“If the city were to adopt a favorable policy and accept the authority granted to them by the state statute, the orchestra would look forward to further dialogue; however, our search for the best site for a transformational music center continues,” the report said.

McKenna said the orchestra’s affirmation of its previous conclusions were not a sign of intractability, but rather a signal the organization believes in the research that led to its original building concept and proposal.

“The orchestra is not inflexible,” McKenna said. “The orchestra does believe in good planning and that when concepts are drawn, they actually have their foundation in extensive planning.”

After Mayor Hagen Brody initially suggested reconsidering the use of land in Payne Park in February, critics of the orchestra’s initial proposal emerged to state they continued to oppose the loss of any green space for a private project.

Kelly Franklin, president of the Preserve Payne Park coalition, said she was initially optimistic about the possibility of accommodating the orchestra’s needs without eliminating any parkland. After hearing about today’s update, however, Franklin was highly critical of the orchestra’s handling of its search for a new venue.

Franklin said the orchestra’s insistence on using land in Payne Park was either a sign of entitlement or an indicator that the organization was not working with the city and the community in good faith. Franklin said she feared opponents of the proposal would be viewed as an obstacle to the orchestra remaining in the city, but she said that opposition grew organically in response to a plan the community viewed as unreasonable.

“I think this ridiculous idea is solely an excuse to have someone else take a blame for the decision to relocate the orchestra closer to [Interstate] 75, where it can draw from its dwindling base for that type of music,” Franklin said.

Active proponents of retaining the orchestra within city limits also encouraged the organization to explore alternatives to the plan submitted in 2019. The Friends of Sarasota Orchestra Ad-Hoc Committee, a group formed to encourage the orchestra to remain within the city, submitted a memo to the orchestra identifying three different sites on the boundaries of Payne Park it thought could adequately house a new venue. Architect Michael Halflants also put together a concept plan reliant on the use of land adjacent to Payne Park, an idea that drew an endorsement from City Commissioner Kyle Battie earlier this month.

In the report, however, the commission outright rejects the possibility of further exploring all of those alternatives. The report stated the orchestra has not seen the Halflants proposal, but it said downsizing from the seven-acre footprint the organization initially requested is a nonstarter.

“The suggestions outlined by this unaffiliated and unknown entity do not provide sufficient land for the music center’s current building program without use of park land,” the document said.

McKenna reiterated the orchestra’s opinion that the entirety of the facility plan it identified in 2019 is necessary to support the organization’s operations, and that accommodating such a facility with less land is not possible.

“I think it’s important to note that, as the result of several years of planning with a distinguished team of qualified people, that was the basis by which our building program was developed,” McKenna said.

The report also rules out the use of land at the Sarasota Fairgrounds, an option Commissioner Erik Arroyo said he wanted to explore. Arroyo met with representatives from the orchestra and the Sarasota County Agricultural Fair association on March 8, but the report said the meeting did not change the orchestra’s determination the site was not workable.

“In effect, the March 8 meeting, organized with interest from the vice mayor, confirmed there have been no new developments since meetings between the fair association and orchestra several years ago,” the report said. “Therefore, the site is not a viable option.”

The report concludes by reaffirming the orchestra’s belief that the commission must make a determination about the viability of building a venue in Payne Park before any dialog can continue.

“... Further consideration of Payne Park requires the city first resolving the public policy questions about land use and the reimagining of Payne Park,” the report stated. “Planning can only follow policy.”

Although the commission has expressed a strong desire to keep the orchestra within city limits, a majority of the board has also indicated a preference not to use a significant amount of land in Payne Park for a music hall. In February, Brody said he remained opposed to the orchestra's 2019 proposal and expressed an interest in exploring alternate options. Commissioner Jen Ahearn-Koch said she is opposed to the use of any land in Payne Park. Battie said he wanted to limit the inclusion of any parkland, and Arroyo said he did not see a need to restrict the focus of any conversation with the orchestra to just Payne Park.

Commissioner Liz Alpert, the lone vote in favor of the orchestra’s 2019 proposal, said she believed the city should be proactive in its efforts to retain the performing arts institution.

“I believe they need a signal from the commission that it’s worth coming back to the table, and we’re really on board with making this happen,” Alpert said in a previous interview with the Sarasota Orchestra.

Franklin admonished any official who was willing to consider repurposing land in Payne Park for the orchestra’s needs, stating her belief it was a moral failing to give up property specifically dedicated as public open space. She also believed it could be a legal failing, vowing to file a court challenge in response to any effort to build a concert hall at Payne Park.

McKenna said the orchestra anticipated the city would need to take time to consider the information shared in the report, and he said the organization was willing to wait for officials to come to a conclusion on how to proceed.

This article has been updated to include comment from Sarasota Orchestra President and CEO Joe McKenna. 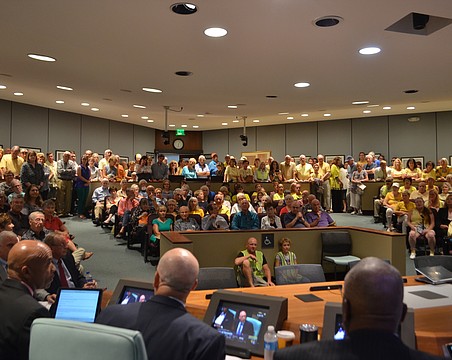 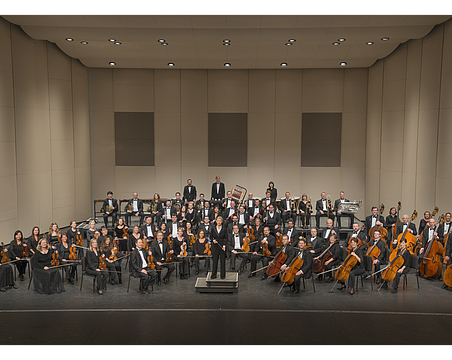 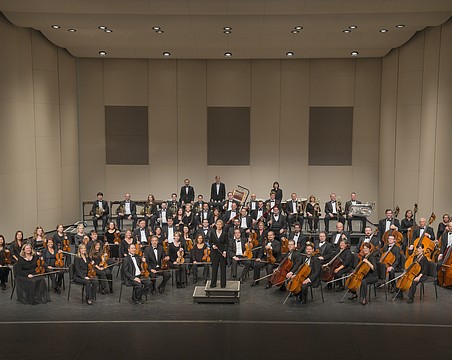 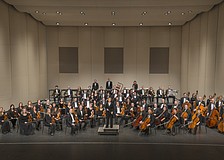 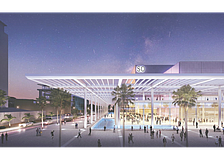 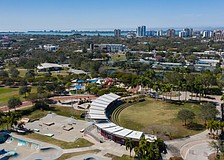 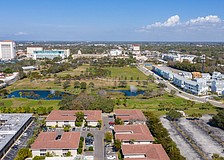 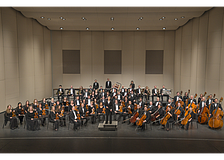