The only U.S. opera house to stage Catalani's alpine tragedy in a century does so brilliantly

The final entry in the 2020 Winter Festival season of the Sarasota Opera is a vocally resplendent production of Alfredo Catalani’s “La Wally,” which opened Saturday night.

Sarasota Opera has a history of acquainting its audience with little known or seldom performed works, such as “Halka” in 2007, “Tiefland” in 2018 and last season’s “Rita.”  “La Wally” has had only two productions in this country in over 100 years — both by the Sarasota Opera —  first in 1989, with Stephanie Sundine singing the title role, and the current offering.

Based on a novel of the Tirol by Wilhelmine von Hillern, “La Wally” combines the sure-fire dramatic elements of arranged marriage, refusal, inherited wealth, a spurned suitor, true love, rejection, attempted murder, accidental death and sacrifice, with a kaleidoscope of musical color and melody that deserves to be heard more often.

Catalani was born in Lucca in 1854, but spent a great deal of his time in Paris, where he was influenced by the works of Massenet, Wagner and perhaps Richard Strauss, as well as Verdi and other Italian composers.  Massenet’s “Manon” must have made a strong impression on Catalani, since “La Wally” is much more lyrical than its verismo plot would indicate. All the drama is encased in melodic lines that could only be Italian, probably serving as inspiration for Puccini, Mascagni, Leoncavallo and others.

“La Wally” is very much a singer’s opera, and those assembled for this production are about the best one could find on any stage.

The role of Wally was to have been sung by Teresa Romano, who withdrew from the production due to illness. Her replacement was studio artist Caitlin Crabill, who had covered and performed the role of Turandot last season. Covering a role in the standard repertoire is one thing, but to be a last-minute replacement for one that is seldom, if ever, done requires a great deal more. Crabill was more than up to the task and gave an exquisite performance. She has a big, bright soprano voice that soars easily over the orchestra. She sang Wally’s aria, “Ebben! ne andro lontana”(“Well then, I will leave”) with great feeling, and she really grew into the role as the evening progressed.

Since his last appearance here in 2015, tenor Rafael Davila has sung at the Metropolitan Opera, Chicago Lyric Opera and San Francisco Opera. He brought all of this experience to bear in his outstanding performance as Giuseppe Hagenbach, who is ultimately reunited with Wally. Davila’s voice has grown but has lost none of its honeyed timbre, and his last-act duet with Crabill was beautifully sung.

Sean Anderson, also returning after an absence of several seasons, was the rejected suitor, Vincenzo Gellner. His was a strong performance, vocally and dramatically.

Jessica Sandridge, this season’s Musetta, sang the trouser role of Walter, Wally’s young companion. Her first act “Song of the Edelweiss” set a high vocal standard for the evening. Afra, the innkeeper and fiancée of Hagenbach, was ably sung and acted by Lisa Chavez, and Ricardo Lugo as the foot soldier contributed his hearty basso and acted with gusto. Young Bok Kim sang and performed with his usual skill as Wally’s father, Stromminger.

These fine principal singers were supported by the excellent chorus of apprentice artists, meticulously prepared by Jesse Martins.

Victor DeRenzi obviously has a special love for this opera, as he conducted with more than his usual great attention to detail and nuance, somehow making sure we received every melody and emotion Catalani’s score had to offer. The orchestra was with him all the way.

Stephanie Sundine must have surely experienced some personal nostalgia, as her direction evidenced great care and concern for every facet of this excellent production.

Catalani’s “La Wally” may not fall into the operatic category of a neglected masterpiece but it certainly deserves to be seen more often. With this outstanding cast, it’s an evening of gorgeous singing, lovely melody and great drama,  even including a blizzard and an avalanche. 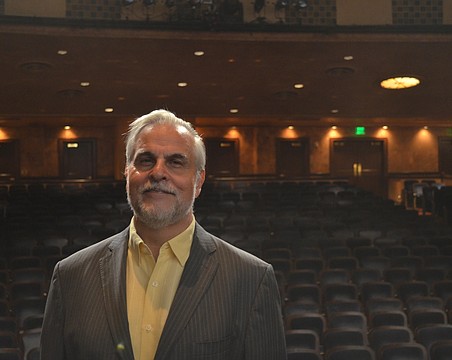 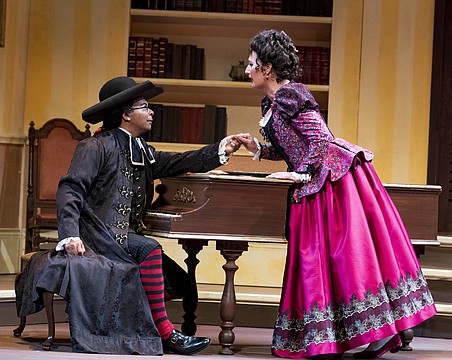 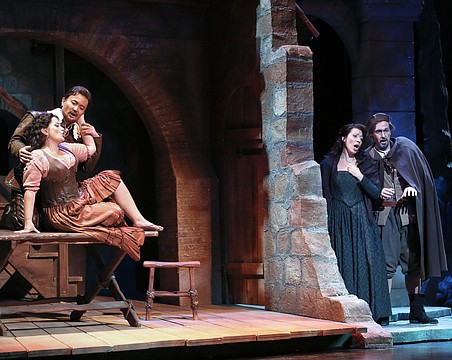 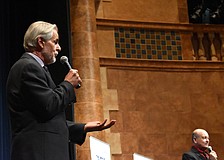 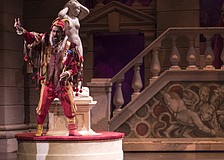 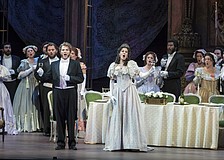 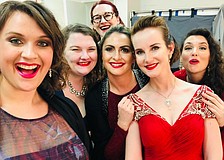 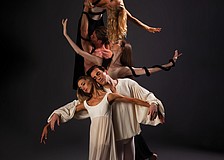 Looking ahead at Sarasota's arts and entertainment in 2020