Whale of an aquarium project begins in Sarasota

Where: Nathan Benderson Park in Sarasota

Perhaps too much so.

When Mote Marine announced Feb. 8, 2018 it was planning to build a $130 million Science Education Aquarium (SEA) at Nathan Benderson Park, it released renderings of the aquarium that featured an impressive image of a huge shark which appeared to be swimming across the face of the building.

On July 16 in Nathan Benderson Park's finish tower, Mote Marine President and CEO Michael Crosby announced more than $75 million has been secured toward the $130 million project and that a groundbreaking would be held in late September.

But where was that flashy shark?

Crosby, who said groundbreaking for the new aquarium would be held in late September, gave assurance the aquarium will still have the ability to project images, including the shark on its 110,000-square-foot, four-story building, but during the engineering and permitting process, it came to light the images might cause a distraction for those driving on Interstate 75.

That could limit the feature.

"We've got to be responsible," Crosby said.

Whether or not the images flash on the side of the building, it still will dominate the landscape. Mote's release noted, "Drivers will easily spot the iconic building, whose diaphanous skin will form smooth ellipses rising into the sky like ripples on a calm sea."

Architect tvsdesign has been hired by Mote to make the visions realistic, and in a way the final product is "another iconic visitation area" in the region.

Now that the program officially is going forward, Crosby and builders Willis Smith Construction and Whiting-Turner have to find ways to turn vision into reality ... at a price.

"We've been working like you wouldn't believe," said Willis Smith CEO and President David Sessions. "A lot of it primarily is research. We need to find the right systems and products. When you see a plan, it doesn't mean the vision matches the budget."

The "skin" of the aquarium was going to be made up of fins, but tvsdesign changed the concept. Sessions said the outcome was more practical.

Crosby said he tells the builders about the concepts and then tries to get out of the way.

"I never cease to be amazed," Crosby said about the Willis Smith and Whiting-Turner planning sessions. "They dumb it down for me. We come up with ideas, and then they make it better."

Sessions said he loves that Crosby takes an active role.

"When Michael comes, he lifts the spirits in the room," Sessions said. "It is contagious."

One person who feels that energy is Willis Smith project manager John LeCivita. He said Willis Smith and Whiting-Turner have been "Zooming" and have been ahead of schedule in the planning stages despite the pandemic.

"It's exciting," LeCivita said. "It's one of those once in a lifetime things."

The pandemic has caused some difficultly in Mote's quest to raise funds. Crosby said it is more difficult to directly engage with those interested in partnering in the aquarium. However, he said being able to announce $75 million has been raised along with the groundbreaking will energize the community.

He said he has been asked at times, "Are you really going to do this?"

"Hell yes ... we're going to do this," he said during a press conference to announce the groundbreaking.

Crosby said the original project cost of $130 million has held steady and might even be slightly less with the cost of oil lower during the pandemic. He said most exhibits are contained in tanks based on acrylics, an oil product.

The aquarium will sit on 12 acres provided by Sarasota County about midway between the Nathan Benderson Park finish tower and the Mall at University Town Center.

The aquarium, which will feature more than 1 million gallons of ocean habitat, is expected to attract more than 700,000 visitors a year. Crosby called Nathan Benderson Park a "nexus location," with 3 million residents within a 60-minute drive time.

"This is another regional project that brings Sarasota and Manatee counties together," Manatee County Commissioner Misty Servia said.

Sessions complimented Mote for trying to hire local firms for the project whenever possible.

"They've put together a lot of local organizations already to make this happen and our firm (of Lakewood Ranch) is part of that," Sessions said."

Was Sessions concerned the project would proceed considering the pandemic?

"When Mote sets out to do something, they are going to get it done," he said. "We have so many other things on pause, and other projects backing up, but not this one."

Crosby said at the press conference that the Science Education Aquarium will include three $7 million STEM teaching labs that are "a vital part of the mission."

"Science is the attraction here and there will be a scientist and an educator who will be available in these labs every day," he said.

"We have the tools that exist nowhere else in our region," she said.

"This is no longer a dream, it is a reality," Mote Chairman of the Board Sam Seider said. 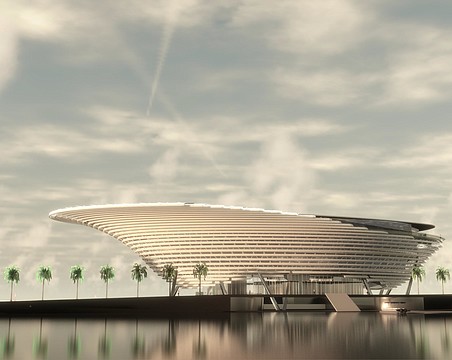 What benefits, and costs, will Mote bring to Benderson Park? 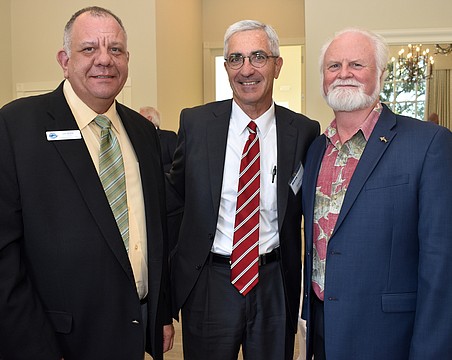 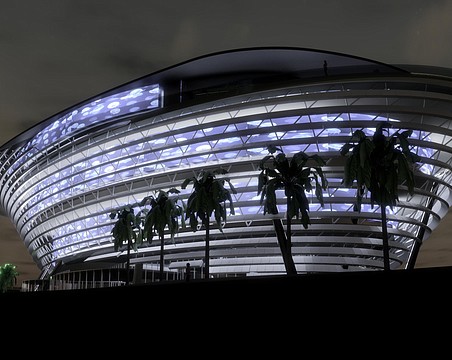 Mote's move out of the city draws questions 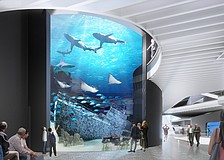 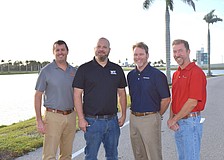 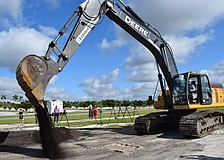 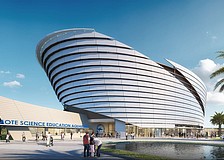