Choral Artists of Sarasota salutes Stephen Sondheim on his 90th

Composer and lyricist Stephen Sondheim took audiences into the woods, tickled their funny bone at the Forum, gave them a close shave and a meat pie on Fleet Street, and basically reinvented the Great American Musical. This year marks his 90th birthday. There are parties across the country, and Sarasota is no exception. Choral Artists of Sarasota will present "Celebrating Sondheim" on Saturday, Jan. 18.

For Morrison, Sondheim’s birthday bash is something to sing about. She cut her teeth on “Merrily We Roll Along” in a 1981 Broadway production directed by Hal Prince. Morrison had a lot to say about what sets Sondheim apart — and why he makes her feel like singing.

How’d you wind up in this Choral Artists concert?

Joe Holt asked me to be a part of the celebration. He’s such a dear. How could I say no?

What are some of your favorite songs in the show?

I’d say that’s “Here’s to the Ladies Who Lunch” and “Getting Married Today” from “Company,” “Old Friends” from “Merrily,” “Ah, But Underneath,” which was cut from “Follies,” and a medley of Sondheim songs from “Passion,” “Merrily,” and “Saturday Night.” I’ll be doing some of these songs as solos and others as part of a quartet or trio. Is that more than five?

Who’s counting? I noticed you perked up when you mentioned “Merrily We Roll Along.” Would you say that musical was a game-changer for you?

Oh, it was a roller coaster. I was told before my first audition that Sondheim didn’t like kids — meaning green, young performers in their early 20s. I was 25, but I lied about my age and said that I was older. “Yes, I’m a professional actress. Yes I have a union card.” I ended up auditioning for Hal two weeks before my birthday and rehearsing for Steve on my birthday.

Oh, it was a hoot. I remember … I was alone on stage on the set of “Evita.” I was auditioning for the role of Mary Flynn. There was only one person sitting in the audience: Stephen Sondheim. He had an intimidating reputation, but he was friendly with me, and even laughed at something I said. Then he asked me, “How high can you sing?” I said, “I can sing a High C.” The implication of our discussion went over my head during the audition. Walking down the street afterwards, I realized why he’d asked that question. Sondheim was writing the song for my voice on my birthday!

Is it fair to say “Merrily We Roll Along” has a legendary status?

How did it feel climbing the mountain of Sondheim’s music?

Once you get over the initial shock of having to perform his songs, it’s a thrill. Once you’ve got the song in your head, you think, “How could I not sing it?”

What was it like working with Sondheim and Hal Prince?

Oh my gosh! Working with Hal Prince and Stephen Sondheim was a master class in musical theater. Anyone who’s had that privilege is changed forever. I think “Merrily” was an education for Stephen, as well. He said to Hal, “We’ve got to go back and make it simpler.” I think that’s a hard thing to do when you’re so clever — but he found a way to do it.

A Sondheim song is delicious with lyrics and colors. It opens the door to all the many dimensions of emotional life. As you mature, you see more and more of those dimensions. You could sing a Sondheim song at age 26 and think you understand it. When you sing it at age 47, you get a different glimpse. At age 64, you hear even more depths. In the midst of a song, you might hear a melody you’ve never heard before that’s echoed later in the show. Sondheim’s music is an inexhaustible well. It’s such delicious fun.

If Sondheim gets his hands on this issue, what would you like to say to him? 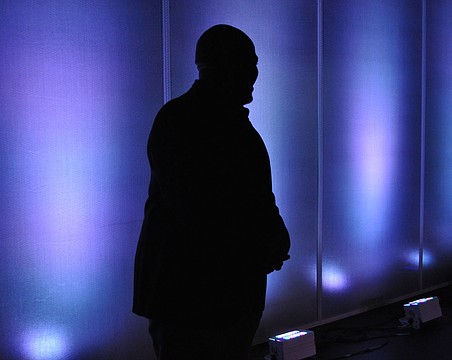 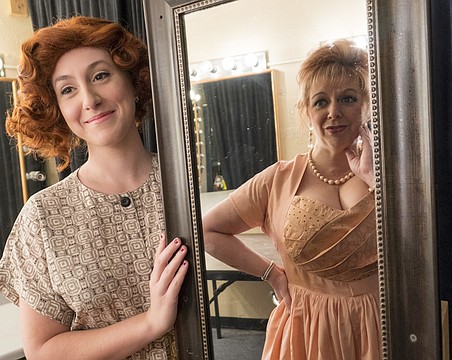 Sondheim's 'Follies' offers reflections on life, love and loss at The Players Centre 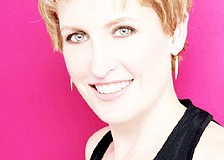 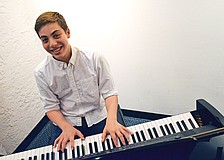 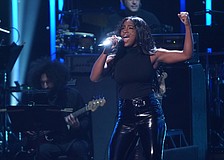 Competitors of note in Lakewood Ranch 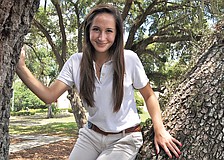 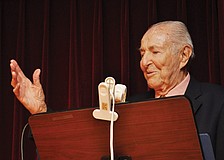