This Week in Sarasota: Thursday, Feb. 13

A look at our favorite events taking place this week

Set a romantic mood with a presentation by this string quartet of Perlman Music Program alumni as they play pieces by Mozart, George Gershwin and Béla Bartók. A second performance is 7 p.m. Saturday at The Meadows Country Club.

This entry in Sarasota Orchestra’s Great Escapes series is a romantic getaway, with show music that includes George Gershwin’s “Crazy for You,” along with hand-holding selections from “Top Hat,” “Carousel,” “Saturday Night Fever,” “Titanic” and more.

Step lively, me buckos. Gilbert and Sullivan sure did something right when they created this comic opera way back in 1879. Who knew people would still enjoy funny, singing good-guy pirates 141 years later?

8 p.m. at The Players Centre for the Performing Arts, 838 N. Tamiami Trail

The Players Centre opens its 2020 Backstage at the Players series with this often-imitated classic. It was originally called “12 Angry Men” when it was first produced in 1957. Times change, but what makes Reginald Rose’s courtroom drama a masterpiece is how it reflects the times in which we live, and it’s been doing it for more than 60 years. Runs through Sunday.

This documentary film follows the career of Misty Copeland, who became the first black principal dancer with the American Ballet Theatre in 2015. The film shows her rise to become an elite in the ballet world, a rare feat that is even rarer among women of color. It also touches on the pressure ballerinas feel to be thin and the danger it poses to their health.

As an occasional offering in the Jazz Club of Sarasota’s Jazz at Two program, drummer Al Hixon assembles an ensemble of musicians who are new to the area or maybe just new, period. It’s the flip side of all those events that bank on “your old familiar favorites” and welcomes some new blood to the jazz scene.

When you think of the hotbeds for standup comedy, rural Idaho makes hardly anyone’s Top 10. And yet, here’s Ryan Hamilton, right out of potato country, appearing on Conan’s show, Colbert’s show, warming up for Seinfeld, and with a recent Netflix special called “Happy Face.” People have been calling him an "up-and-comer." He's already here. Runs through Saturday.

It’s been around in some form at least since the 1960s, but video art is still one of the newest visual art mediums, and it’s full of possibilities. This exhibition, featuring works by Janna Beck, Muffin Bernstein, Jian Cui, Leslie Fry and Daan Gielis, examines “place and process.” For this opening night, the videos will be projected outdoors. Then they’ll be available on monitors and in print indoors through Feb. 29.

‘Living and Dead: The Gettysburg Project’

In celebration of the 211th anniversary of Abraham Lincoln’s birth, New Music New College is reviving this 2009 piece of experimental theater by Margaret Eginton and Stephen Miles. Inspired by Lincoln’s thoughts about social division and unity in his Gettysburg Address, this performance interprets his words using movement, music, improvisation and text. Runs through Sunday.

What greater creative inspiration could there be than creation itself? Key Chorale welcomes back soprano Mary Wilson for this production of what many consider to be Joseph Haydn’s masterpiece. It’s his musical interpretation of the world’s creation as described in the Book of Genesis.

What light through yonder window breaks? Tis the Sarasota Opera, with Charles Gounod’s operatic treatment of Shakespeare’s immortal tale of youthful passion. Treat your valentine to the greatest love story of all time, after your own, of course. Runs for nine performances through March 20.

Back in 2017, Lin Ye won the Artists Series of Concerts of Sarasota National Piano Competition. Since then, he’s been dazzling audiences and judges all over the world, but he still managed to find his way back to Sarasota. A second performance will be 3 p.m. Sunday.

Before “Homeland,” before “Criminal Minds” and even before “The Princess Bride,” Mandy Patinkin first hit it big on Broadway and won a Tony Award for his role in “Evita.” He’s constantly returned to the stage, and this time he has accompanist Adam Ben-David with him for an evening of Broadway and classic American tunes.

The couple that watches strip teases together stays together. So spice up this Valentine’s Day by treating your special someone to a night at McCurdy’s with some of the hottest talent in town. It’s an all-out, old-fashioned glittering cabaret of striptease, comedy and music. What more could you ask for?

Considered one of the best classical guitar players in the world today, Jason Vieaux has won a Grammy and has performed as a guest soloist with orchestras all over the world. But he’s also a contemporary guitar enthusiast who has dedicated as much time to teaching guitar as he does to playing it. He’ll take a slight break from both to visit as part of SILL’s Music Mondays.

A woman is in a cafe. The cellphone of the man next to her keeps ringing. Turns out the man is dead. When she decides to answer the phone, it sends her off on a strange and mysterious odyssey into the man’s life. Runs through March 8.

This jukebox musical, built around the hit songs of The Go-Go’s and solo hits by lead singer Belinda Carlisle, is a farcical tale about a royal family desperate to preserve its kingdom. With songs like “We Got the Beat” and “Vacation,” you have to know we’re not talking about high drama palace intrigue. Runs through March 8.

Abraham Lincoln and Frederick Douglas, A Walk to Respect'

Westcoast Black Theatre Troupe and the Peterson Foundation have teamed up to present staged readings of this one-act play about the dynamic relationship between the abolitionist former slave and the 16th president. They were on the same side on the issue of slavery, but were polar opposites in the way they approached the subject. But they eventually became friends, and that alliance helped keep the nation united. Runs again Thursday. 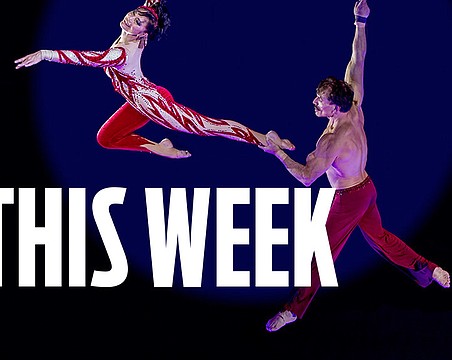 This Week in Sarasota: Thursday, Feb. 8 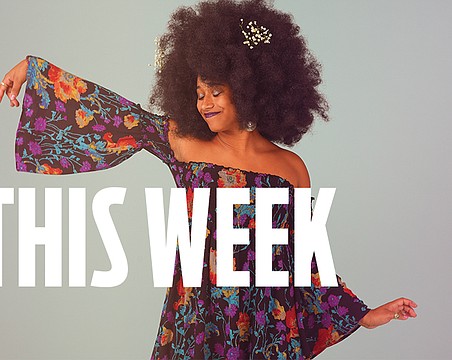 This Week in Sarasota: Thursday, March 5 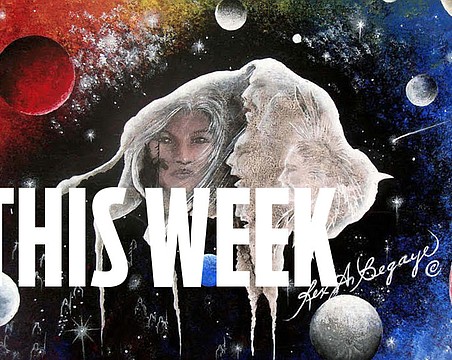 This Week in Sarasota: Thursday, Jan. 23 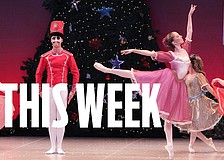 This Week in Sarasota: Thursday, Dec. 28 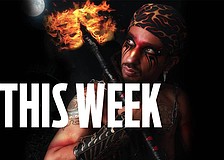 This Week in Sarasota: Thursday, Dec. 19 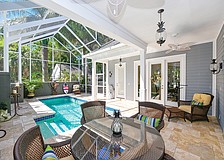 Three Things: What floats your boat? 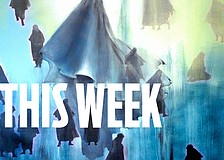 This Week in Sarasota: Thursday, Dec. 12 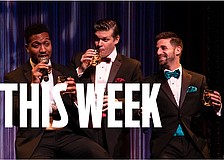 This Week in Sarasota: Thursday, Dec. 26