Sally Fernandez, award-winning author of the Max Ford trilogy, enjoys working at the intersection of fact and fiction.

The conference room is wherever Sally Fernandez and her editor want it to be. A hotel, a cruise ship, even a hot tub by Fernandez’s pool.

It’s easy to meet anywhere when your editor, Joe Fernandez, is also your husband.

The 2020s could be a monumental decade for the couple. The first book of Sally Fernandez’s Max Ford spy trilogy, “Climatized,” is on track to become a motion picture as early as 2021. If the film is successful, it will be followed by film versions of “The Beekeeper’s Secret” and the yet-to-be-published third book. It has been a long journey from avidly reading John Jakes’ fictional accounts of the Civil War as a high school student in the 1970s to Readers’ Favorite award-winner.

When Fernandez, a Sarasota author who recently spoke at the Longboat Key Library, speaks about her origins in writing, she likes to bring up the “scintillating technical manuals and page-turning business proposals” she used to pen at her first big jobs, when she was ingrained in corporate life at Citi and then J.P. Morgan. Fittingly, Citi is where she met Joe, who would one day be pulled out of retirement to become her editor and business manager.

However, it wasn’t until 2007 that Fernandez took her first steps toward becoming an author. The couple used to live in Italy, and while they were there, Fernandez listened to both European and American versions of presidential election coverage. The endless banter was starting to bother Fernandez, so Joe challenged her to put something on paper. Fernandez wrote a story, weaved in some facts and turned out 50 pages. An author was born.

The formula for most of Fernandez’s books to date has been to start with a contemporary hot-button issue, weave it into a fast-paced and fictional plot, then layer in some facts and characters based on real-life people. She’s fascinated by the intersection of fact and fiction, often saying she writes “political thrillers steeped in facts.”

“It's an entertaining way of drawing you into something and still being able to learn,” Fernandez said. “I don't try to educate, I just impart knowledge.”

This is especially true of the Max Ford trilogy, where Max works as a spy trying to solve issues based on present-day topics and debates. On the big screen, Fernandez sees Max as a female counterpart to characters such as Jack Reacher — and as a character with Fernandez’s own mouth. She believes today’s climate, from the rise of strong female characters to the polarization of the political sphere, presents the perfect backdrop for Max to thrive.

“She's not a Lara Croft. She's not a Wonder Woman,” Fernandez said. “But she's somebody serious who’s trying to tackle some serious issues. It puts it in a different light, and I think it hopefully would appeal to young women, but at the same time something guys are gonna love.”

The script has been written — though it will still be tweaked to add some tension — and all the production money and development money is accounted for, according to Fernandez. The next step is to attract a director from a shortlist of five candidates. After that the actors are hired, and if filming begins in the fall as planned, the movie could be in theatres before the calendar turns to 2022.

If the movie gains the success Fernandez hopes and thinks it will, she knows she won’t be able to keep up with the plans Hollywood has for Max. She’d eventually like to move closer to historical fiction, the genre that first inspired her. And she has a plan to do it.

For Joe’s 94th birthday, the couple will combine their love of travel (Joe has been to 84 countries and Sally has been to 55) and writing by going on a six-month cruise starting in January 2022 that will visit 70 countries on the route from Los Angeles to New York. On the cruise, she wants to write a story centered around an author on a cruise who tries to solve a murder while seeing the ghosts of classic authors such as Arthur Conan Doyle.

The Fernandez couple has been using cruises as a mobile workplace for years. Joe used to mark red ink all over most of Sally’s pages during the editing process. They probably won’t be storing any extra tanks of red ink in their maritime conference room this time. 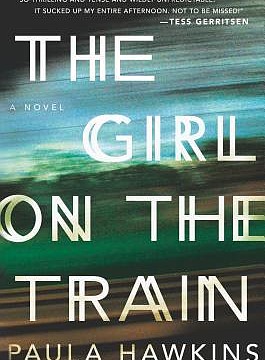 Book Review: ‘The Girl on the Train’ 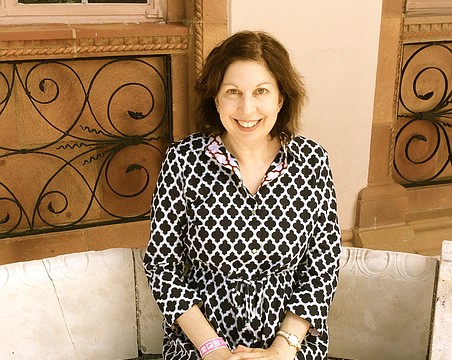 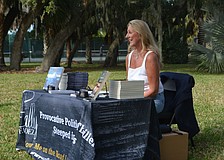 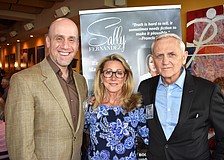 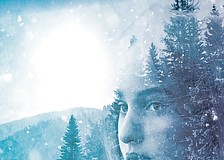 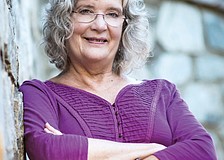 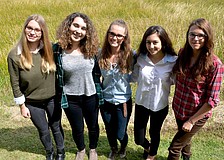