A Christian puppet ministry in a small-town Texas church is the backdrop for this unusual — yet hilarious — play.

Robert Askins’ “Hand to God” is delivering a nightly sermonette as Florida Studio Theatre’s latest Stage 3 production. The play is, well, different. It’s hard to find the words to describe it. Puppet theater of cruelty? A satire of Christian fundamentalists? Punk rock theology?

It’s all that and more.

The play lifts its premise from William Goldman’s “Magic.” A nice guy is controlled by a demonic puppet, basically. Here, the nice guy is a teenager named Jason (Harrison Bryan).

The poor kid is part of a Christian puppet ministry in a fundamentalist church in small-town Texas. Jason’s mother, Margery (Brenny Rabine) leads the group. There are two other teens — the sulking Timothy (Tom Patterson) and the sassy Jessica (Jessica Mosher). Margery’s is gearing them up for the big puppet show next Sunday. But Jason’s hateful hand puppet has a mind of his own. Tyrone is the little devil’s name. He’s got something to say, and it’s not very Christian.

Without warning, Tyrone cuts loose with a flood of blasphemy and lurid sexual fantasies. A horrified Jason fights to shut him up, but it’s too late. His fellow puppeteers know he’s got a devil on his hands. (Or hand.) The secret is out — and the battle for Jason’s soul begins.

This spiritual warfare unfolds against a backdrop of repressed longings and tangled relationships. Margery is still grieving for her late husband, who escaped his unhappy marriage by eating his way to a heart attack. Jason blames her for his father’s death, and also secretly longs for Jessica. Meanwhile, Pastor Greg (Drew Hirshfield) lusts for Margery. Timothy does, too.

Tyrone brings all their dark secrets to light. He begins by itemizing Jason’s X-rated plans for Jessica — and then rats out everybody else.

But Tyrone doesn’t do well in groups. Jason is his focus. The fight for Jason’s soul is his top priority.

What happens if Tyrone wins?

The battle lines are clear. Not good and evil, exactly. It’s a war between naughty and nice. Jason is a meek lad, shy, polite and considerate. Tyrone wants him to be a badass. “Say what you really think! Grab what you want! Cut loose!”

So what’s got into Tyrone?

The frightened fundamentalists jump to a conclusion. It’s a case of demonic puppet possession! Nah. Despite a little telekinesis, it’s fairly obvious this Howdy Demon isn’t the devil; Tyrone is Jason’s Id in puppet form. When he opens his mouth, Jason’s repressed desires spew out like a jet of pea soup. That sounds disgusting, but it’s pure entertainment. When Tyrone’s on a roll, he’s a class-A insult comic. He’s one funny puppet. But a mean one.

Jason Cannon’s direction is sharp on every level. There’s so much verbal comedy, it’s easy to overlook the physical bits of business. The simulated puppet sex is the funniest I’ve seen since “Team America World Police.”

The actors are equally sharp. Bryan’s performance is worthy of Robin Williams at his peak. He’s riveting in the scenes where Jason argues with Tyrone. Bryan does both voices, of course, and switches characters with blinding speed. He’s also simultaneously manipulating the puppet. (Bryan’s display of dexterity is as fascinating as a circus act. You could throw away story and character, and it’d still be fun to watch.) Rabine portrays Jason’s mother as a ball of sexual frustration, guilt, and more sexual frustration. Hirshfield’s pastor is a nice guy, but not without his own ulterior sexual motives. Patterson’s bullying slacker isn’t smart enough for ulterior motives. His dirty desires are out there in plain sight. Compared to the rest, Mosher’s Jessica is a model of sanity. But she’s not a sexless saint.

The ensemble has a “Breakfast Club” vibe. Each character telegraphs their role with clothing: tough guy, nice guy, cute girl, unhappy mom and repressed pastor. Susan Angermann’s costumes deftly capture this wearable identity code. Nick Jones lighting emphasizes the fever-dream weirdness of it all. Bruce Price’s set has the look of backrooms and basements — a Protestant purgatory, not the shiny perfection of the main fellowship hall.

All this talent and a great script add up to a wild ride. And it’s a great ride.

I loved this play.

“Hand to God” is as funny as it gets — so funny it’s downright uncivilized. It does not generate polite titters, my friends. The audience surrounding me hooted, howled and slapped their knees. I did too. Pardon my repetition, but this is a funny, funny play. But humor and horror are a razor’s edge apart.

Along with belly laughs, there’s a bit of ultraviolence. (Including a cringe-worthy scene straight out of Martin Scorsese’s “Casino.”) This play is off the rails — and runaway trains kill people. You know that Tyrone could kill Jason, or make him kill somebody else, or … anything. This knowledge keeps you on edge, even when it’s hilarious. You can’t just sit back and chuckle at the bad little puppet.

“Hand to God” gets disturbing at times. But it always feels real. The playwright skewers the fundamentalist subcultures of the South, but he never stoops to caricature. Askins knows what he’s talking about. He clearly speaks from first-hand experience, with the possible exception of puppet possession. Speaking of which …

Does Tyrone win the battle for Jason’s soul?

Easy question. But that would be telling.

What does it all mean?

Tyrone opens and closes the play with a snippet of foul-mouthed theology. Like Nietzsche and every stoned sophomore since the dawn of time, he advances the thesis that religion is merely a form of social control. To hell with that! Be yourself! Let lechery and corruption rule!

The trash-talking puppet makes a good case for the destruction of Christian morality. St. Thomas Aquinas isn’t around to offer a rebuttal, and theology is outside my critical wheelhouse. Sorry.

You might want to bring it up in Sunday school. Make sure no puppets are listening when you do. 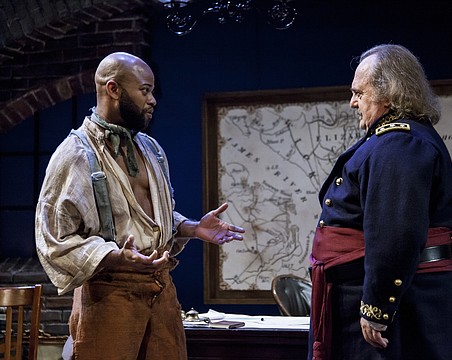 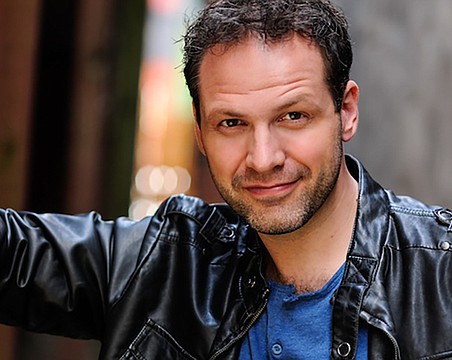 ‘The Velveteen Rabbit’ offers all ages lessons on life, love and loss. 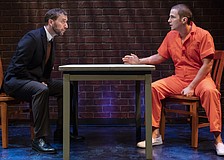 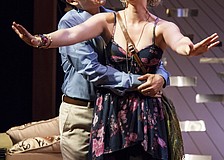 Theater review: 'The God of Isaac' 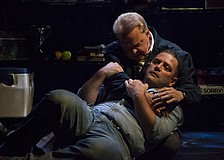 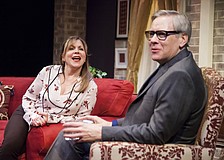 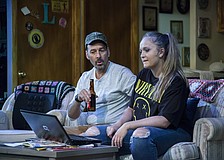