The Palmer Ranch resident used the lessons she learned as a mentor-less artist to pioneer the art consulting field as a coach and author.

Growing up in Virginia, Caroll Michels was surrounded by creativity.

Her father was a successful artist who made a living off his craft as a freelance political cartoonist and later a graphic designer for the U.S. government. He spent weeknights and weekends making everything from T-shirts to greeting cards displaying his political views, but he never once made a business plan.

“Basically our basement became a huge repository for what might have been,” Michels says in her book “How to Survive and Prosper as an Artist.” “Only in recent years did I finally make the connection between the work I do with artists and my family background — that I am helping artists achieve what my father was unable to do: Enter the marketplace.”

Sitting in her Palmer Ranch kitchen telling these stories, Michels implies that even though her childhood aspiration was to become a journalist, she was never going to forget her artistic roots. She just didn’t know she would become arguably the first person to make a career off advising other artists.

After working in publishing and later at US News & World Report in the beginning of her career, Michels craved creativity. Her then-husband, conceptual artist Doug Michels, had formed art group Ant Farm (known as the creators of the “Cadillac Ranch” installation in Amarillo, Texas) but, like the other women, she wasn’t asked to do much more than make coffee for the male artists.

So she left the group, left her husband and, in 1972, joined Viennese art group Haus-Rucker-Co. Michels’ job was to help the collective of artists, designers and architects develop conceptual designs for several public art projects, including “Archéologie de la Ville” in Paris, one of the Centre Pompidou’s inaugural exhibitions, which aimed to serve as an exploration of the contemporary city through everyday objects.

The group broke up a few years later, but armed with several years of experience writing grant proposals, developing public relations strategies and getting her work publicity, Michels decided to try counseling visual (and eventually performing) artists and writers in 1978.

She pivoted to the role of a consultant — or, as she likes to refer to herself now, an “art marketing consultant, career coach and artist advocate” — offering artists counseling on career management and development. However, she still had the desire to write, and the only guidance book for artists at the time was called “His Guide to Art.”

Seeing no reason why women shouldn’t write or receive advice on sustaining a career in the arts, she wrote “How to Survive and Prosper as an Artist” and was published in 1983. The seventh edition came out April 10, 2018.

“I had done so much of the press relations and applying for grants and marketing and everything related to my own career as a visual artist, so I thought I’ll just parlay that knowledge into helping other people,” Michels says.

Michels teaches artists around the world (both in person and via email and phone consulting) everything from how to write résumés and artist statements to how to negotiate with art dealers and price their work.

In the book’s first chapter, Michels describes her teachings as everything she wished she would have known during her years as an artist. Through trial and error, good and bad advice and pure intuition, she was able to make a career out of creating. Now, she’s committed her life to helping others do the same.

Several professionals in the industry consider Michels the pioneer of the art consulting field, she says, adding that the best form of flattery is seeing how many people are now making a career doing the same.

But if she’s no longer the only artist career coach out there, what makes her different?

“I’ve been there, done that, so I know what to expect in terms of challenges and disappointments,” she says. “I have an edge … a lot of people think they can turn their job as career adviser into the art field, but you can’t really turn that experience into art work.”

One defining experience was around the age of 19. Michels and her ex-husband unsuccessfully sued an art dealer who “lost” her husband’s paintings after he had consigned around 150 works without a contract. The art dealer, who lied and said he gave her the paintings as a gift, got to keep them and the case was dismissed.

“That was a really interesting warning to me,” she says. “I’m really tough with clients now on getting contracts signed.”

She notes that artists are often as shy about confronting dealers as they are about confronting the biggest issues within the art industry itself, and she hopes to help clients and readers alike learn to stand up for themselves.

“The art world is full of politics,” Michels says. “It’s easy for them (artists) to make a statement about Trump but not their own career … For me, politics start at home.”

Correction: In the Jan. 10 print edition of this story, the original publish date of the book  “How to Survive and Prosper as an Artist” was incorrect. It has been corrected in this online version. 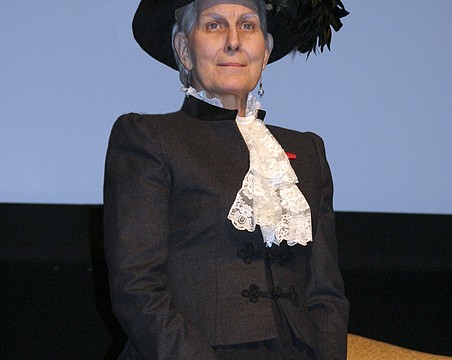 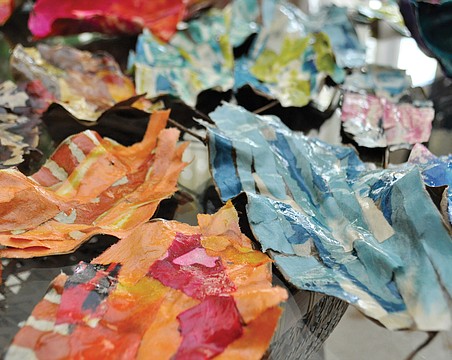 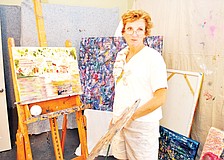 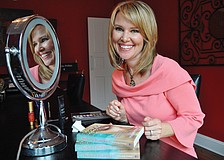 Michelle Phillips: A thing of beauty 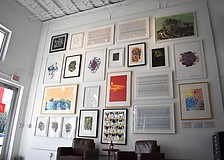 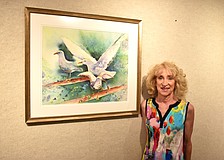 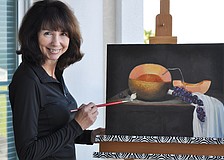