Flooding changes on the maps in Manatee County

New flood insurance rate maps released by the Federal Emergency Management Agency may offer financial relief to some homeowners in the Heritage Harbour and Waterlefe Golf and River Club communities.

Flood insurance is required for homesites below or at up to 4 feet above base flood elevation. The proposed FEMA maps affect hundreds of houses.

“If you meet base flood elevation, for every foot above that, the rates go down,” said Manatee County Floodplain Section Manager Sandy Tudor.

In flood zones, flood insurance rates are based on how high or low a property sits compared with the base flood elevation.

Tudor said even a 1-foot increase in elevation can translate into savings for homeowners.

In Florida, annual flood insurance prices start around $400 and can exceed $5,000. Costs are based on factors like your flood risk level (flood zone), your property’s elevation and the value of the home. FEMA insures up to $250,000.

Tudor said each property owner should check his home and lot to see if he is impacted by the proposed changes. In some cases, the lot may be in a high-risk flood area, while the home itself is not. In that situation, no flood insurance is required.

Manatee County’s Stormwater Engineering Division Manager Thomas Gerstenberger said freshwater flooding along the Manatee River typically only occurs during heavy rain events in which water is released from the Lake Manatee Dam.  Although the dam releases water to control water levels at Lake Manatee, the flooding it may cause typically occurs once every five to 10 years.

For Heritage Harbour residents in River Strand and Stoneybrook, that generally means homes previously in flood areas for the Manatee River instead now may be subject to coastal flooding from storm surges.

“It’s a different flooding scenario than it would have been in the past,” Gerstenberger said. “Now, the Manatee River is impacted by storm surge.”

Gerstenberger said although homeowners in the area may no longer need flood insurance or have changes in their rates, even those without flood insurance should be prepared for natural disasters.

“There is no such thing as a no-risk flood zone in Manatee County,” Gerstenberger said.

Federal Emergency Management Agency Region IV spokesman Danon Lucas said FEMA soon will accept comments and appeals from property owners about the changes, but the timeframe for that period has not yet been determined. A 90-day appeal period will be advertised in local media. After that, any issues will be resolved and there will be a six-month adoption period before the new maps become effective.

To learn more about the Federal Emergency Management Agency’s proposed flood rate insurance maps and to see how your property may be impacted, visit mymanatee.org. Visitors can find the “Building and Development Services” tab and then click “Find My Flood Zone.”

You can also visit msc.fema.gov/fmcv to view proposed changes. 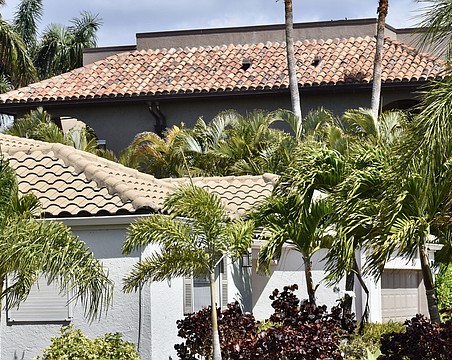 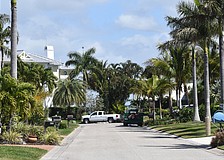 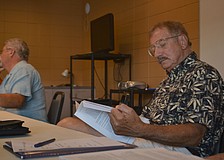 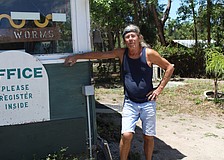 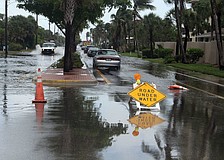 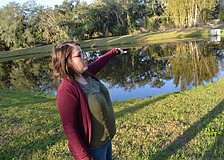