Citing concerns about intensity, compatibility and more, the city’s Planning Board opposed plans to renovate the Lido Beach pool and pavilion.

Plans to redevelop the Lido Beach pool and pavilion drew hours of negative public commentary at a meeting Wednesday — and a 4-1 vote from the city’s Planning Board to recommend denial of the project.

The plans will now go to the City Commission for final review.

Representatives for Lido Beach Redevelopment Partners LLC submitted plans to the city earlier this year to modify the operations at the city-owned beachfront property. The plans include a 200-seat restaurant, a 33-seat Tiki bar, a splash pad, playgrounds, a new shade structure above the pavilion seating area and rental cabanas by the pool. The changes would not modify the footprint of the existing pavilion building.

In November, the city voted 3-2 to approve a lease with Lido Beach Redevelopment Partners. That deal outlined the general scope of the plans reviewed at Wednesday’s Planning Board meeting. City staff recommended approving the site plan and major conditional use application.

But the plans have been a major source of controversy among residents, particularly those living on Lido Key. An online petition has gathered more than 3,300 signatures opposing the planned redevelopment. At Wednesday’s Planning Board meeting, representatives for the Lido Key Residents Association said an informal poll of its membership showed 88% of respondents were against the proposal.

During the Planning Board meeting, speakers talked at length about their concerns regarding the plan. They feared the allowance of liquor sales and an expansion beyond the current concession’s hours of operation would change the character of the commercial activity on the property. They questioned how the project would affect traffic and parking in the area.

“This is making a conscious decision to commercialize, to monetize this beach,” said Kevin Hennessy, an attorney representing Lido Key residents Carl and Cindy Shoffstall.

The redevelopment team contested the public characterization of the project. They argued the project represented a modest increase in scope from what’s currently at the pavilion, an increase of 69 seats. Although the property would be adding a bar and a full-service restaurant, the group argued those elements were less a destination and more an enhanced amenity targeted at beachgoers.

“I kind of equate it to putting a Chili’s in the airport,” said Gavin Meshad, a member of Lido Beach Redevelopment Partners. “Nobody comes to the airport to eat at Chili’s.”

City staff said the proposal complied with the relevant standards for review. Gretchen Schneider, the city’s general manager of development services, dismissed several arguments from opponents of the project. In response to those who questioned whether the plans would comply with Federal Emergency Management Agency standards, Schneider said the city would review that before issuing a building permit.

And to those who said the project represented an impermissible commercialization of government-owned parkland, Schneider pointed to similar restaurant operations at Bobby Jones Golf Club and Payne Park.

“We do have plenty of facilities in our parks that are utilized in a very similar way,” Schneider said.

The Planning Board ultimately decided the application failed to meet the standards for review. Board members listed a variety of concerns, including compatibility with the surrounding residential area and the intensity of the proposed project.

“I can’t really buy this is an accessory use,” Planning Board member David Morriss said. “It really is a massive shift from a snack bar to a full-service restaurant with liquor sales.” 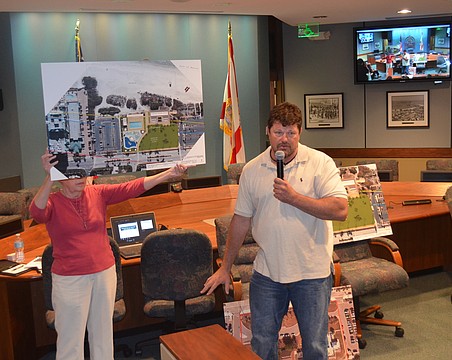 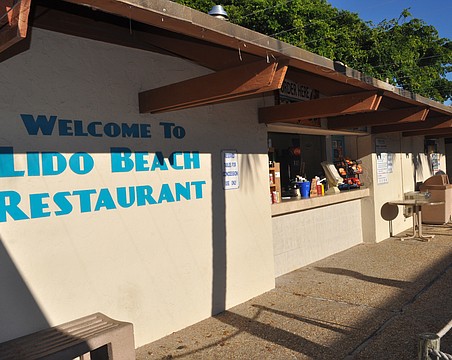 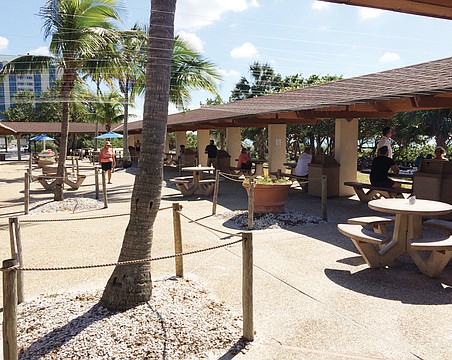 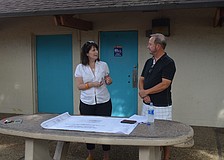 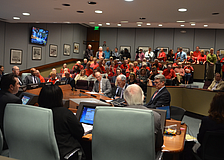 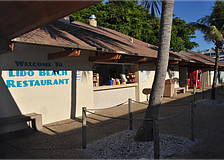 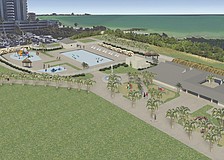