This whale marks the third that is now undergoing rehab at Mote Marine Laboratory.

Mote Marine Laboratory is now treating a third pygmy killer whale, this one found stranded on a Longboat Key beach on Tuesday, Sept. 4.

"Bolt," found behind 2605 Gulf of Mexico Drive on the Key's southern half, comes after “Thunder” and “Lightning,” were brought to Mote from Clearwater Marine Aquarium on Aug. 30.

“Bolt” is a bit larger than the other two but is no bigger than a bottlenose dolphin. At this time, red tide is not the leading suspicion as to why “Bolt” stranded as these whales tend to stay far offshore.

“These aren’t animals that would typically be suffering from red tide,” Lovewell said.

Mote staff is awaiting photos from the Clearwater Marine Aquarium to see if “Bolt” is from the same pod as “Thunder” and “Lightning.” Lovewell said “Bolt” has a distinct dorsal fin that should aid in his identification.

Since his arrival at Mote, “Bolt” has undergone fluid therapy and is receiving supportive care. “Thunder” and “Lightning” are also continuing their care. As of Tuesday afternoon, “Thunder” was responding slightly better than “Lightning,” Lovewell said.

Going forward, Mote staff will continue to test “Bolt’s” blood, feces and stomach fluid. Already, his blood work shows  bacterial infections, gastric issues and parasites. But, Lovewell said they still aren’t sure what the lead suspect in the stranding is.

“A lot of these animals that mass strand are generally found far, far offshore …,” Lovewell said. “They’re in generally tight socially bonded groups, so a lot of times if one animal is making not great decisions, then the rest of them will follow him to the beach, almost liked a Pied Piper, sometimes it’s following food. There are a lot of reasons that animals will mass strand, so it’s not clear.”

Although Lovewell said the road ahead is a long one, should the whales be released, Mote would hope to release them together and tag them to monitor their progress.

The three whales are just a few in a list of many animals that have been moved to Mote for rehab recently.

“Thunder,” “Bolt” and “Lightning”make the dolphin and whale count 23 for the year.

On Tuesday, Mote responded to three calls for dead manatees. 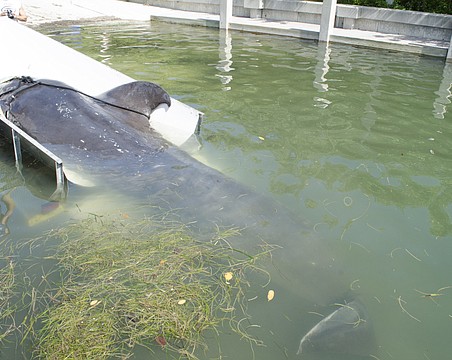 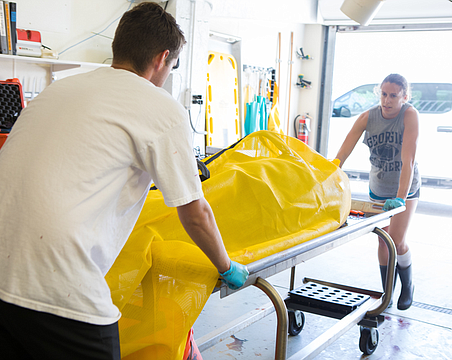 Mote gets emergency state funding to add to response team 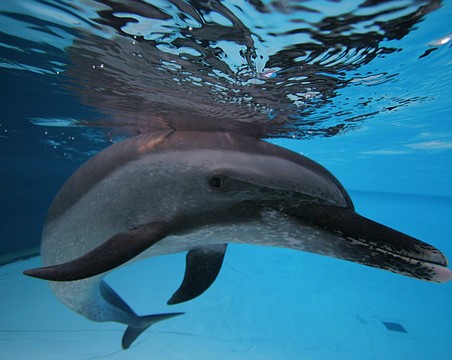 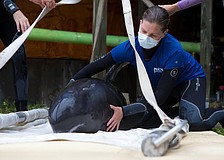 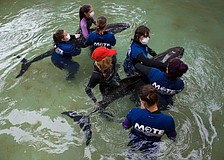 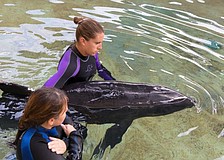 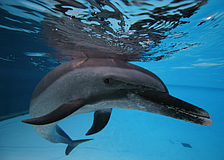 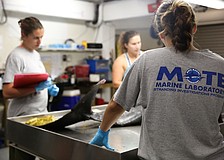