It was bedtime for Palm Aire 3-year-old Savannah Parrish and that meant a story read by her mom, Amanda.

Savannah could tell this story was going to be special because the main character in the book, a dog named Mutzie, shared the same name as her own dog.

"And why," Savannah asked her mom, "is your picture on the back of the book?"

It might take Savannah some time to grasp the concept of her mom as an author, but that's OK, because it took years for Amanda Parrish to become one.

In September, though, eight years after she wrote "Meet Mutzie," the hard-cover, self-published copy of the book arrived at the home of Amanda and Scott Parrish.

Amanda Parrish had gone through all the usual trials and tribulations of any aspiring author — rejections by publishers and literary agents — and eventually concentrated on her career as director of business and marketing for Fawley Bryant Architecture.

"I just kind of put it on the shelf," Parrish said. "But this was my passion project. I knew I could do it. I was waiting for the right time."

After years of frustration, she decided to publish the book through Sarasota's Peppertree Press and it arrived at her door.

"I was proud and really excited," she said. "I wanted to show my daughter, my parents, everyone who had believed in me. The day it arrived, it took all of me not to text my husband, I waited until bedtime, then went to him and said, 'Let's read Savannah a story.' And I read it to my daughter, who loved it. She asked, 'Can we read it again?'

"It makes you feel good."

The 31-year-old had waited a long time to experience such a feeling.

She had loved writing since she was in elementary school in Rochester, Mich., where she remembers winning a creative writing award for a story she wrote in fifth grade. It was a tale about an imaginary underwater city and a little girl who had found a crack in the glass (surrounding the city), and her adventures telling the residents the glass was going to break. One of the benefits of her award was a local theater group acted out her story.

"It was neat seeing my story come to life," Parrish said.

By high school, she had started writing journals, waking up in the middle of the night with creative thoughts and writing them down. She said it helped her emotionally, to work through problems and help quiet her mind.

She also started writing poetry and remembers one she had published.

"It was about my old boyfriend," she said with a laugh. "It was called 'Jeffery James.' It was about young love. It's a good poem."

She wanted to write a book, but instead pursued a path in advertising in college. "I thought I would be a good copy writer," she said. "I naturally ended up more on the public relations and management side."

After graduating from Spring Arbor University in Michigan in 2009, she moved to North Carolina. There she started going to animal shelters where she found an adorable, fluffy puppy. She adopted Mutzie, wondering how such a cute dog could end up in a shelter.

Parrish went home and started talking to her new puppy. It came out in rhyme.

"This is the story of a journey, a search for a loving home, and this story starts with a puppy, who felt very, very alone."

"I wrote the story in an hour and a half," she said. "Of course, I did go back and tweak it. Right away, everyone said I should do something with this."

Besides telling a story, she wanted to let people know they could adopt a dog and get a wonderful family pet. Scott Parrish, who is an assistant principal at Tuttle Elementary in Sarasota, thought she had a book children would love. She went forward with her writing, with two sequels. Her first book ends with Mutzie headed north on a train. The second book involves Mutzie in New York and the third book sends Mutzie to Chicago. She introduces children to historical events and landmarks along the way.

Now 31, Parrish hopes her book turns into a series. She also has another reason to write. She and her husband have added to their family with 8-month-old Avery.

She also said authors come in all forms.

"I am a writer who can't spell," she said. "It speaks to the fact you don't have to be perfect."

"Meet Mutzie," which is illustrated by Jason Fowler, is now available on Amazon, Barnes & Noble and Books-A-Million. East County residents who want to purchase a copy can email her at ama[email protected]

"I still feel pretty good about this," she said. "But it's weird to talk about it

"I definitely can say I love to write, and if you have a dream, just do it." 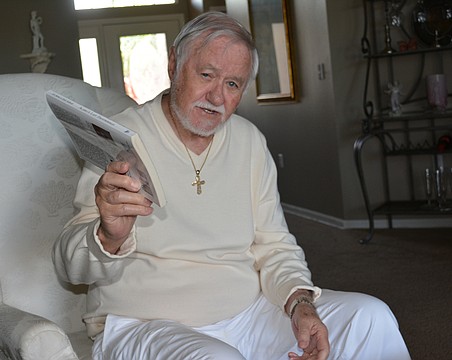 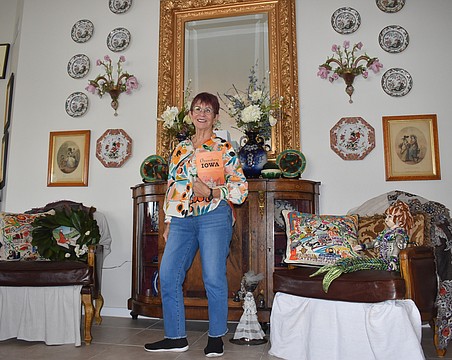 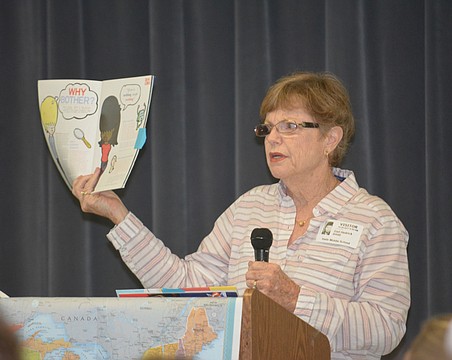 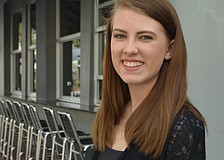 From SpongeBob to blood ... author matures in Sarasota 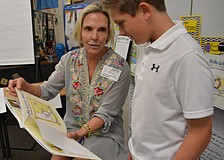 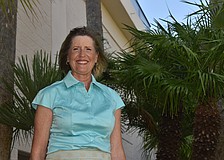 Longboat author finds her family closer than she could have imagined 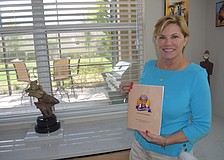 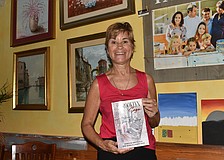