This Ringling exhibit celebrates costume designer Miles White, who forever changed the circus with his use of color and movement-friendly designs.

Few people appreciate the magic of the circus more than Miles White did.

‘A Kaleidoscope of Color: The Costume Designs of Miles White’

Sure, the Ringling brothers, P.T. Barnum and James Anthony Bailey knew how to put a show together, but White knew how to bring it to the level of pure spectacle using a pencil, a sketchbook and his imagination.

The costume designer made his professional debut in 1938 when he created the costumes for the revue “Right This Way.” But over the course of his 50-year career, he was known for much more than his Broadway credits.

The Ringling is honoring his 12-season career with the Ringling Bros. and Barnum & Bailey Circus by dedicating an exhibit of drawings, sketchbooks and original costumes to honor his contributions to the circus.

White’s career took off when he started as a Broadway costume designer, but it wasn’t until he designed the garments worn in Rodgers and Hammerstein’s first two Broadway hits, “Oklahoma!’’ in 1943 and “Carousel” in 1945, that he gained the star status that would eventually lead to two Tony Awards and three Academy Awards.

However, the earlier years of White’s career were consumed with another artform.

In 1941, industrial designer Norman Bel Geddes, who had just been hired by John Ringling North, joined the Ringling Bros. and Barnum & Bailey Circus team. Bel Geddes brought with him a group of young, talented designers and challenged them with the task of modernizing — and thus completely transforming — the Greatest Show on Earth. And at age 27, White was one of those designers.

Jennifer Lemmer Posey, associate curator of the Circus Museum and curator of “A Kaleidoscope of Color: The Costume Designs of Miles White” exhibit, says it was his time in the circus that appears to have significantly shaped Miles’ style. Although Broadway presented plenty of creative design opportunities, it was his career in the circus that allowed White to set his imagination free.

“Miles White wanted to orchestrate an entire production of color and movement across all the textiles,” she says. “For the first time that season, they unified the whole production’s costumes.”

White’s vision of having one cohesive design rather than a cast of performers who all created their own individual costumes was one of the major changes that was implemented and carried through the Ringling show for the rest of its tenure, Lemmer Posey says.

“They tried to make it one entire experience instead of a collage of experiences put together,” she adds.

Lemmer Posey says Bel Geddes helped focus the circus show on families by bringing in themes of childhood and nostalgia so the show appealed to both children and their parents. White’s designs helped further this goal by adding visual excitement

It was White’s unified base of colors — he was particularly fond of lemon yellow, for example — and bursts of other exuberant colors like pinks and teals used in key moments of the show that amped up guests and helped them understand that something special was about to take place.

The center ring had the most bright and perhaps flashy wardrobe, she says, but White kept faithful to the idea that every costume should be special in every way, regardless of what point of the show it was introduced.

White had a knack for making costumes that morphed performers into animals, objects and other
unusual yet captivating sights — everything from chandeliers to birthday cakes.

“He decided the circus was a magical place and should be a joyful place for people to come to,” Lemmer Posey says. “He took that opportunity to transform people into things that you wouldn’t dream of.”

Characterized by vibrant colors, light fabrics and an equal concern for function and style, White’s style was the perfect complement to the lights and visual rhythm of the circus that Bel Geddes had been aiming to find.

The Ringling exhibit demonstrating his designs is organized around two central themes: transformations and productions. The playful nature of White’s costume designs is especially evident in his clever ways of masking both human and animal bodies and allowing viewers to perceive them in a completely new way, Lemmer Posey says. This is perhaps best shown in the exhibit through the side-by-side sketches of some of his most iconic designs and the historic photos of them worn by the performers for whom they were designed.

As for the production element, Lemmer Posey also included two production notebooks, often called “spec books,” that show the design of not just the costumes but the order in which they would appear, complete with original notes scribbled into the margins sharing details such as sizes. These also acted as the workbooks passed between Miles and Max Weldy, who oversaw the production of the costumes.

All the materials in the exhibit are from the Howard Tibbals Circus Collection, which includes more than 600 original sketches by White. For Lemmer Posey, picking the 48 drawings that ended up on display was like picking a favorite child.

BEST OF THE BEST

The first step to choosing what pieces would go in the exhibit, Lemmer Posey says, was deciding what was the most important thing to convey about White. Her answer was his love of whimsical transformation and color.

“It took me a couple of months to narrow the checklist down,” she says. “The registrars who were in charge of keeping me on task would ask if we could cut more pieces, and I would say, ‘Just wait!’”

The result, Lemmer Posey says, is a fairly ambitious number of pieces fit into two galleries. Along with the 48 drawings there are peripherals like the two spec books, five original costumes and two oversized costume heads.

She pushed the limits of her allotted space, she says, but she genuinely felt that everything included was important to get a good sense of White.

Many of the designs Lemmer Posey chose were created for the 1952 circus show entitled “The Good Old Days.” From White’s magical point of view, a circus clown made the perfect Queen Elizabeth I, and Hannibal’s elephants could easily become the Alps.

“Henry the VIII is one of my most favorite drawings because it’s so whimsical in how he chose to present this part of history,” Lemmer Posey says. “So here was Henry the VIII and four of his wives, and the two beheaded wives had a pillow around their necks to make what was a serious topic a little more light and whimsical and still allude to the realities of history.”

Although she’s considered an expert on the sketches, Lemmer Posey say she was able to learn more about the designs in the process of putting together  the exhibit. For example, they had a conservator come in to help them clean the costumes because they had been stored for so long. One day Lemmer Posey asked her why the apron of one of the dresses is all bunched up on one side. The curator learned that it was sewn that way, purposefully asymmetrical, to increase movement for the performer.

COME ONE, COME ALL

Lemmer Posey says she started the curatorial process just wanting to honor White’s work with the circus, but in the process she realized the exhibit serves another important purpose.

“We’ve featured a lot of really powerful exhibits of photography lately that speak to current events and speak to a lot of the problems in the world, so circus is a lighthearted escape,” she says. “Not that we should look away, but sometimes it’s nice to have a release, and I think even Miles White in a post-WWII era was doing much the same for people.”

What’s the most rewarding part of the experience? Nothing beats walking through the galleries and watching people find joy in the designs she loves, she says.

“I’ve shared them (the designs) in small ways and known them for 15 years, but to see them go through this is really special.” 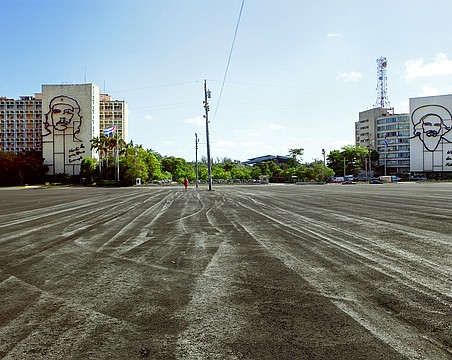 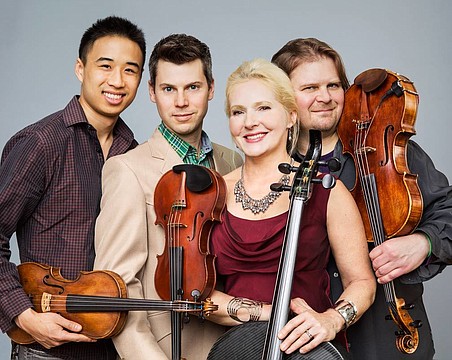 Ethel says come one, come all 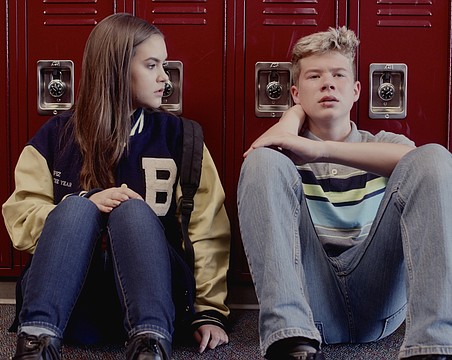 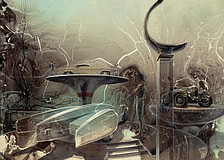 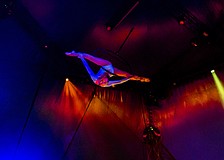 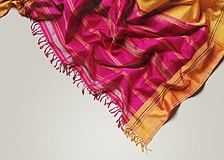 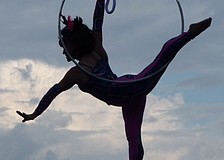 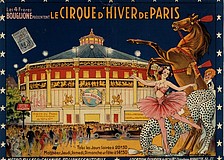