Alexander Solotzew’s favorite theme to paint helped him find a partner in business and life.

The delicate white lace tablecloth is adorned with various types of fruit and European pastries. Next to the croissants sits a pitcher of steaming herbal tea, its fruity aroma inviting and warm before it even touches the tea cup. But none of it entices Alexander Solotzew.

He sits twiddling his thumbs, his eyes darting anxiously toward his wife, Marina. He wants to know if he can leave to go paint now, she translates after a series of Russian words dart out of his mouth. Before she finishes her nod, he’s already off to grab his helmet and hop on the motorcycle he rides to his gallery and studio a few minutes down the road.

“You need 50 years to get to this point,” Marina says of her husband, noting that at any given time, he’s envisioning 10 paintings in his head. “He’s constantly growing.”

RUNS IN THE FAMILY

Alexander believes he was born an artist. He calls art his one true calling, and he credits his father, who was an artist and professor, for seeing his potential and encouraging him to seriously pursue a creative career.

Born and raised in Kaliningrad, Russia, Alexander, 60, had an interest in art from as early as he can remember. But it was around the age of 10 that he decided to seriously dig into his craft.

Alexander attended Moscow Academic Art Lyceum, a school for gifted children supported by the Russian Academy of Arts, from the age of 11-15. There, Alexander began to explore his attraction to artists such as Vrubel, Serov, Botticelli, and El Greco that would later serve as some of his greatest artistic inspirations.

After graduating from the Lyceum, he studied at Tambov Art College, where his parents taught art. He started creating for eight hours a day, and he says sticking to a rigorous schedule is what helped him learn what kind of artist he wanted to be.

In 1977, Alexander was admitted to the St. Petersburg State Academy of Painting, Sculpture and Architecture, where he continued to hone his craft. Four years later, he immigrated to East Germany. But even though he was away from Russia, his artwork remained rooted in symbols and other nods to his homeland.

It wasn’t until 1989 when he moved to Landau in der Pfalz, Germany, that his art career really took off, Marina says. The new environment inspired him, particularly a new studio he opened in Villa Streccius, a historic building that doubles as an art museum.

Alexander had found a niche in avant-garde, cubism-inspired oil painting, and people started to notice. He gained local, then regional and soon national notoriety, all the while broadening his customer base and building a reputation with private collectors and gallery owners.

Fast-forward to 2013, and Alexander found himself living in Florida and showing his work in a solo exhibit at the Russian-American Museum of Naples. Enter Marina, a real estate professional working at Re/Max in Sarasota, who was told about an artist looking for a Russian-English translator.

There was an immediate spark, and by Sept. 30, 2013,  the couple had a beach wedding on Longboat Key (during which their friends persuaded them to swim in the Gulf of Mexico in full wedding attire). Now they live in a home off Sarasota’s Richardson Road serving as both a gallery and studio for Alexander.

“It was love from the first sound — when Alexander called me and I heard his voice, something clicked and my heart told me, ‘You need to meet this man,’” Marina  says. “I fell madly in love with Alexander ... I felt like I suddenly got wings and I was flying. And I still feel that way.”

TWO IS BETTER THAN ONE

Since leaving the real estate field in October 2014, Marina has worked as Alexander’s manager and translator. She likens their bond to one body and soul — his eyes, hands and mind create the art, and her mouth spreads the word so others can experience it.

“I always believed that Alexander is one of the greatest artists of our days, and that is why I didn’t have any doubts or regrets when I quit my job and started working hand in hand with Alexander,” Marina says.

This switch also made the couple business partners, Marina says, which requires mutual love and complete understanding of each other to be successful.

Their relationship is the source of one of Alexander’s greatest artistic inspirations: love.

“Love holds the world,” Alexander says. “Paintings are reminders that love is here because we forget sometimes.”

The painter says love is vital to go on, and his wife says it’s also vital to the success of their new gallery, officially opening July 14.

“We put our love as the first and foremost,” Marina says. “Love and family always come first and only then comes our business.  We live and work hand in hand and heart to heart.”

STYLE ALL HIS OWN

Marina says Alexander’s style is unique in that he can elicit a wide range of emotions.

Some of his work is political, such as “All in His Hands,” which depicts politics as a puppet show with all of the 2016 presidential candidates on strings — while others, such as “Reflections,” about the stages of life and growing through faith, are rooted in explorations of religion.

But he also covers themes that are slightly less serious, such as the power of dance in his series of salsa dance paintings. The couple used to take salsa classes at Tampa’s Simone Salsa Dance School, where Alexander says he was inspired by the people he met.

“Every man can be a great man with self confidence,” Alexander says, which he found in the most average, timid-looking men would transform while dancing.

Alexander says his paintings are for all ages, and Marina agrees that his work has the unique ability to touch anyone.

Marina says her husband likes to explore the themes of both peace and war to show all the emotions that consume our lives.

“When I realized the world is full of beauty and emotion, I decided I wanted to be an artist — to convey that beauty I saw,” Alexander says. 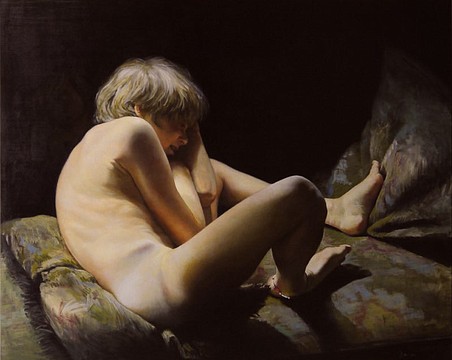 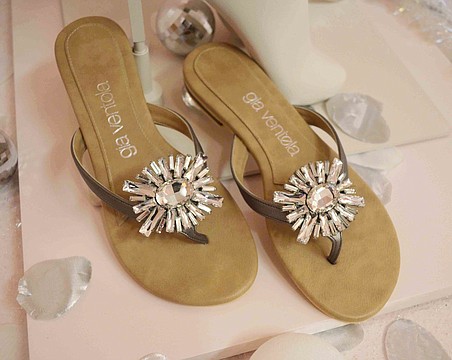 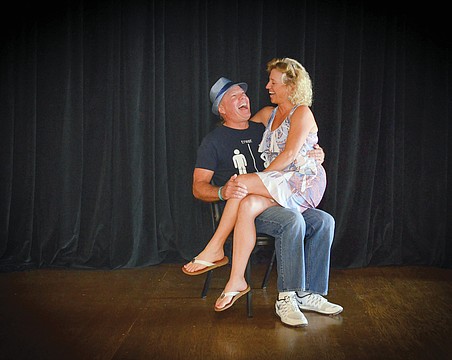 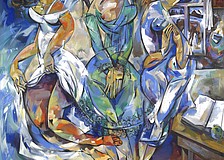 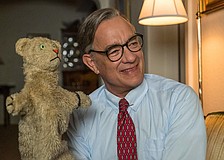 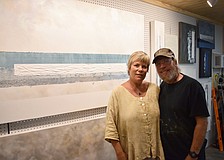 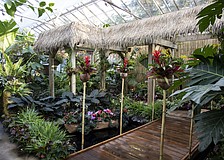 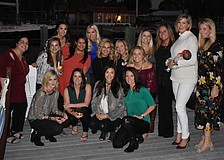