Choral Artists of Sarasota performs most inventive collaboration yet

“O Fortuna,” that exciting hypnotic passage that opens and closes Carl Orff’s “Carmina Burana,” is now a part of pop culture and has been used in countless movies, television shows and commercials. We seem to hear it somewhere, somehow, almost every day.

However, last Saturday afternoon at Sarasota’s Church of the Palms, a sold-out audience heard “Carmina Burana” in its entirety. The Choral Artists of Sarasota, conducted by Joseph Holt, together with Sarasota Young Voices, Sarasota Contemporary Dance, two pianos and six percussionists, gave an absolutely electrifying performance of this visceral work.

“Carmina Burana” is normally done as a concert piece for three soloists, large chorus and orchestra, but in this two-piano version authorized by the composer, one could hear and feel the complexities of the rhythms, words and melodies as they permeated every inch of the large performance space.

The chancel of the church was filled with almost 80 singers, two pianos and a seemingly endless amount of percussion equipment, leaving scant room for the dancers. But dance they did, using every available square inch of space, at times spilling over into the audience.

Orff’s writing for the three vocal soloists is often without mercy, stretching their voices to the utmost reaches and a bit more to make his musical points. Soprano Catherine Wethington, clad in a beautiful red gown in stark contrast to the solid black of everyone else, was the most effective, singing with a lovely clear floating sound throughout. Tenor soloist Timur Bekbosunov projected both the agony and terror of the roasting swan with compelling sounds and gestures. Baritone Jason Stearns navigated his treacherous solos with mixed effect, moving from his warm middle voice into occasionally effortful upper regions, including some challenging falsetto passages, while portraying a drunken abbot in the tavern scene.

Sarasota Contemporary Dance Artistic Director Leymis Bolaños Wilmott created an exciting choreography specifically for this work and space, stating that she “envisioned the choreography as the sound waves emanating from the singers, literally bringing this powerful work to life.” Her six dancers, Elisha Byerly, Benjamin Howe, Charlotte Johnson, Rachel Lambright, Melissa Rummel and Melissa Coleman Sperber, performed these dances with skill and elan, moving throughout the space and aisles of the church.

Their movements range from perfectly timed and executed robot-like twitches conducted by Benjamin Howe, briefly borrowing Holt’s baton, to grand sweeping arcs and entwined groupings, all within the contours of the score. Well conceived and expertly executed, these dances added to the mood and impact of the performance. Each of the dancers was featured at one time or another, but it was as an ensemble that their movements, groupings and lithe athleticism were most impressive.

The afternoon opened with about 16 students from the Wakeland Elementary School Orff Orchestra illustrating many of these techniques with wonderful enthusiasm in a charming and constantly changing pattern of rhythm, melody and percussive sound. Their teacher and conductor was Ian Cicco, himself a Choral Artist singer and certified Orff Schulwerk instructor.

Joseph Holt and his Choral Artists of Sarasota are well known for their collaboration with choruses, the Westcoast Black Theater Troupe, Artist Series Concerts, and others, but this latest venture by the group is certainly the most inventive, exciting and rewarding of all. 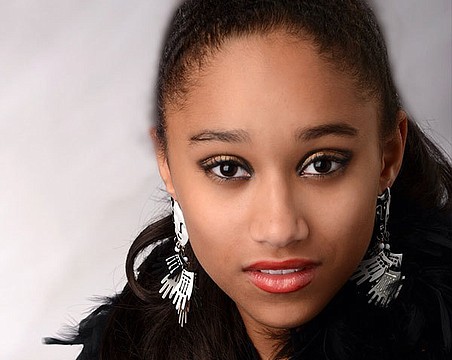 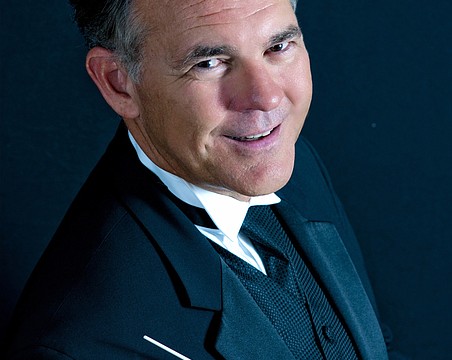 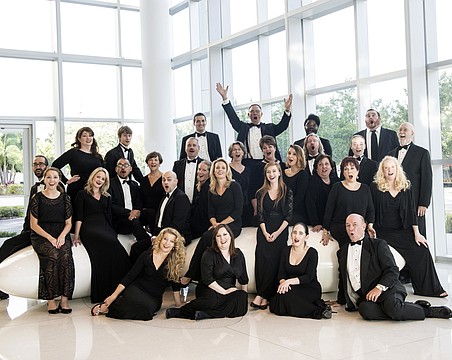 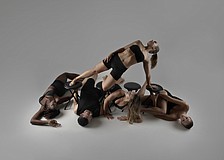 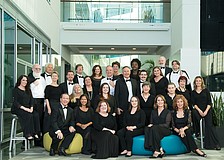 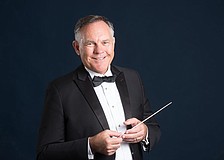 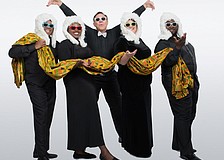