Longboat sewers leak from the outside in

Water leaking into the Longboat Key’s sewer system is part of the reason for the difference between what customers produce and the overall total.

Longboat Key’s wastewater system, in theory, is sealed and contained within itself.

“This has been going on for years, from my understanding,” Warner said.

The issue raised questions a few weeks ago when, at a meeting with the Town Commission, Public Works Director Isaac Brownman told commissioners that the island pays to treat about 39% more wastewater than residents and businesses produce.

“Really, overall, we do know that the amount of wastewater that [Longboat Key] returns to us has seen fluctuation,” said Amy Pilson, spokeswoman for Manatee County Utilities System.

And that fluctuation comes from many factors, Warner said. Inflow and infiltration, or the amount of water that penetrates the wastewater system through cracks in old pipes or loose joints between sewer ducts, is one.

For example, in September, Hurricane Irma dumped a significant amount of stormwater on the island, much of which was absorbed into the ground.

Some of that ended up in the sewer system, resulting in about 10 million more gallons of wastewater than island customers produced. The cost of this excess is built into the wastewater cost to ratepayers, said Sue Smith, finance director.

The town has been working for years to fix the problem by lining its pipes with a polymer.

The town has done this to about three quarters of the pipes on the island, Warner said. The next location it wants to seal is the north end of the island.

“The older [the pipe] gets, the more you keep up with it,” Warner said of the cyclical inflow and infiltration problem.

This problem is not unique to Longboat Key — it’s happening all over the country — but the fact that the highest point of the island is so close to sea level, like all barrier island in the area, exacerbates the Key’s inflow and infiltration problem. 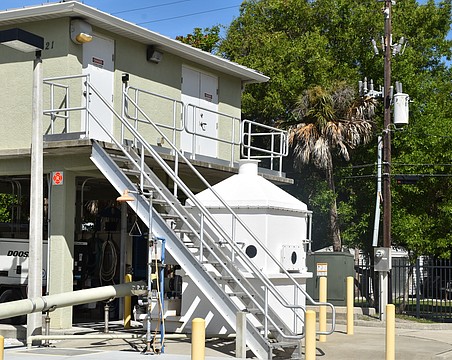 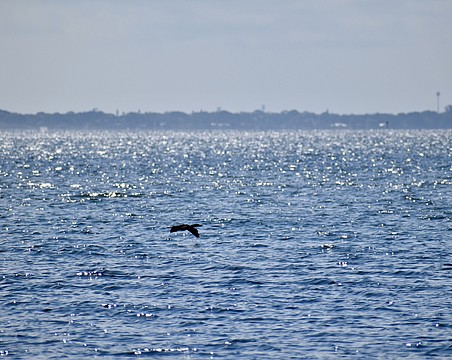 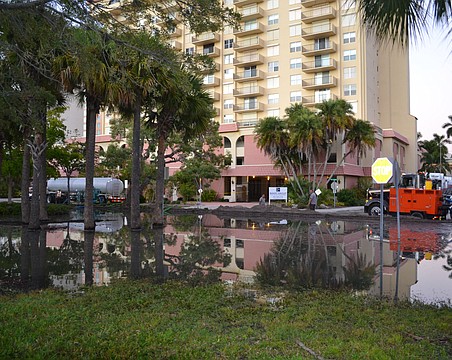 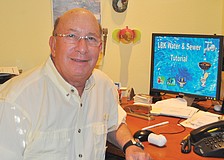 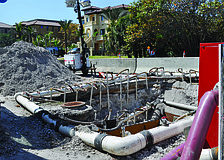 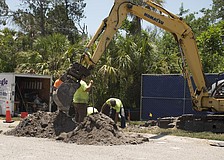 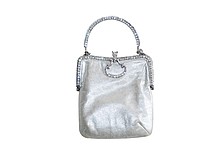 Landau pipes up about wastewater flow 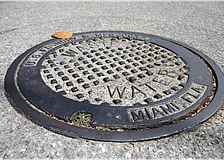