In "Femmes Fatales," digital artist Elisabeth Trostli aims to show how female artistic subjects can be sensual and strong at the same time.

In Elisabeth Trostli’s world, every woman is a warrior.

Taking a look at the artist’s digital paintings is like looking into an alternative reality — a reality where geishas can also be samurai and female dancers can be both sensual and empowered. It’s a world where women of all ethnicities are celebrated for not just their beauty, but their strength.

“These futuristic women are a little provocative, yet strong and able to defend themselves,” she says of the subjects of her work. “They’re more than pretty women.”

About 10 of these works can be seen at Art Uptown this month for “Femmes Fatales,” Trostli’s first solo exhibit at the gallery, where she has been showing pieces for three years.

Trostli’s style was born out of two significantly different types of art: botanical illustration and theater.

The Brazilian-born artist moved to New York at the age of 11, jumped around New England for several decades and found herself in Sarasota in 2011 to work for Olivia Marie Braida-Chiusano, founder of the Academy of Botanical Art.

At the academy, Trostli taught elements of graphic design and learned more about the practice of botanical art. Her background is in illustration, a subject in which she earned both her bachelor’s and master’s degrees at Rhode Island School of Design, so she was eager to return to the artform through botanical art after 20 years of freelance artwork.

Trostli says she knew all the shortcuts and tricks of Photoshop from school, but it wasn’t until she started teaching graphic design that she decided to integrate those skills into her own artistic process.

She soon started digitizing the botanical illustrations she was creating, leading her to play with the idea of creating original artwork on the computer.

This idea didn’t fully take off until two years ago when a friend of Trostli’s, Art Center Sarasota instructor Judy Nadler, encouraged her to create artwork for The Players Centre for Performing Arts. Nadler was curating the art display for the theater’s lobby, and she was looking specifically for theater-themed pieces.

Trostli responded with a series of colorful, intricate masks created in Photoshop. The masks were inspired by several cultures, sometimes featuring animals native to that specific location. And they always featured female faces.

The masks quickly evolved into full-body portraits of these powerful women who appear in all skin colors (she says she didn’t want them all to be white) and in varying degrees of sensuality — some are fully covered while others show enough skin that Trostli often hears gallery guests telling their husbands not to look.

Trostli uses Photoshop with a mix of photography and decorative accents to round out her works and create a detailed collage effect. For the background of one of her pieces, “Traveling Incognito,” she used a photograph of a panel from a luxurious ocean liner from the Titanic era.

She adds embellishments such as sequins once the image is already on the canvas to create pieces of jewelry — after several years as a jewelry designer, she can’t help but add some sparkle.

“It makes it more precious looking, and then they (buyers) get something my hand has touched,” she says.

Trostli has a strong interest in steampunk, a subgenre of science fiction that involves technology and aesthetic designs inspired by 19th century industrial steam-powered machinery. She says many of her women are born out of this style and adapted to fit the period and location each of them is meant to be from.

Asked to describe her style in one word, Trostli says “jeweled” because she utilizes patterns, textures and all sorts of other details that glitter to keep her works beautiful.

“I don’t want to show anything ugly unless it’s intricate.”

She says it’s an important time to be making art that depicts strong women, particularly those who showcase a nonviolent power.

Trostli isn’t sure this is a particularly smart subject matter commercially, because she believes Sarasota is a fairly conservative city, but she doesn’t let that stop her.

“Presently the influence of women is being squelched, but there’s an emergence of woman power,” she says. “That’s my message — women have a lot of historical ways to get there.” 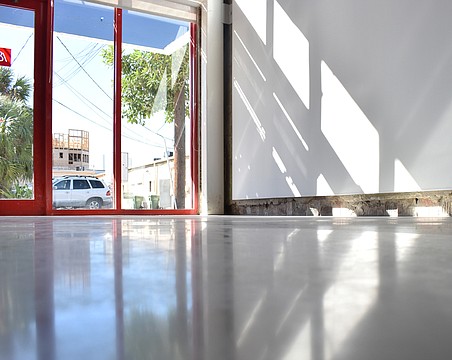 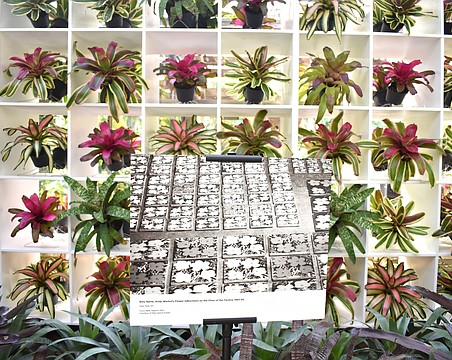 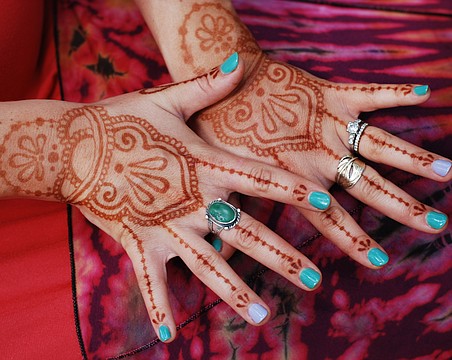 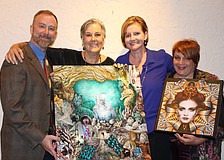 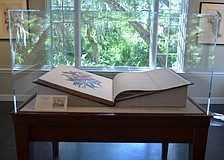 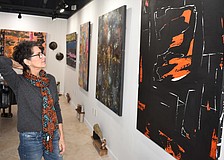 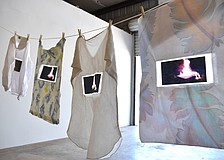 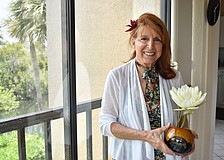