Childhood cancer is rare, but to Laura Gilkey it doesn’t feel rare.

Gold is the trademark color of childhood cancer awareness, and this month, Gilkey will likely see a lot more of it. September is National Childhood Cancer Awareness Month.

It’s a busy time for Gilkey. She’ll campaign on behalf of children with cancer and their loved ones. She’ll raise money for her foundation, the Benjamin Gilkey Fund for Innovative Pediatric Cancer Research, named for her son who died Feb. 11 of leukemia.

Gilkey has teamed up with the Tampa Bay Rays, who will donate a portion of ticket sales Sept. 17 to the fund. Gilkey also invites the community to wear gold Sept. 29 to raise awareness for childhood cancer.

These are statistics Gilkey doesn’t take lightly. She knows four Sarasota children who lost their battles with childhood cancer in the past year, her son Benji among them. But they also aren’t statistics that Gilkey is content to leave unchanged.

On Valentine’s Day, three days after Benjamin Gilkey died, Laura Gilkey announced the creation of the foundation in his honor.

Rays up for Research: Gilkey is partnering with the Tampa Bay Rays for a group sales event to benefit Benji’s foundation. Tickets are available at groupmatics.events/events/Raysup3. A video of Benji’s relationship with All Children’s will be shown before the game.

Rainbow Stars: Wild Ginger Apothecary Studio and Lounge will host a Rainbow Star-making workshop at 6:30 p.m. on Sept. 28. The stars will be sent to children with cancer nationwide.

Give Blood: Gilkey said the best way to help those with cancer is to give blood. There are lots of opportunities to give, including One Blood, which solely supplies All Children’s. For information, visit oneblood.org.

Her son was affectionately known as Benjamin the Brave.

The fund benefits Johns Hopkins All Children’s Hospital in St. Petersburg, but its impetus is here in Sarasota.

“Even though I focus on All Children’s, it’s obviously very much a local issue,” Gilkey said. “If you have a child diagnosed with anything serious, you are going to go to All Children’s.”

The foundation targets research in the fields of genetic predispositions, immunotherapy and toxicity to chemotherapy, all factors in Benjamin Gilkey’s cancer. So far the fund has raised $190,000, and Gilkey said she is confident it will exceed $200,000 by the end of September, which will go toward research at All Children’s.

She’s is no stranger to All Children’s. It’s where her son received treatment, and it’s where, she hopes, the next breakthrough in children’s cancer research will take place.

“Dr. (Benjamin) Oshrine really took such good care of him,” Gilkey said “It was relentless. They were very innovative, and I just felt like he was so close. I just feel very confident that if we can support them financially that some sort of amazing breakthrough will happen and he can walk into another hospital room and make some family’s day.”

For Gilkey, it’s all about the research.

“We’re just on the cusp that we are changing the way we treat some cancers,” Gilkey said. “I don’t feel that we are just throwing money at a problem. I really feel that it is an investment in a solution.”

“I feel like the best way that we can honor Benji’s bravery is to try and help another child survive (who) might not be able to today or their chances might not be as good without the research,” Gilkey said. 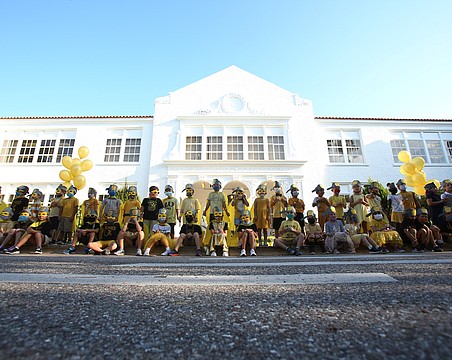 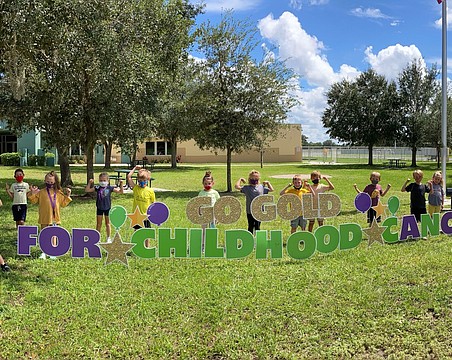 Heart of gold at McNeal 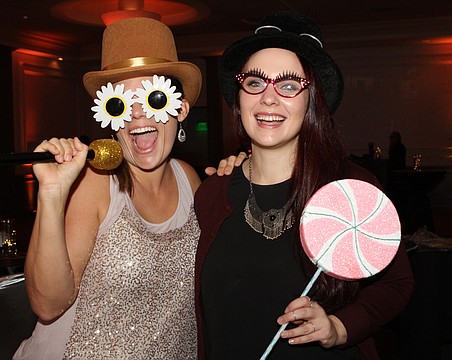 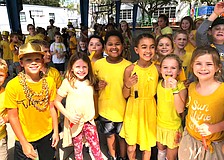 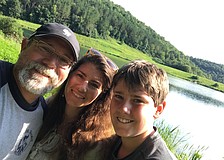 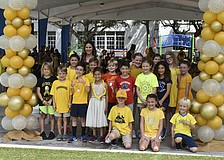 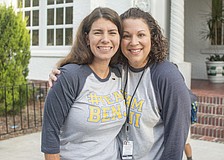 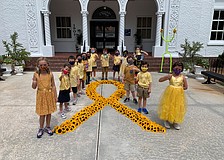