The group gave an extraordinary performance of Bach B Minor Mass on Nov. 19 at The Church of the Redeemer.

The Choral Artists of Sarasota closed out BachFest Sarasota with a stunning performance of the Bach B Minor Mass on Nov. 19. The B Minor Mass is a massive and important work in Western music, and its length of over two hours didn’t seem to bother the large and enthusiastic audience at Church of the Redeemer.

Composed over a period of years, the B Minor Mass, together with the Art of Fugue and Musical Offering, represent the culmination of Bach’s genius. The Mass is scored for chorus, four soloists, and a small orchestra of strings, flutes, oboes, bassoons, trumpets, horn and continuo. The choral writing is complex, contrapuntal, and at times very chromatic, often calling for five or six parts, and occasional double chorus. All the vocal solos and duets have interaction with their instrumental counterparts.

Performance practice of this Mass has varied from the small — probably one on each part — chorus and orchestra of Bach’s day to the gargantuan choruses and orchestras so loved by audiences in the Romantic period. Artistic Director and Conductor Joseph Holt wisely chose a middle ground, with a chorus of 30 voices and an orchestra of 21, plus continuo, and the Church of the Redeemer proved to be an excellent setting for this performance, which he conducted with skill and musical nuance.

Now in his ninth season with the Choral Artists, Holt has assembled a group of professionally trained singers who were more than able to deal with all the complexities of Bach’s writings. The antiphonal seating of the chorus at times made it difficult to hear the altos and tenors, especially in their lower ranges, but the overall balance, intonation and quality of sound was excellent.

Particularly impressive were the intensely chromatic sections of the “Crucifixus,” with its recurring bass line accompaniment, then bursting forth with glory and brilliance in the “Et resurrexit” chorus of resurrection with its exultant Bass solo.

Each of the soloists was outstanding and well suited to both the lyric and florid passages Bach gave them. Soprano Adelaide Boedecker, a Sarasota native, has a lovely limpid sound with just the right amount of bloom in the voice. Thea Lobo proved her lovely mezzo is at home in Bach as the thorny thickets of Berio, and both her solo and duet with Boedecker were a joy. Blake Friedman, tenor soloist in last year’s Verdi Requiem, sings with a clear, clean sound that is ideal for Baroque music, and the “Benedictus” with flutist Francesca Arnone  was a musical and emotional highlight. Calvin Griffin in his first Sarasota outing, possesses a commanding bass voice with a bit of an edge, and handled both lyric and moving passages admirably.

The instrumental solos were uniformly excellent: Daniel Jordan, violin; Christine Kim, oboe; Elyse Kayzon, horn; and Fernando Traba, bassoon, joined with their vocalists and added glorious melody and counterpoint to the solos. The excellent continuo was provided by Mark Kroll, harpsichord; Ann Stephenson-Moe, organ; Natalie Helm, cello; and John Miller, bass. And of course, there were those piccolo trumpets, played with clarion sound by Daniel Mendelow, Gregory Knudsen and Aaron Romm, adding to the splendor of it all.

BachFest Sarasota was a five-day marathon of music, jointly presented by the Artist Series Concerts and Choral Artists of Sarasota. The festival featured seven performances and lectures, from the impertinence of PDQ Bach, keyboard and organ music, and reached a most fitting climax with this wonderful performance of the B Minor Mass. 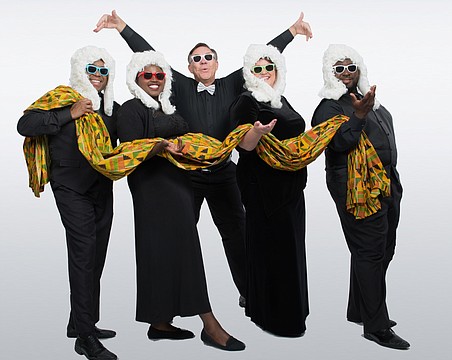 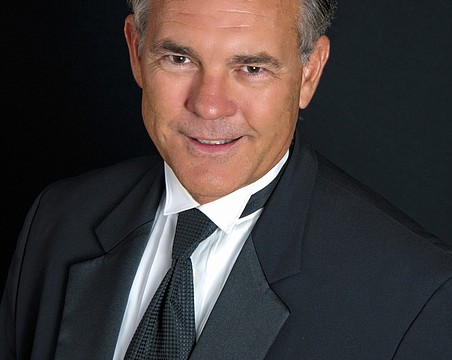 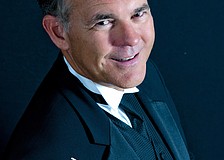 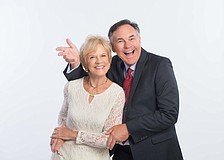 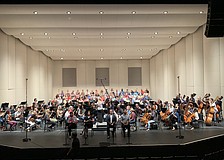 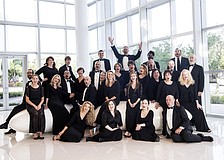