The Ringling’s latest “New Stages” production is called “Experiment #42.000.” It’s the brainchild of an artists’ collective called “The Institute for Psychogeographic Adventure” (IPA). What they’ve dreamed up is all about experience and being in the now. Analysis seems to defeat the point. Instead, here are a few brief impressions of my experience …

Ordinarily, I’d be sitting in a non-descript hall in the Visitor’s Center at The Ringling. Today, it’s the intake office for the IPA. (Or laboratory might be a better term—the people temporarily in charge are wearing white lab coats, after all.) One hands me a clipboard with a nosy questionnaire about my childhood dreams, favorite games and such. Based on the lab coats, I assume there’s a scientific purpose, so I fill in the answers. For my adventure name I choose “Marty.” Because it is.

I briefly wait with a few other human lab rats. A nice young woman in a clean white coat says we’re now ready for adventure—a one-of-a-kind adventure, based on our answers to those nosy questions. We’re going to encounter artists and performers of all descriptions at strategic locations on the museum grounds. The encounters are different for everybody. And never the same twice.

A tram pulls up and we all pile in. The comedian at the wheel asks if we’re all paid up on our life insurance policies, ha-ha, funny guy. Then he tells me where to get off.

And my adventure begins.

First stop: the circus museum. A wandering minstrel with a guitar wanders up. He regales me with odes to the Flying Zucchinis and Blinko the clown—song parodies, to tunes by Bruce Springsteen and John Prine. (Smart minstrel. If you’re going to steal, steal from the best.) Then he pulls back a curtain—

And the Bradentucky Bombers roll up. Everybody’s favorite locally-based women’s flat track roller derby team! They instruct me on the basics of hip checks and yelling. Then one takes my hand. She pulls me to the exit—deftly skating backwards through the darkness.

Outside, the sunlight reveals another musician—her instrument being a washboard. She tells me of a revelation at a recent séance. Evidently, I’m destined to get her job! But first, I must play the kazoo. We march off together, and do a kazoo duet to the tune of “The Stars and Stripes Forever.” She promises to stay in touch.

After all that happy noise, things get quiet. An astronaut as silent as Teller leads me into a cathedral-like inner spaces of a banyan tree. (I say it reminds me of the tree in “Avatar.” He says nothing.) He wordlessly directs my attention to the vaults and buttresses of ancient prop roots, thick in the tree’s center mass, attenuating at the periphery. Decaying leaves form a natural carpet; this tree evidently makes its own soil. Silent lessons imparted, he hands me a leaf in a souvenir Ziploc bag.

My next adventure is also quiet. But not wordless.

Like RCA’s famous mascot, I bend my ear to a speaker column, and listen to Aviana—a five-year-old poet who speak softly of her love and connection to nature. Then, she proudly informs me that her father is also a poet.

Her father, Cedric, awaits me in the Turrell Skyspace inside the museum—standing just below the slice of cloudless blue in the ceiling’s opening. He asks my impression of the space. I say it’s a sense of infinite possibility—in contrast to the usual petty distractions. He riffs on that thought with more eloquent words than mine. Now it’s time to play a game!

And it’s all set up in the next gallery.

And there’s the Grim Reaper—complete with scythe and black robe, straight out of the Ingmar Bergman movie. He’s ready to play!

I always knew this would happen …

My ultimate opponent opens with pawn to queen’s bishop six—holy crap, it looks like the queen’s gambit! Before long, he (she or it) gets their queen in the center of the board—and all I’ve got is a lowly knight. I brood. Death impatiently stamps his scythe on the floor. A discovered attack and a knight fork later, and I put his king in check twice, and capture a bishop and a knight. Death, evidently a sore loser, sweeps the pieces off the board. A nagging thought occurs to me … maybe he let me win? Death might be the final adventure, but it would tend to thin out the adventurers.

A stately 19th century lady in a feathered hat greets me in the Rubens Galleries. An artist, she informs me—Mary Cassatt, the American impressionist and student of Edgar Degas. She points out the paintings by women artists in the collection. And steadfastly denies that her relationship with Degas was anything more than a good friendship.

Cassatt leads me outside. Across the courtyard, a 21st century artist waves to me from the loggia on the other side. I sit down at her table, in full view of the museum’s iconic bronze reproduction of Michelangelo’s sculpture of David. She asks me to make a drawing—with my hand in a box, so I can’t see what my hand is doing. A classic experiment from “Drawing for the Right Side of the Brain”—and the artistic equivalent of walking a tightrope without a net.

After that, a man who calls himself “Jack” takes me in the most banal room in the museum complex—a cramped alcove kitchen. Total darkness, except for a few red lights on the humming fridge, coffeemaker and microwave. It’s basically brief sensory deprivation experiment, punctuated by bursts of a flashlight on a rolling orange and a toy that looks like it escaped from “Pee Wee’s Playhouse.”

Sensory deprivation turns to sensory overload. Two dancers from New College appear like lovely apparitions in Anne Patterson’s “Pathless Woods” installation. Dressed in flowing white robes, they lead me hither and yon through the ribbons of color. I successfully avoid running into a wall.

My next stop is a cunning industrial-art installation: a small metal room attached to a pulley that changes your spatial experience, depending on which number you select. Which some folks call “the elevator.”

It takes me to the IPA outtake lab. Various test subjects, myself included, draw mental maps of their experiences and make brief statements for a vid-cam. As I recall, I say several clever things. But that comes dangerously close to analysis. Which really defeats the whole point … 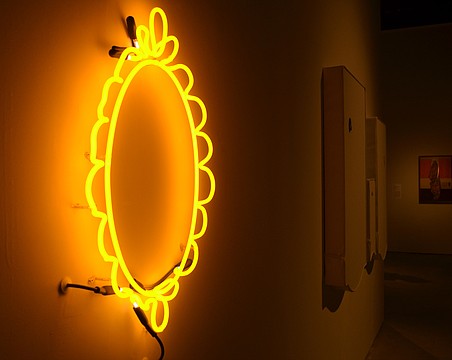 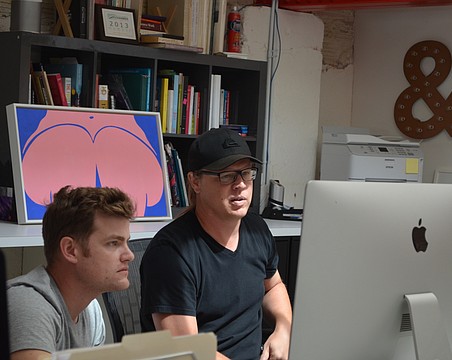 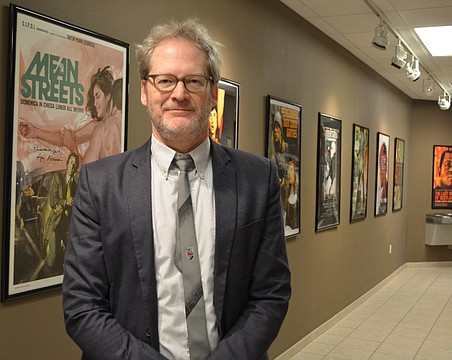 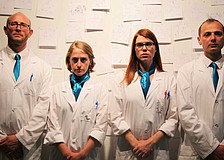 Experiments in Art: Institute for Psychogeographic Adventure takes over The Ringling 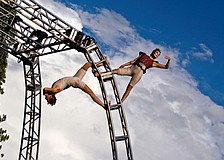 The Ringling takes performance beyond the stage 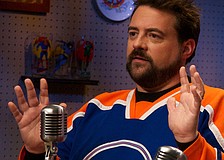 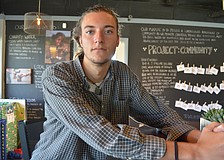 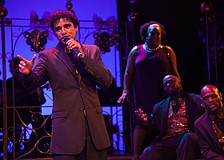