She took over leadership of the school 2011 and has since refocused its collective attention to ensure her students  are prepared for college and career. On June 21, the Florida Department of Education honored her effort, naming Shelley Florida’s Principal of the Year.

“I was absolutely shocked,” Shelley said. “I was sitting there, and I heard the name and it took me a couple of seconds to realize they called my name.”

But Shelley said she never wanted to lead Booker High.

“I believe at the time they were only looking for an African-American to be the principal of Booker High School, and honestly I wanted no part of it for that reason only,” Shelley said. “I want to be identified and selected for my ability, not the color of my skin.”

She declined to apply for the position. But three days before the posting closed, she had a change of heart.

“I was told I was the best applicant they have had in a long time,” Shelley said. “I realized then that it was meant for me to be at Booker High School.”

Shelley began to see her own experiences mirrored in her students. She grew up in Sarasota’s low-income housing, graduating from high school at 16 years old. Despite her expedited high school performance, nobody identified her potential. Nobody encouraged her to take dual-enrollment or advanced-placement classes or apply for college.

It took a nudge from a friend for Shelley to consider college. She graduated from Bethune-Cookman University, later earning master’s and doctorate degrees.

Yet, more than her own success, Shelley points to that of her children as evidence of education’s power to affect one’s trajectory.

Her son graduated from Riverview High School, attended West Point and is now serving in the Army. Her daughter graduated Pine View High School and was accepted to Cornell University.

“When I think about that, and I think about where I have come from, how can I not recognize the importance (of education,)” Shelley said.

But Shelley dreams of success for all 1,200 of her children — the students of Booker High School.

She and her staff work tirelessly to help students realize they’re capable of more than a high school diploma.

Her goal is simple — that every student leave Booker High School with a post-secondary plan.

To meet that end, she and her staff run a tight operation. They have meetings at 6:30 a.m. four days a week. They track data points and watched as the percentage of students completing the Free Application for Federal Student Aid rose from 35% to almost 60% during Shelley’s tenure at Booker.

They have introduced a four-year college readiness course beginning in ninth grade and have watched as the number of freshmen who finish with a GPA more than 2.0 has increased to 60%.

But Booker High School is more than data. It’s 1,200 students, each of whom Shelley is personally invested in. She pokes her head into classrooms and offices to say hello to a student as she walks by. She makes sure each of her students, regardless of where they fall in the data, are nurtured.

“My true satisfaction comes not always through the mundane data of school grades and such,” Shelley said. “I recognize the importance, but the school grade doesn’t change the kids lives.”

Although she stands humbled by her most recent honor, her vision hasn’t changed.

This story has been edited from it's original version. 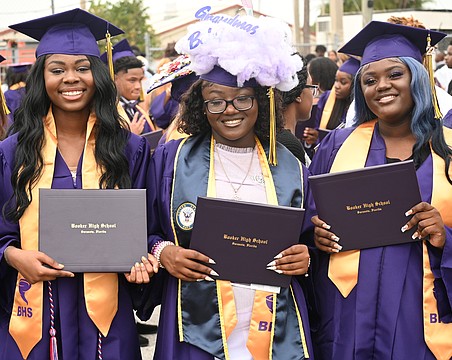 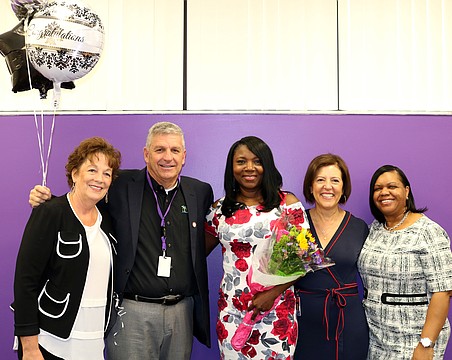 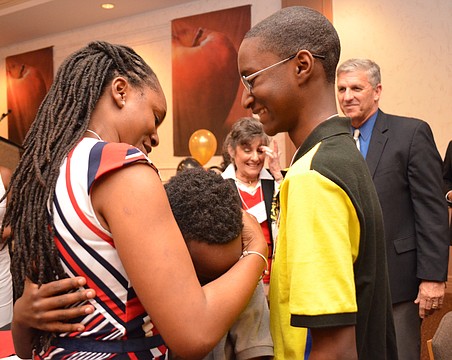 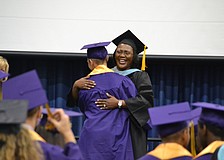 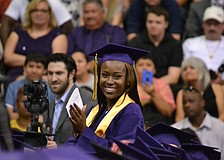 Booker graduates look to the future 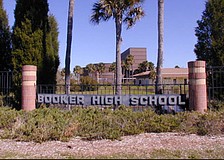 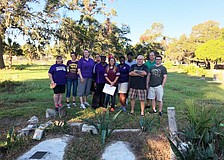 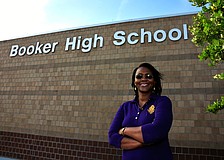