Can an eclectic eight-person field — and an increased push from outside parties — help drive up participation in the city election?

To secure a spot as one of the five most important policy makers in the city of Sarasota, you might need the support of fewer than 4,000 people.

With about a month left before a citywide election for two at-large seats on the City Commission, voter turnout is a topic of concern for officials. Eight candidates are in the race, some of whom are actively courting non-traditional voters and working to raise awareness through new means, such as social media.

The last time there was a citywide vote, in 2013, voter turnout stood at 17.3% in the March election. The turnout hit 20% for the subsequent runoff in May. Since then, the city has periodically discussed whether to move the municipal elections to November, when voter turnout can top 70%.

Last year, the commission signaled its interest in holding a referendum to see if voters wanted to move elections from the spring to the fall. The board eventually reversed course, leaving election day as is for now.

In lieu of an overhaul to the election system, how might voter engagement increase in city races?

Raymmar Tirado hopes he’s found an answer to that question.

Tirado, the founder of new media organization Sarasota Underground, understands why the average person isn’t particularly interested in local politics. It’s not easy to show up to a City Commission meeting on Monday afternoon, or to find out specifics about a project in your neighborhood before it’s already been approved.

His goal is simple. He wants to make it easy.

“We’re just going to become a filter,” Tirado said. “A beautiful filter that takes a lot of information that’s not easily digestible and makes it just that.”

Sarasota Underground is using the election as an opportunity to showcase how it believes it can integrate itself into the community. On Feb. 15, the organization is hosting a community town hall, with a commission candidate forum serving as the headlining attraction.

Tirado, 33, wants to help Sarasota move into the 21st century. He hopes the event will be an opportunity to get young people plugged into the election — and the town hall is being designed to be more inviting for political outsiders.

“Can we present this information in a way that’s more interesting, more fun?” Tirado asked.

In certain respects, it’s hard to pin down the mission of Sarasota Underground. Tirado said the organization will be advocating for certain causes it believes in, but it also wants to be a platform that gives fair consideration to all perspectives. In addition to producing videos and holding events on  municipal issues, Tirado wants to help creative types connect and showcase local businesses.

Most of these goals can be boiled down to one lager umbrella: community involvement.

Tirado also serves on the board of the Young Professionals Group, an organization that has largely focused on networking but is evolving to take on more of an advocacy role.

As it stands, Tirado said, young people are lacking a conduit for getting involved in government. Neighborhood activists, by contrast, are well organized and have years of institutional knowledge. Candidates will attend neighborhood association forums because the 50 people who show up are reliable voters, Tirado said. In the current landscape, that can make a big difference.

“When you understand there’s almost 40,000 registered voters, and only 6,000 are making those decisions, there’s 80% that don’t have any say in what’s going on,” Tirado said.

He doesn’t resent the better-connected groups. He just wants young people to be on the same level. Getting to that level can be a challenge for a generation inclined to read headlines to get the news that matters most, he said.

“Sarasota’s not about the headlines,” Tirado said. “Sarasota is a very old-school community, working on word of mouth. Communities like that require your dedication and involvement.”

“Sarasota is a very old-school community, working on word of mouth. Communities like that require your dedication and involvement.”

After conducting interviews with candidates, Tirado received positive feedback across the spectrum of those running in the race.

More than 550 people have RSVP’d for the town hall event. Tirado hopes this is the beginning of an ongoing conversation — one that empowers younger people to speak up when ballots are being cast and when policy is being made.

“We’re looking for creative, unique ways to plug people in and make people feel like they’re part of the decision process,” he said.

On Jan. 17, County Commissioner Paul Caragiulo posted a video on his Facebook page detailing the process of voting in the city election.

The race has its nuances. Voters are allowed to vote for up to two candidates. If two candidates don’t win a majority of the vote, a runoff is held in May. Depending on the results of the first election, either two or three candidates move onto the second.

Caragiulo, a former city commissioner, said he made the video in an attempt to help demystify the voting process. He encouraged residents to vote by mail — so far, 5,192 mail ballots have been requested for the city election, according to the Sarasota County Supervisor of Elections office.

He knows as well as anyone the value of a vote in city races. Caragiulo lost his first commission race by 104 votes, and won his second by 14. He thinks there’s a simple answer for why more people don’t turn out in the spring elections.

He is an advocate for moving the elections to November, arguing that voters are better conditioned to vote in the fall. He encourages any efforts to get more people to participate in the voting process, but he’s not optimistic if elections remain in March and May.

“You don’t have events at 2 a.m., typically,” Caragiulo said. “Why? Because you’ll have three people show up.” 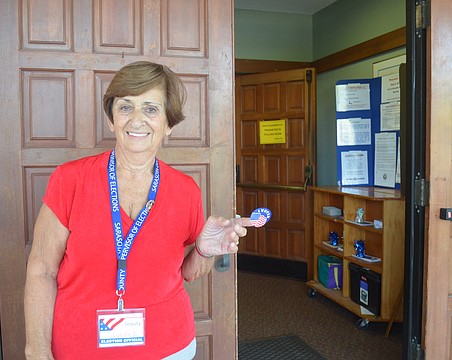 Sarasota voting kicks off with confrontation 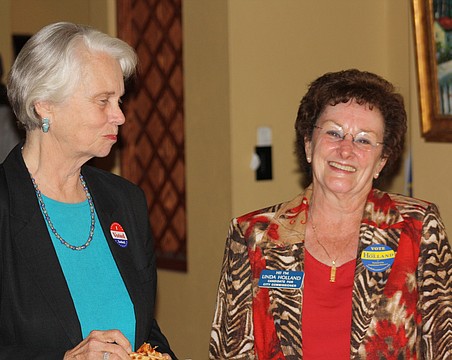 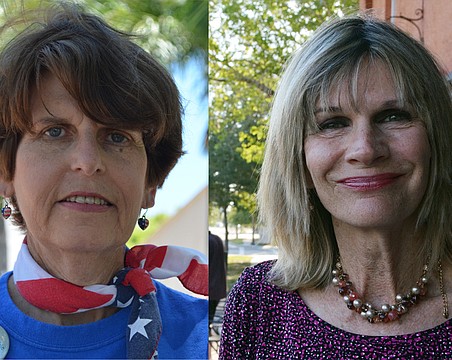 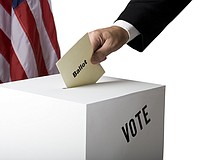 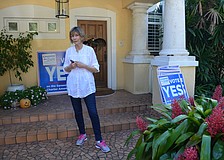 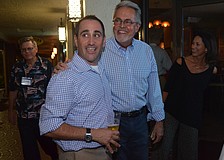 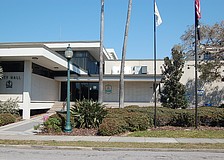