Stephen Stouffer was briefly homeless before Goodwill Veteran Services and a new career with Signal 88 Security helped turn his life around.

Steven Stouffer, a decorated veteran who worked for the FBI and as a private detective after eight years in the U.S. Marine Corps, was working at Winn-Dixie when Brian Hannon met him.

Stouffer moved to Florida from Pennsylvania to help care for his sick parents. But when they both died, things only got tougher for the veteran. That is, until he got involved with Goodwill Veterans Services and met Signal 88 Security of Sarasota franchisee Tim Robinson and Hannon, the company’s operations manager.

But when Stouffer found out about Goodwill Veterans Services of Manasota, things started to change.

“When you’re in the military, you’re trained to basically be this unstoppable force, that nothing stops you, that you can be basically anything you put your mind to,” said Mike Marzella, Goodwill Veteran Services coordinator, a veteran himself. “Sometimes veterans just need a hand up from us to get back on that track.”

A caseworker helped Stouffer receive counseling for post-traumatic stress disorder and get back into college classes, which he had stopped taking. At a Goodwill interview event, he met with Hannon, who hired him as a security guard on the spot.

“When Mr. Hannon met me, he looked me straight in the eyes and said ‘Nah, that’s it, you’re done. That’s just not you,’” Stouffer said. “First thing after they employed me, Mr. Hannon said, ‘You have a family now. You’re part of a team.’ And that’s important, coming from the military — that confidence knowing that they have your back and you have theirs.”

This is part of Hannon and Robinson’s ongoing effort to hire veterans. So far, they’ve hired about eight out of  their partnership with Goodwill.

“It’s given me a purpose again.”

“We consider our employees as part of a family, and we treat them with the respect that family members do,” Robinson said. “And I think having that mutual respect of each other and I think having that family feel really does help us all work together and bring vets from their unfortunate position to one where they’re going to again feel important, feel they belong and give them a future.”

Hannon, himself a veteran, says that’s why he wanted to partner with Goodwill.

“Having the opportunity to help fellow veterans that have kind of stumbled off the path and need a little pick-me-up to get back on that path was a huge part,” he said.

After Stouffer was hired by Signal 88, he quit his job at Winn-Dixie and began providing security at events, construction sites and condominiums. He’s so vested in the company, he recently changed his college major from psychology to anti-terrorism, and plans to stay with the company indefinitely to help it grow.

“I think without [these services], the vets are lost,” Robinson said of the company’s partnership with Goodwill. “They’ve served their country, they’ve been out there, they’ve seen it, they’ve done it, they come back here and they’re lost. So I think the importance of these services is really, it’s immeasurable. It’s something that you can’t qualify … maybe you don’t get them all employment, but you get them a sense of purpose.”

Stouffer agrees. Without getting involved in Goodwill Veterans Services and meeting Hannon and Robinson, he said he’d probably still be at Winn-Dixie.

“It’s given me a purpose again,” he said.

For veterans who want more information about the program, they can contact any Goodwill store or office, or call the Sarasota office at 941-355-2721, Ext. 451. For anyone who wants to help, Marzella said donations to Goodwill help keep the program running. 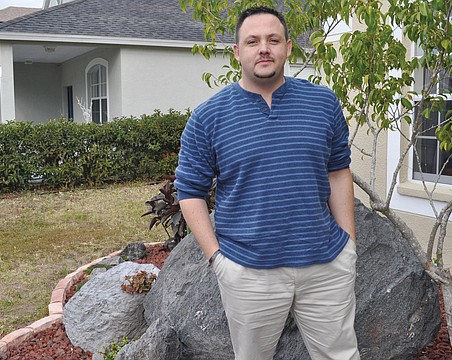 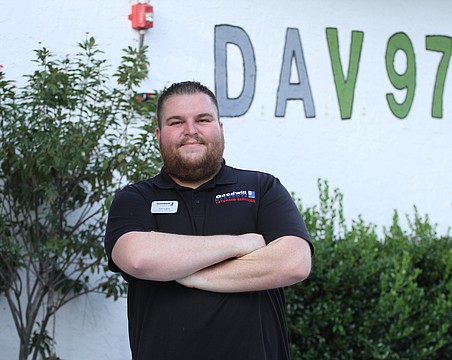 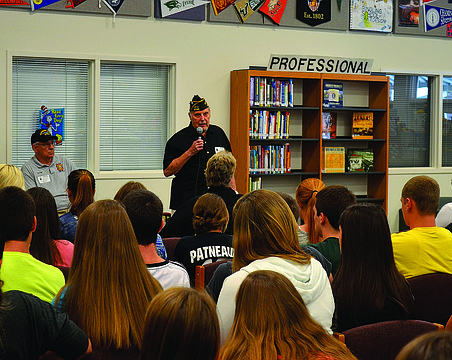 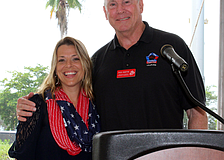 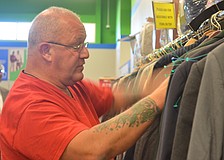 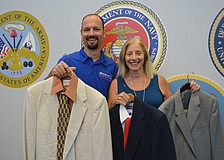 Suited to the task in Bradenton 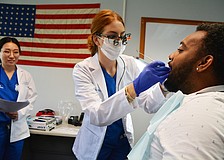 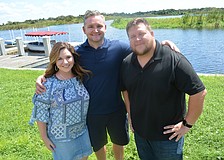