For the second time in a month, a passing storm will delay dredging on Longboat Key.

The crew from Norfolk Dredging Co. of Chesapeake, Va., pulled up stakes Tuesday, to move the 150-foot-long cutterhead pipeline hydraulic dredge named Pullen to Tampa for safe harbor. The dredge is working to replenish beaches on Longboat Key.

LONGBOAT KEY DREDGING AT A GLANCE

Longboat Pass dredging: Placing 400,000 cubic yards of sand to repair Longboat Key shoreline from North Shore Road to just sought of Broadway Street and between 67000 and 6391 Gulf of Mexico Drive and along the beach from New Pass up to The Resort at Longboat Key Club.

Supplemental truck haul: 33,000 cubic yards of sand to be placed between the Resort at Longboat Key Club and New Pass.

On Longboat, the National Weather Service predicts the worst of Hurricane Matthew to be felt Thursday and Friday.

Wednesday is expected to be mostly sunny with a high near 87 followed by isolated showers and thunderstorms before 11 p.m., according to NWS.

Scattered showers and thunderstorms, mainly after 5 p.m., will herald Matthew’s arrival. Tropical storm conditions are possible, according to NWS. The north wind is expected to have gusts of up to 28 mph, according to NWS with less than an inch of rain, except higher amounts possible in thunderstorms.

Tropical storm conditions on Longboat Key will still be possible Friday, which will be mostly cloudy, with a high of 85 and gusts as high as 32 mph.

The weekend will then turn sunny with temps in the 80s, according to NWS.

Hurricane Matthew is back over warm water Wednesday north of Cuba, and will rake through the Bahamas and appears likely to be a strong hurricane strike for a sizable swath of Florida's Atlantic coast, according to the Weather Channel.

Matthew is likely to have significant impacts along other parts of the Southeast U.S. coast, including the Georgia coast and the coastal Carolinas on Friday into the weekend.

A hurricane watch has also been issued north of Sebastian Inlet to the Fernandina Beach, which includes Orlando.

Tropical storm warnings are now in effect from Chokoloskee to Golden Beach in Florida, for the Florida Keys from Seven Mile Bridge eastward, and for Florida Bay.

All interests near Florida's East Coast should rush necessary preparations to completion today. 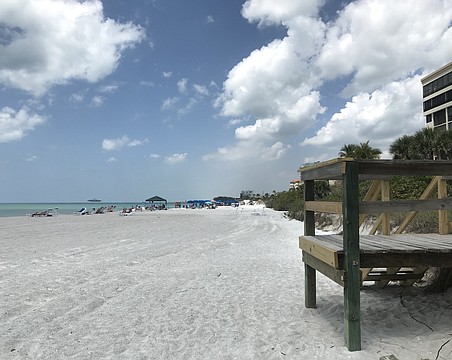 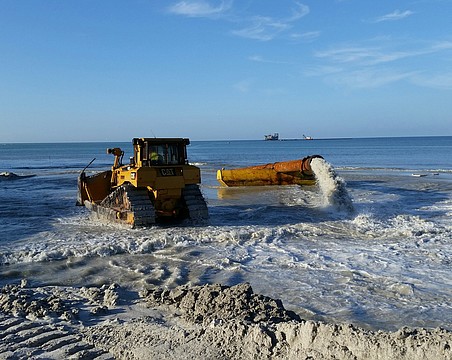 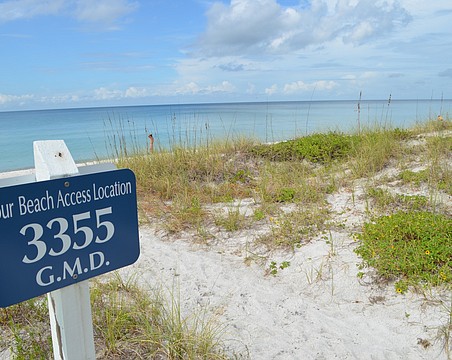 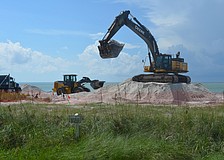 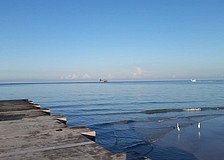 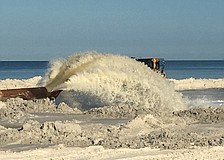 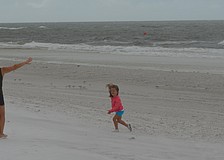