US Open shows how fun lawn bowling can be

It moves at a slow crawl, drawing out the intrigue of where it will stop its roll.

Eight men watch the red bowl weave its way in between two blue bowls, curl around a smaller white ball and come to a halt. Four of the men exclaim and clap. The other four can only give credit to their opponent’s shot.

Sarasota Lawn Bowling Club hosted the Bowls USA 2016 US Open from Nov. 12 through Nov. 19, and will host the event again next November. It is a big deal for the club. Bowls players from the world over came to Sarasota to compete, including India, Pakistan and Scotland. It even featured a true legend of the game in England’s Andy Thomson, who has been a permanent fixture in World Bowl’s top-16 rankings since 1996.

You may have never played lawn bowls, but I bet you’ve played one of its derivatives, bocce or curling, or at least are familiar with its concept. The idea of lawn bowls, or simply “bowls,” is to roll your bowls as close to the small white ball (the “jack”) as possible. Players are awarded points based on how many of their bowls are closer to the jack than their opponent’s closest bowl. So, if the closest three bowls to the jack are all yours, you are awarded three points. Games can be one-on-one, pairs, or four-on-four, in both a men’s and women’s division.

It sounds simple, but bowls do not roll in a straight line. They curve, at a large degree, and different throwing techniques put different spins on them. Greens, as the game’s playing surfaces are called, can run either fast or slow. Sarasota’s usually take about 14 seconds from end to end, while greens in Australia take about 20-24 seconds.

“It’s a game that you can probably learn how to play in an hour,” said Daniel Jittu, president of Sarasota Lawn Bowling Club. “But you master it over a lifetime.”

Clem Reiss, 74, has lived in Sarasota for 15 years, and has played lawn bowls at the club for equally as long. His appreciation for the sport stems from the option it gives athletes with backgrounds in other, more physical sports. If you can’t play tennis or basketball anymore, you can still bowl.

The game is most popular in countries like Scotland, England and Australia. It was popular in America before the Revolutionary War, but many prominent Americans disavowed the game to protest British rule, and it never regained its former popularity despite a slight bump in the 1950s and 1960s thanks to Walt Disney’s involvement.

Jittu said that while most people in the United States think of bowls as a “retirement sport,” that is not entirely the case. The club has a handful of teenagers who play once a week after school. Worldwide, the best bowls players are typically in their 20s and 30s. Only in America does it appeal to older generations.

That may soon change. Jittu, along with Bowls USA, the sport’s governing body in America, and World Bowls, the sport’s international federation, have put together a proposal to make lawn bowls an Olympic sport. Part of the proposal would make Sarasota a hub for the sport’s Olympic trials. If everything goes according to plan, a test lawn bowls Olympic-style games could be held as soon as 2024.

The Sarasota club has improved a lot during the past few years. Richard Broad, New Bowls USA president, first visited the club in 2000. He said the greens were “dreadful” back then. Broad credits Jittu with spending the money to get the greens ready for a major competition like the US Open.

Thomson agreed with Broad on the quality of the greens at the Sarasota Club. He added that American players have the potential to be competitive if they work at it, but stressed that the average age of competitors must drop if that potential is going to be reached.

“Bowls is only an old person’s sport in the media,” Thomson said. “It doesn’t have to be.”

Count this as me doing my part to change perceptions.

As Broad said of his community, “We may be small, but we’re charming.”

Try it, and you might be charmed yourself. It does not feature the adrenaline rush of more popular sports, but it is a fun way to get some sun and spend an afternoon with friends.

“How could there be anything better than this?” Broad asked. 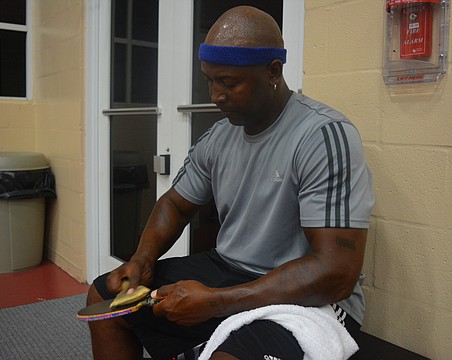 Sarasota Table Tennis Club prides itself on diversity and competition 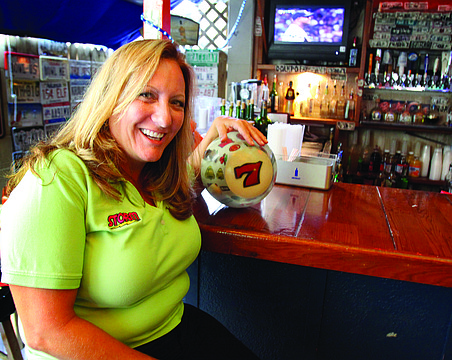 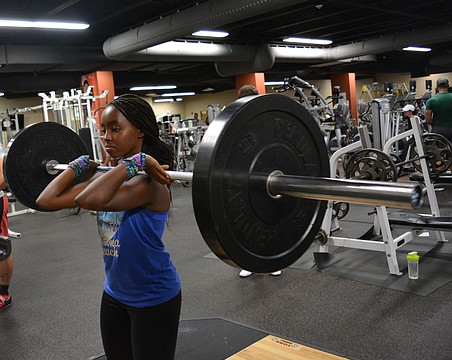 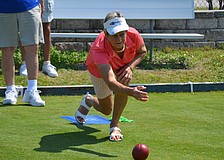 Players bowled over by bayfront plan 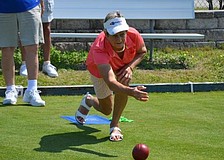 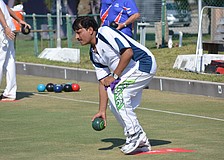 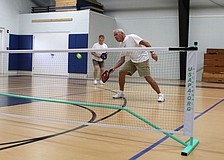 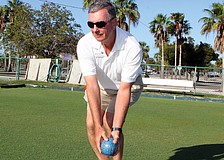 Athlete of the Week: Clemens Reiss