Country club life may work out

Wayne Piazza, the general manager of Lakewood Ranch Golf and Country Club, was on a roll, talking about theme nights, Broadway shows, pickleball, bar activities and his wine room.

He hadn't even mentioned his club's three 18-hole golf courses.

"We are just short of a cruise ship on land," Piazza said. "It's all changed, even in the last 10 years. The expectations of what people are looking for changes what you provide. Golf still is king, but the fitness component is big."

Golf might be king, but the country clubs associated with the sport need to have other irons in the fire. In 2015, the National Golf Foundation reported that the nation lost a net of 128 courses down to 14,437 18-hole courses in the United States. It was the ninth consecutive year that more courses closed than opened.

Although the National Golf Federation also reports that the golf participation level has remained steady for the third consecutive year in 2014 -- an estimated 25 million people played at least one round, down from a high of 30 million in 2006 -- the message has been clear. Country clubs need to diversify.

Lakewood Ranch Golf and Country Club is doing quite nicely, with more than 1,000 members and new facilities, and has remained ahead of the curve in providing the services today's prospective members are seeking.

The fitness component leads the way.

"There are box gyms everywhere," Piazza said. "And now it also is about technology. Every spin cycle has to hook up to an iPad."

While Piazza has listened to the public, some country clubs have resisted change. Apparently, Rosedale Golf and Country Club didn't adjust quickly enough, until now.

After Coral Hospitality, along with several private partners, purchased Rosedale Golf and Country Club from Newton Developments in October, it stated that the acquisition was part of a $150 million program where it was seeking clubs in the Tampa Bay area that were underperforming financially.

"This club was losing money," said Kevin Conway, the new clubhouse manager at Rosedale Golf and Country Club. "Developers know how to buy and sell houses. Coral is in the hotel management and hospitality business. They bring in professionals like myself to bring the members a lifestyle they deserve."

At a time when country clubs are struggling financially around the United States, Conway said Coral is bullish on the market. He said it takes financial responsibility and the ability to change with the times.

"It used to be your memberships that were offered were vanilla, chocolate and strawberry. Now you had better have Rocky Road. Then once you get them, you hope those people will grow into full-time members."

"We still have the old chefs with the top hats, but we are making them come up with something new, something creative. And we still offer the personalized service. We know the names and what you drink. There always is a need for professionalism and service."

"When a family joins this club, we want to make sure the kids are connected. The parents are in tune to what their kids are doing. We grow our memberships by keeping people interested. That means getting younger people involved."

"They were spending money on linen here, and every table we have is made of beautiful oak," said Conway, whose last assignment was to turn around the TPC in Prestancia in Sarasota. "The Sunday brunch here was losing money. It's gone.

"We also are watching our labor. We are using people in the right places, effective labor."

While Coral cut some jobs at Rosedale, it invested $750,000 in improvements since it took over. The golf course was overseeded and fertilized, the fitness center was renovated and updated and all new patio furniture was purchased. The pool was replastered and resealed, the driving range was upgraded and the tennis courts were resurfaced, the nets were replaced and new windscreens were added.

Accompanying the improvements was a new attitude.

"It's like Rodney Dangerfield said, 'Let's lighten this place up.'" Conway said. "Golf is no longer No. 1. People care about health and wellness, and that's why you see a (health club) every 10 blocks. They care about food and beverage.

"People don't want to look at a four-course menu and wear a jacket. If you look around at the nicest restaurants, people are wearing jeans. This is not your dad's country club."

With a target market of ages 45-65, the staff keeps music a little more modern and keeps the lighting turned up. The club offers yoga, wine and chef classes and various social events. "We have to build the whole experience," Conway said.

Instead of breaking out the wooden dance floor, the club holds Blues, Barbecue and Bluegrass events on the patio, which also hosts movies such as "Christmas Vacation" an on 18-foot television screen in surround sound."

Other local country clubs were ahead of the curve when it came to change.

Palm Aire Golf and Country Club started evolving about five years ago, before a report "Armageddon or Renewal" was issued in 2013. That report, written by industry experts Robert Borsch and Rick Coyne, predicted doom for country clubs that didn't reevaluate themselves and change course.

Ed Kornberger, the club president at Palm Aire, said the club knew it had to change more than two years earlier.

"The bottom line was how were clubs going to survive?" Kornberger said. "We had to look at ourselves and decide what we did well and what we had to address. We had to ask 'Where are we going?'"

While Kornberger agreed that clubs have to provide the amenities most demanded by today's potential members, he said one thing rose above all else.

"When you walk into any club, you can get an idea of the culture," Kornberger said. "How welcoming are they? What are you doing to make people feel a part of something?"

He said clubs no longer are an arrogant place where rich people belong.

With more than 500 members, Kornberger said Palm Aire remains financially sound. But they plan for an unknown future.

Unlike the clubs mentioned above, which offer different membership opportunities to the public, only homeowners in the development can be members at Tara Golf and Country Club.

Even so, Tara Golf and Country Club General Manager Tony Greising said his club adjusted to popular trends to meet its members' needs.

"The generations have changed," Greising said. "In the Eisenhower era, everything was very formal. There was less pressure on the grill than dinner dances. You used to have people who grew up in country clubs and they were used to that lifestyle. Then the downturn happened and so many golf courses went under."

Initiation fees dried up and Greising said clubs didn't have the money to pay for their usual mode of operation.

"Then the boomers came along and they wanted swimming, tennis and exercise," Greising said. "Golf was not as much a driving force and we started yoga and tai chi classes. We improved our tennis courts and added water aerobics. We had to react because (the boomers) were coming and this is what they wanted."

Geising said the club changed its dress code, although Tara still doesn't allow jeans most of the time. But the dress codes continue to become more relaxed all the time.

The club expanded its grill room because its members wanted less formal dinners. Although Tara still offers a $65 Wine and Dinner night, it also has a $12 Taco Night.

Tara realized that many of the members were playing golf for the social aspect and they went from three tee boxes to seven. Instead of 18-hole formats for their golf competitions, they added many "Nine and Dines," where golfers played a fast nine holes and they mingled socially at the club.

The club offers an iPad class and hosts "lunch and learns" where the topics range from operating a computer to the benefits of acupuncture.

But Greising also admits there is pressure to find alternative sources of revenue. "Can we offer summer memberships," he asked rhetorically.

No matter how they get new members, and what they offer, Piazza said one thing remains the same. 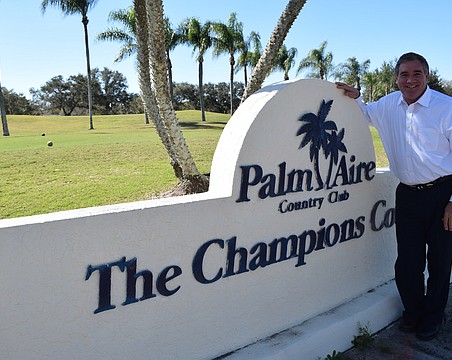 Links to the past at Palm Aire Country Club in Sarasota 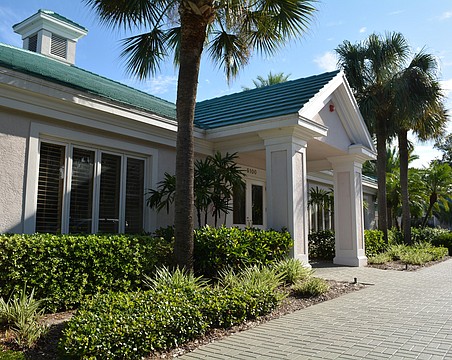 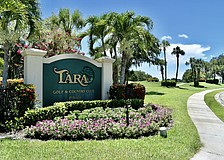 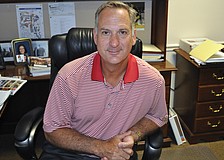 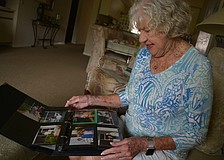