Growing up, I obviously knew my dad, Bill Heater, loved the Elks Club.

The first clue was the Elks tie, then the Elks tie tack. He would wear his Elks ball cap when he went out the door and on certain nights he wore his Elks shirt. Then there was the big, old Elks belt buckle, and the Elks shot glasses.

When we went on vacation, we would visit every Elks club in a 30-mile radius and he would have a couple of beers and tell Elks stories.

On the positive side of all this, his club did a lot of good work in the community. I saw my dad lead lots of fundraisers and he loved the trips to the veterans hospitals that he took on behalf of his Elk brothers.

Notice I didn't say "sisters." OK back to that one in a moment.

As a young guy, I didn't give the organization much of a thought. Then I graduated from college and moved to Berkeley, Calif.

In the early 1980s, as it is now, Berkeley was not the place to find an apartment. I had landed my first job in the San Francisco Bay Area and I had nowhere to live, or even stay the night. My dad always told me that if I needed help to go to an Elks Club. Berkeley had one, albeit in a building constructed in the 1800s.

Those guys had never laid eyes on me, but they let me stay in a room upstairs for a couple of months. And even though my bath tub had legs, it was free.

I learned about the fraternal side of the organization, but I was a young guy, so I went on with my life.

Last week, thirty-five years later, I found myself sitting in the Lakewood Ranch/Sarasota Elks Lodge No. 2855 on Lena Road. Across from me sat the Exalted Ruler (the Big Cheese). Her name was Christine DiMarco.

My dad would have choked on a cocktail olive at the thought. A woman. Oh my gosh.

An organization that most likely would have faded into oblivion without change has rebranded itself, starting in 1995 when it began to allow women to join as members. Now, not only are women members, they have ascended to leadership positions. I guess I am behind the times in terms of this discovery.

DiMarco, a Lakewood Ranch resident, didn't know much about the Elks when she joined in 2009. She didn't know about the discriminatory practices that had the organization on the verge of ruin before policies were changed in the 1980s. She only knows today's Elks Club.

"My first question was 'What are the Elks?'" DiMarco told me about her introduction. "I was told they did a lot of fundraising for veterans and kids."

A widow who was 49 at the time, DiMarco said it didn't seem like the organization for her. "Everyone was retired, and old," she said.

She joined anyway, and it wasn't long before the members were asking her to run for office. "Once I was elected, I jumped in with both feet," she said.

Her feeling about the Elks changed. "I've learned that we can change the lives of so many people," she said. "When you look into the eyes of a child who receives a gift from Santa that he or she would not have expected, that moves your heart.

"When you honor a veteran, or dance with a veteran in a wheelchair, it can reduce you to tears."

Now she is a pitch lady, along with being the first female Exalted Ruler in Lakewood Ranch.

"I tell people that we are a fraternal organization that does an incredible job supporting veterans and our children. And we do it all while having a great time."

Other people in East County seem to be taking notice. The lodge was No. 3 in membership growth last year and after 54 people signed up Jan. 9 during an open house, it is poised to make a run at being the fastest growing lodge in the state. Construction on a new lodge down the street from the Elks' current site should expand membership even more.

The average age of the members is dropping because members like DiMarco are adding programs and events that keep everyone busy and active.

"I tell people this Elks Club is like Cheers on steroids," DiMarco said.

If you are unfamiliar with today's Elks Club, you might want to check it out.

It's a lot different than my father's club, but you can still buy the tie. 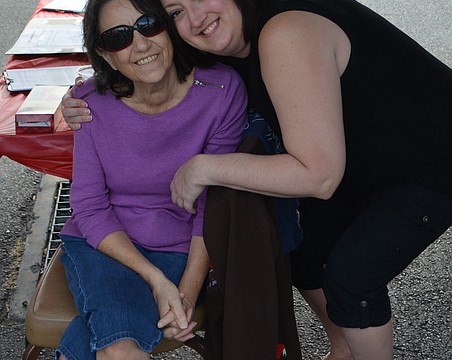 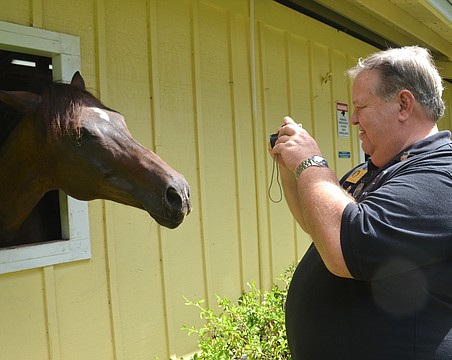 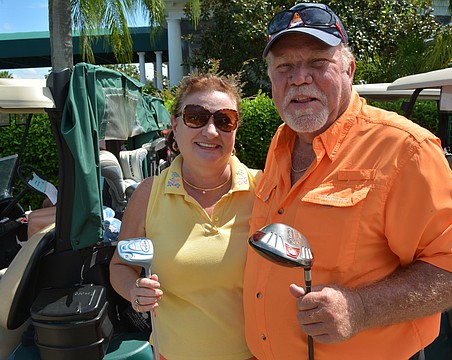 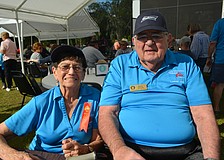 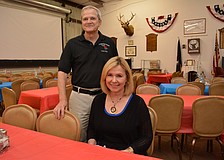 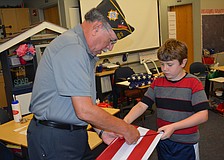 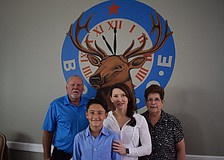 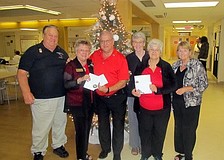 Salute to the veterans