More than 50 local athletes will compete in the 2015 USRowing Youth National Championships, held this weekend at Nathan Benderson Park.

Youthful. Slow. Different. Competitive. Unpredictable. Those are just a few of the many characteristics that both the Sarasota Crew’s varsity 8+ rowers and coaches have used to describe the boat this season.

After losing seven of its top eight rowers to graduation over the past two years, the boat that once garnered national acclaim is struggling to find its identity.

But although the Crew might not boast the same level of talent and experience as in recent years, the men’s varsity 8+ still believes it can be competitive on a national scale.

“The style is a little different than it has been in the past,” says Nick Edwards, the lone varsity 8+ rower returning from the Crew’s 2013 national championship team. “It’s a different culture and a different way of rowing.

“People have been calling this a rebuilding year for us, but one of our (coaches) told us, ‘We don’t rebuild. We just reload,’” Edwards says.

Edwards and fellow varsity 8+ rower and co-captain Sebastian Spivey hope to transform the boat into a national title contender once again, as they prepare to lead a young Crew contingent in the USRowing Youth National Championships Friday through Sunday, at Nathan Benderson Park, in Sarasota.

The USRowing Youth National Championships, which will be held locally for the first time, is the United States’ premiere youth rowing event. Roughly 1,500 athletes representing 160 teams from across the country will vie for national titles in 18 different boat classifications.

“We’re very competitive with each other. It’s very cutthroat out there. The pressure is on pretty much every day.” – Sebastian Spivey, varsity 8+ rower

Racing begins at 8 a.m. each day and runs throughout the afternoon. Heat races will be held Friday followed by a second round of racing and the semifinals Saturday. All finals races will be held Sunday. Admission is free, and parking is $5.

“We’re just trying to maintain the tradition of excellence,” Spivey says. “We’re very competitive with each other. It’s very cutthroat out there. The pressure is on pretty much every day.”

After winning a national title in 2013, the Crew sent all four of its 8+ boats to the finals in 2014 with the men’s varsity 8+ finishing third.

“It hasn’t happened frequently, so to have all four eights reach the grand final is pretty impressive,” Crew head coach Casey Galvanek says. “Those were the most successful two years we’ve ever had. We (probably) can’t come back to that level, but we’re going to try to do what we can.”

The Crew enters the 2015 USRowing Youth National Championships having won its fifth-consecutive state championship and the overall points trophy at the USRowing Southeast Youth Championships in the past month and a half.

The Crew has been busy preparing for the youth national championships since 46 of its rowers qualified in early May. The team has been training six days a week at Nathan Benderson Park, sometimes twice a day, in hopes of gaining a competitive edge.

“We’re used to the heat and humidity,” Edwards says. “When you walk outside, the heat just hits you like a freight train. We’re also used to unpredictable winds that can (pop) up, so hopefully that will help us against some of the other teams.”

In addition to the Crew, the Sarasota Scullers qualified a pair of boats for the championships. The Scullers, who also have been routinely training at Benderson in preparation for the championships, will be sending both their men’s and women’s 4x boats to compete after finishing third at the USRowing Southeast Youth Championships in early May.

“We were all very pleased to qualify both a men’s and a women’s quad,” Scullers coach Randy Higel says. “Quads are the sculling boat all teams go for, so needless to say we were very happy.”

Having made it to regionals each of the past four years, the Scullers’ Cheyenne Adams, who will row for the University of Alabama next year, came into the season seeking to move beyond regionals for the first time.

After crossing the finish line at regionals and realizing she and her teammates would be moving on, an ecstatic Adams kept repeating the word yes to her coach — she was ready to compete at the next level.

“This year has been a big one for me,” Adams says. “It’s very satisfying knowing all of the hard work and teamwork  paid off for us. My expectation (now) is for us to come out fighting and never give up.”

Similar to the Crew, the Scullers have high expectations for this weekend’s regatta. They are eager to show the nation what Sarasota and the surrounding area has to offer.

“Having the championships in my own backyard is an amazing blessing,” James Davenport says. “Having traveled to many venues around the country, I’m proud to say that Nathan Benderson Park is the best place to row.

“I know the best from across the country will come and put everything on the line, which makes the race that much more exciting,” Davenport says. 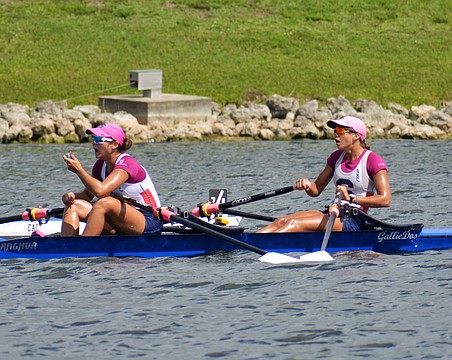 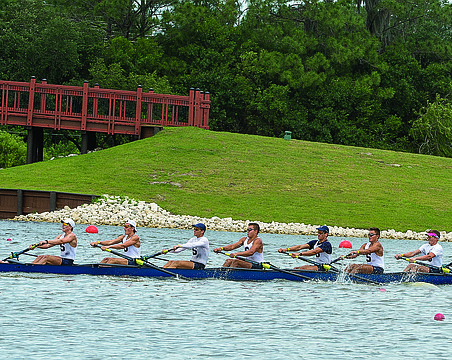 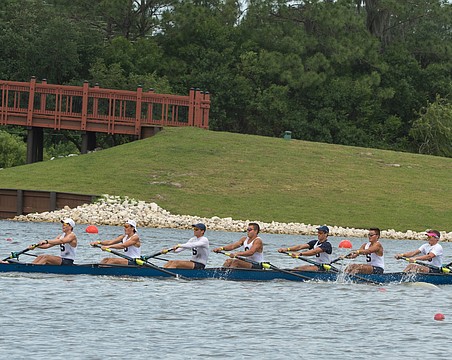 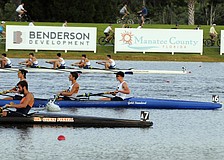 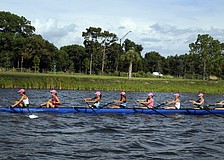 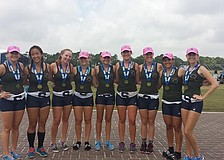 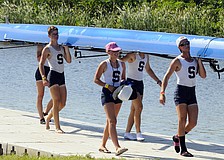 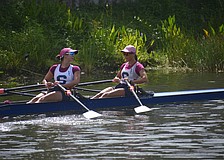