Each year, you make resolutions. A variation on that is to select a word, one word to live by for the next 12 months.

Over the past two years, we’ve chosen words representing our hope for the coming year. In 2013, it was freedom. “That Americans would make freedom the one concept to guide our society — freedom for the individual, economic freedom,” we wrote.

We hoped “that [Americans] have a lasting, lightning-bolt revelation that the current state of the ‘State’ — that is, government intervening in our lives — is taking us to an unavoidable, destructive end of what we all believe this country stands for … [W]hen you take the power of the State today, it’s difficult to be optimistic that in our lifetimes the State will diminish and freedom will increase.”

We hoped Americans would wake up to this. Maybe they did in last month’s elections. Now it’s up to Congress.

For 2015, our word is aspire. That American leaders at every level — local, state and federal; parents, teachers, elected officials, business leaders and athletic coaches — reinvigorate this waning trait that for so many generations permeated our American culture.

We used to aspire. We aspired to be great, to be the best, to win. And we went for it. We worked for it. We did whatever it took to be great.

We need to bring this back. We need to teach everyone — especially America’s children — to aspire to be great. And to go for it.

During Lombardi’s era in the 1960s as head coach of the Green Bay Packers, he epitomized American ambition and the desire to win. He is most frequently associated with the quote: “Winning isn’t everything, it’s the only thing.” In truth, he was the not the originator; Red Sanders, coach of the UCLA football team, said it in 1950. Lombardi’s version was slightly different:

“Winning isn’t everything. The will to win is the only thing.”

The will to win … To aspire … To make a commitment.

For those who remember Lombardi, he was far more than a coach focused only on the Packers’ won-lost record or NFL championships. Lombardi’s son, Vince Jr., captured his father’s philosophy about winning in his 2001 book, “What It Takes to Be #1”:

“He expressed the opinion, forcefully and unapologetically, that the pursuit of victory — fairly and squarely, and within the rules — was life’s great challenge. Not victory for its own sake, but victory as a test — a test of how far you could push yourself to your limits and beyond, a test of your ability to overcome your doubts and weaknesses, and a test of how much of your God-given talent and ability you were willing to expend in the pursuit of success and victory.”

For Lombardi, football was life. “It teaches that work, sacrifice, perseverance, competitive drive, selflessness and respect for authority are the price one pays to achieve worthwhile goals,” he said in the last speech he delivered before his death. He gave the speech June 22, 1970, in Dayton, Ohio.

That speech has since become Lombardi’s credo on leadership. But when he delivered it, he was worried that American leadership was waning. “We fail in our obligation if we do not also preserve the American zeal to be first and the will to win,” Lombardi told his audience. “American freedom — and I mean freedom, not license — could be lost …”

There’s no benefit to recounting the long list of all that we wish to forget about 2014. We know instinctively as individuals and as caring patriotic Americans we want this decline to stop. We want the “zeal to be first and the will to win” to return.

Leaders who pursue victory
It starts at the top. With leadership.

As coach Lombardi told his audience, every leader has an obligation. The obligation to walk the walk and talk the talk of the pursuit of victory. Mind you, we know the pursuit of victory doesn’t just mean beating a competitor or an enemy. We know it also means striving and giving your best, demonstrating the desire, commitment and will to win. Aspiring … higher.

Name a national business leader of the stature of a Jack Welch, Steve Jobs or Bill Gates. Warren Buffet? Maybe Howard Schultz, CEO of Starbucks. Where are they?

Here in Florida, like him or not, Florida Gov. Rick Scott is an aspirational leader. When he first ran for office in 2010, he set a goal and made a commitment: 700,000 new private-sector jobs would be created in seven years. Florida’s mainstream press grew tired of Scott being a one-issue governor — all about jobs and creating a business climate for jobs. But give Scott credit. He has walked the talk every day toward his goal, calling on businesses himself.

Two Fridays ago, on Dec. 19, Scott announced Florida businesses have added 715,700 jobs in four years — three years sooner than he vowed in his first campaign.

When Scott made the announcement, he repeated another of his original goals: “To make Florida the No. 1 business destination in the world.”

He is aspirational; focused on the pursuit of victory.

Here’s another one: Soon after Larry Thompson became president of the Ringling College of Art and Design in Sarasota, he committed himself and the school to a new aspiration — to be one of the pre-eminent art schools in the United States.

It takes more. Thompson also frequently reminds his staff of past achievements that show the school’s trajectory. “Actions that demonstrate where you’re going,” he says.

Ringling is now ranked seventh and 10th nationally for its animation and game design programs, respectively, according to Animation Career Review, the leading trade publisher.

Stand up for the doer
This attitude needs to spread.

To some extent, by its nature, business already requires aspirational leaders. Capitalism is all about competition. If you don’t strive to stay ahead, service your customers or innovate, you lose.

But in the public sectors of government and education, the lack of the profit incentive and lack of competition too often translate into mediocrity. Education unions bargain for collective treatment and security, taking away incentives to excel. Council-manager municipal governments operate as leaderless committees, the city of Sarasota prime evidence.

Be honest: In our hearts and minds, we know our public schools — in spite of all the good, dedicated teachers and principals in them — are not at the level that Vince Lombardi would have demanded. We know our schools are not teaching our children to aspire to win, or, as Lombardi put it, to “make a personal commitment to excellence and to victory … with every fiber of our body, with every bit of our might and all of our effort.”

You could say the same about family households. Far too few parents are Vince Lombardis. Too many have succumbed to the message from our president and the politically correct that we as a society should strive to make everyone more equal materially; that our government should take care of us cradle to grave — equally; and that it’s not in our interest if America strives to be the world’s leading power and beacon in the world.

This anti-aspirational culture was spreading even in Lombardi’s day. In that 1970 speech, he told his audience:
“Our society, at the present time, seems to have sympathy only for the misfit, the ne’er-do-well, the maladjusted, the criminal, the loser.

“It is time to stand up for the doer, the achiever, the one who sets out to do something and does it. The one who recognizes the problems and opportunities at hand, and deals with them, and is successful, and is not worrying about the failings of others.

“The one who is constantly looking for more to do. The one who carries the work of the world on his shoulders. The leader. We will never create a good society, much less a great one, until individual excellence is respected and encouraged.”

The word for 2015 for one and all: Aspire. Let’s aspire again. Aspire to be great. Aspire to win.

WHAT IT TAKES TO BE NUMBER ONE
“Every time a football player goes to ply his trade he’s got to play from the ground up — from the soles of his feet right up to his head. Every inch of him has to play. Some guys play with their heads. That’s OK. You’ve got to be smart to be No. 1 in any business. But more importantly, you’ve got to play with your heart, with every fiber of your body. If you’re lucky enough to find a guy with a lot of head and a lot of heart, he’s never going to come off the field second …

I firmly believe that any man’s finest hour — his greatest fulfillment to all he holds dear — is that moment when he has worked his heart out in a good cause and lies exhausted on the field of battle — victorious.”
— The late Vince Lombardi 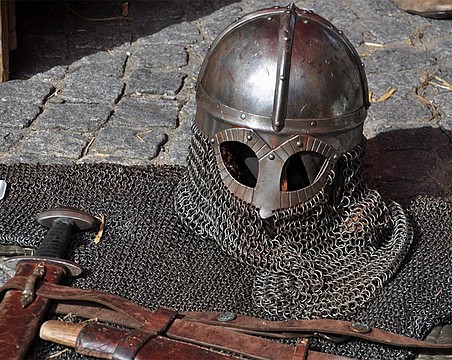 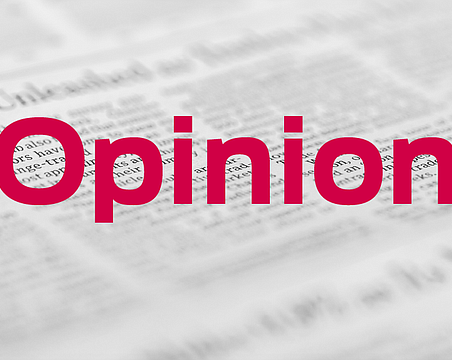 How will this end? 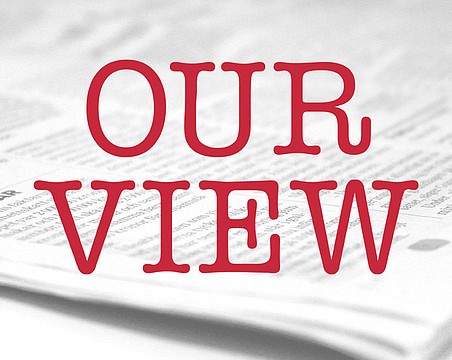 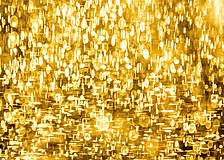 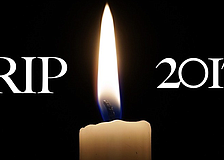