East County resident Cheryl Brady continues to think outside of the box.

A former executive with a six-figure salary at Boise Office Solutions, Brady walked away from the corporate world four years ago to start Vet Care Express Animal Ambulance, a 24/7 ambulance service for pets.

“My friends told me I was crazy,” Brady said.

Brady, who was a pre-veterinarian technician college graduate, knew she wasn’t.

“I never thought that (corporate America) was where I was supposed to be,” said Brady, who is also a former east Manatee volunteer firefighter.

Four years later, Brady’s company has performed 3,500 transports, “with barely anyone knowing about us.” Her first year alone garnered just a few hundred calls, and the calls have increased year after year as word spreads about the service.

“It was her idea and it was a great idea,” said Whitehurst, who explained the proposal is not just an East County initiative, but will likely be incorporated countywide.

County emergency medical technicians carry special oxygen masks for cats and dogs and do CPR for the animals occasionally, but they don’t do first aid and are not allowed to transport animals to a pet hospital.

“This should have happened sooner,” Whitehurst said.

While East Manatee Fire Rescue was the first to align themselves with Pet Care Express, Whitehurst and Brady said the idea was received so well, they both expect other agreements with county fire districts in the coming weeks or months.

Brady’s vision
When a friend of hers hit a dog with her car more than four years ago and she rushed to the scene to help, Brady realized there was no productive way to get the injured dog to a veterinarian or pet hospital because the emergency services team on site was strictly focused on the car crash at hand.

Suddenly, her love of fire rescue and animals formed a connection that blossomed into a business passion.

Vet Care Express, which is certified and experienced in pet CPR and first aid, has two ambulances retrofitted with pet oxygen masks, stretchers and cages for both dogs and cats.

“Pets disappear after accidents and are hurt,” Brady said. “They need help we can provide.”

With more than 62% of all households owning at least one pet, fire and emergency service personnel are increasingly seeing pets involved in emergency situations including vehicle accidents, owner accidents, illnesses and structure fires.

Brady said the concept of a pet ambulance company partnering with a fire district, as far as she knows, is the first in the country.

She came up with the idea when she got a call about a dog involved in a house fire.

“The family was displaced, the dog went into distress and no one knew what to do,” Brady said. “There was never a real plan in place for animals, which go into distress just like humans and need the same care.”

The company uses four volunteers and has three employees.

“I felt I was put on this earth for something different,” Brady said. “A light bulb went off on my head. With this partnership starting, it just makes so much sense that this was my calling.”

By the numbers
3,400 — The approximate number of animals Vet Care Express Animal Ambulance Services has transported.

5 — Ounces. The weight of the smallest animal Vet Care Express has transported to a pet hospital: a hamster. 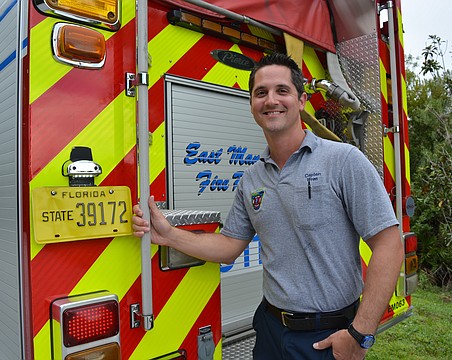 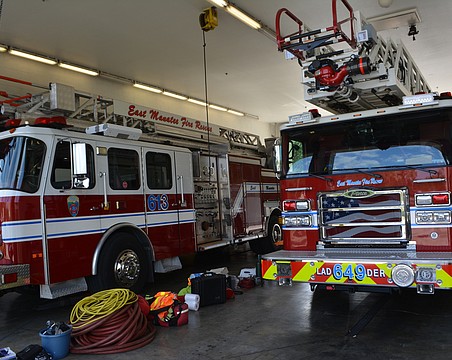 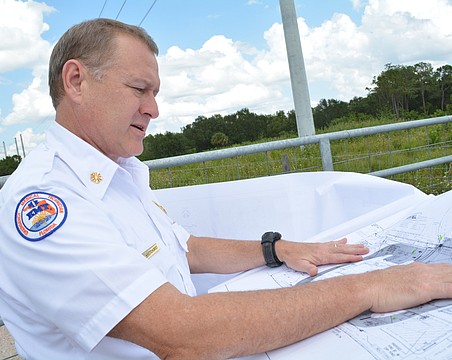 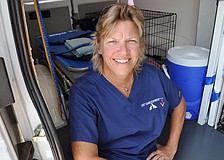 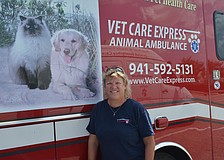 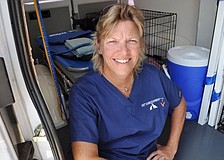 Off-duty rescuer's care goes above, beyond 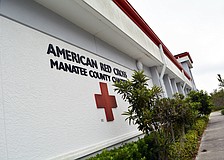