MANATEE COUNTY — Haile Middle School student Ryan Chastain stood in a freshly dug pit, a pile of dirt around him.

But as the 13-year-old scooped and shoveled, the drops of a waterfall leading into that pit began to take shape.

“I get to come out here and help make our school better,” Chastain said. “It gives everyone who worked out here something (to be proud of).”

Chastain was one of 90 students who from April 7-16 participated in Learning Takes Flight, a project organized by Haile teacher Holly Clouse and local artist Brenda Smoak. Students worked with Smoak, fellow artist Barbara Gerdeman and Dave and Lisa Burns, owners of Backyard Getaway, to paint a mural and install a waterfall near the campus’ main entrance.

Student Briana Lutzi worked to apply glaze on a clay leaf for the mural.

“It’s really pretty great,” the 13-year-old said of the project. “It’s going to inspire a lot of kids, like the new sixth-graders coming in. It made me feel more involved — being able to help.”

Clouse and Smoak began brainstorming ideas for the project last October. Smoak, an artist with VSA, The International Organization on Arts and Disability, was eager to participate.

Because Smoak wrote the project into the curriculum, participating students played a critical role in determining how to space the mural on the wall and other components of the project.

“As the kids go through this, they are learning math and science while they are experiencing art,” she said.

The mural pictures two trees with a swirling path between them. Gerdeman said the path represents the possibilities that await students and the books flying toward that path are the students’ abilities to achieve their dreams.

“Through the learning, that can take them on the path to learn all the things they want to learn and to follow their dreams,” she said.

The water feature, which includes two newly installed benches, mulching and native plantings, will attract native wildlife to the area, as well.

“It’s a great learning experience for the kids,” Lisa Burns said of creating the waterfall. “This is more than a wildlife feature. It’s a wildlife habitat.”

Clouse said the project not only created a more a more welcoming feeling for families entering campus and demonstrated to students the connection between native plants and local wildlife but also created a legacy for students involved.

“It’s very, very important to me that students feel connected to their campus,” Clouse said “Doing projects to beautify a campus really builds that ownership. It’s theirs.”

Organizers said they will dedicate the project during a special ceremony April 25. 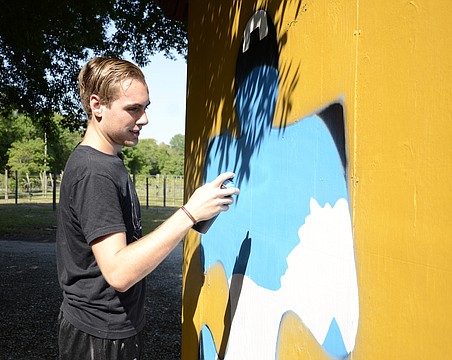 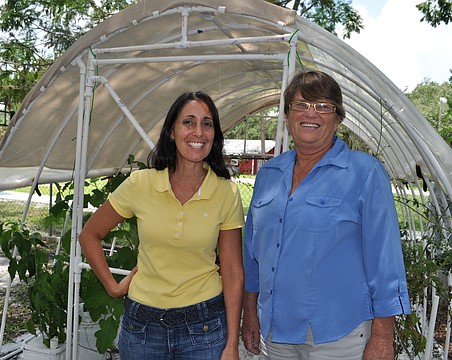 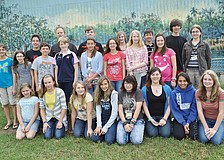 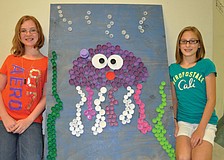 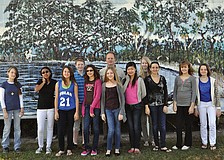 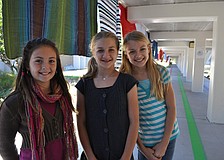