UNIVERSITY PARK — Some may challenge the sanity of School of Russian Ballet Artistic Directors Darya Fedotova and Sergiy Mykhaylov.

Just two months ago, the duo opened their new East County school in University Park. Then, immediately, they began work on their debut production — an ambitious performance of the Christmas classic “The Nutcracker” — complete with choreography by world-renowned choreographer Vadim Fedotov, several guest artists and, of course, dozens of students.

“It’s crazy — we’re never home,” Fedotova says, laughing. “But it’s (the school) our newborn baby. We need to do ballet. It’s in the blood.”

The production, which will be this Saturday at Braden River High School, includes two versions of “The Nutracker” — a one-hour condensed adaptation at 1 p.m. as well as the full-length ballet at 6 p.m. Tickets are available online at the school’s website, www.SchoolofRussianBallet.com.

FIRST STEPS
Fedotova comes from a rich background in ballet. Her grandmother danced, and her parents, Fedotov and Irina Deppler, both were principal dancers for the National Ballet of Ukraine and now run the Russian Academy of Ballet in Orlando.

Four years later, she joined the Sarasota Ballet of Florida as a soloist and ballet master.

“It was an accident,” he says, smiling. “A good accident.”

In 1998, he was invited to be a principal dancer at the Orlando Ballet. Three years later, he assumed the same role at the Sarasota Ballet.

In addition to their performing backgrounds, Fedotova and Mykhaylov both have taught in several schools, including the Sarasota Ballet and Orlando Ballet. Mykhaylov also spent time in Japan as a teacher at the Terada Ballet Academy.

Now with their new school, Fedotova and Mykhaylov are ready to share their passion in the East County.

“It’s a good area,” Fedotova says of the East County. “We looked at five to six places — even on Main Street in Lakewood Ranch — but this spot was perfect.”

Fedotova and Mykhaylov say they hope to bring more of the child friendly ballets to the stage. Their next production will be “Snow White” on March 27, 2011, followed by the school’s first recital June 11, 2011.

“We have a lot of little ones (at the school),” Fedotova says. “And even some boys. There is a lot of talent and a lot of good potential here. And when you see them get better and improve so much, it just makes you so happy.”

University Park 8-year-old Alaina Kimsey is just one student who has enjoyed all the benefits of studying ballet. She started when she was just 3 years old and now will be one of the students performing in “The Nutracker.”

The School of Russian Ballet is located at 8029 Cooper Creek Blvd. in University Park. For more information, visit www.SchoolofRussianBallet.com or call 962-6664 or 962-6607.

Meet the 2010 Claras
It’s hard to believe Lauren Henry and Lauren Tam, both 15, didn’t know each other before “The Nutcracker.”

They giggle together like best friends, and in addition to their first names, they also share a deep passion for dance. They both started at 5 years old and inherited the discipline from their older sisters.

This weekend, both will perform as Clara in the School of Russian Ballet’s production of “The Nutcracker.”

Tam, a student at Braden River High School, will assume the role for the 1 p.m. show, while Sarasota Christian’s Henry will take the stage for the 6 p.m. performance.

“It’s exciting,” Henry says performing in the school’s first production. “This is a big chance to present the school.”

Saturday’s performances will be the culmination of several months of intense schedules. In addition to high school and homework, both Henry and Tam are at the studio five days each week for rehearsals.

“I’m also on the dance team at school, so I have practice there Tuesday and Thursday,” Tam says. “So pretty much, it’s school, dance team practice, eat and head straight here (to the ballet school). Then homework and bed.”

But, the girls say all the hard work will be worth it when the curtain rises.

“I just love ballet,” Henry says. “It’s a way to express myself, and it’s an area where I can continually improve.”

“I don’t know what I’d do with myself without dance,” she says.

GUEST ARTISTS
In addition to showcasing the school’s students, “The Nutcracker” will feature several guest artists. 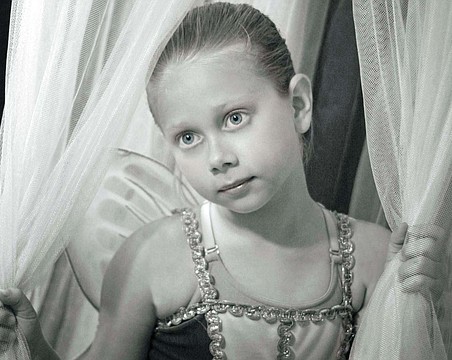 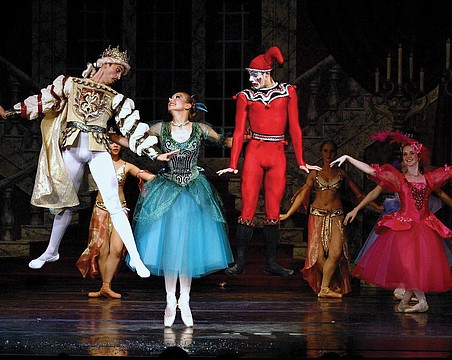 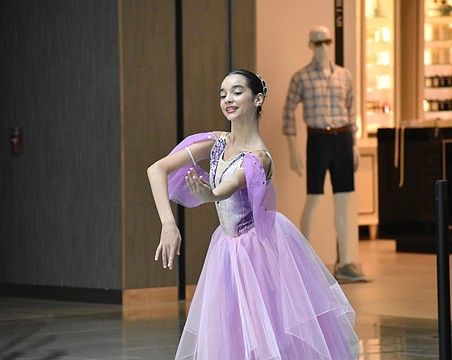 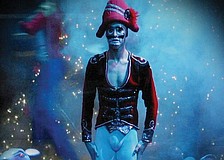 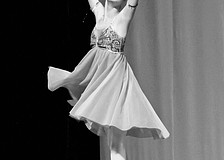 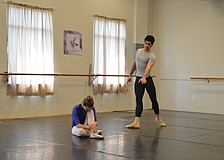 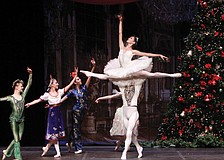 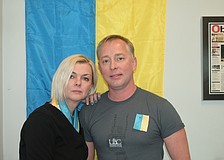