A group that opposes a publicly financed spring-training baseball stadium in Sarasota has filed suit Friday against Sarasota County and a contractor the county hired to help negotiate with the Baltimore Orioles.

Citizens for Responsible Government had made a public records request Oct. 16 for all communications between Barrett Sports Group, the county’s contractor, Sarasota County, the city of Sarasota, the Greater Sarasota Chamber of Commerce, the Baltimore Orioles and anyone else involved in negotiations.

On Oct. 22, Dan Barrett, the company’s owner, responded that his computer crashed and much of the information the group sought was not placed on a backup hard drive and may be lost.

The lawsuit claims that Barrett Sports Group had a mandatory responsibility to keep and back up all public records.

The lawsuit seeks no damages, only the records, and asks that the company perform forensic recovery to retrieve them.

County Attorney Steve DeMarsh said the county, in conjunction with Barrett Sports Group, has provided nearly 200,000 public records to Citizens for Responsible Government. He also said because Barrett’s computer crashed, the county provided the group the records it sought.

DeMarsh said Citizens for Responsible Government appears to be suing because those records were not delivered directly by Barrett Sports Group instead.

Barrett did not want to comment until he could review the lawsuit. 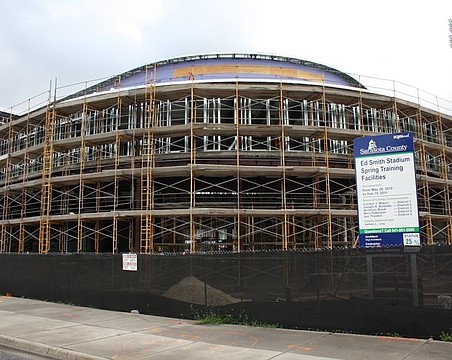