Students at Braden River High School may have noticed that they’ve been seeing double this year.

The school has a quite a few sets of twins in its student body. Sometimes, people wonder about twins. For example, can they really talk to each other in their minds or have they ever been mixed up by their parents?
This Q&A gives you an inside look to some of the unanswered questions, answered by Braden River’s own twins.

Keith and Evan Grafton
Did your parents ever dress you alike?
Both: Yeah

Did you ever switch places?
Evan: Yeah, and it worked.

Do you have twin telepathy?
Both: No

Did your teeth fall out at the same time?
Keith: Mine always fell out first, and his fell out after mine.

Do you have the same interests?
Evan: We like sports but different sports.

Are you alike personality wise?
Keith: I don’t know how to explain it, Evan’s just… different.

Which one is older?
Keith is by four minutes.

What’s the best thing about being a twin?
Both: I don’t know. We don’t know what it’s like not to have one.

Jennifer and Jessica McNeil
Did your parents ever dress you alike?
Both: Yeah, just usually same T-shirt and jeans.

Did your hair grow at the same time?
Both: Yeah, our hair was normally the same.

Did you ever switch places?
Both: No, that’s something we just thought to do.

Do you have twin telepathy?
Both: Well, kind of, just because we’ve been together our whole lives. We know what the other one is going to do.

Did your parents ever mix you up?
Both: Sometimes — mostly if we’re talking on the phone.

Do you have the same interests?
Both: Yes, we’re in all the same clubs and classes.

Are you alike personality wise?
Jennifer: We don’t know. We just know each other, so you’d probably have to ask our friends about that.

Do you like having a twin?
Jennifer: I guess so because we don’t know what it’s like to not have a twin.

Which one is older?
Jessica is older by one minute.

What’s the best thing about being a twin?
Jessica: It’s like having a friend with me all the time.
Jennifer: It’s the same way for me.

Claire and Alex Patterson
Did your parents dress you alike?
Claire: No, I don’t think so

Did you lose teeth at the same time?
Claire: No I was always more mature than my brother.

Do you have twin telepathy?
Claire: No I’ve never had that.

Do you have any same interests?
Claire: Yeah, I consider him my best friend. We get along and just flow and can always have a conversation.

Are you at all alike personality wise?
Claire: Yeah, we like to watch the same things; we get each other’s jokes.

What’s the best part about being a twin?
Claire: There’s not really a best part. It’s more fun just because people ask you, “Oh my gosh — you’re a twin?” and they’re so surprised and ask us questions.

Which one is older?
Claire: He is by seven minutes, and he never lets me forget it. 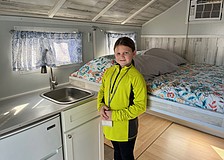 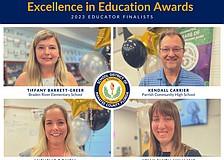 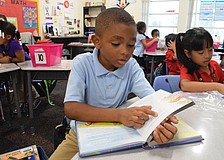 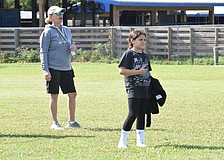 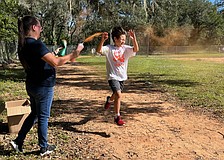 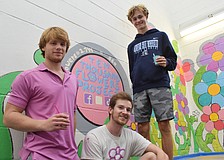