Gilbert and Susan Harrell sold their Unit 263 at Grand Bay II to Linda and Glenn Miller, from Windemere, for $1,025,000. It was the largest real-estate transaction recorded on the keys during the week of June 8 through June 12.

The three-bedroom, three-and-a-half-bath condo with 2,369 square feet of living area at 3040 Grand Bay Blvd. was constructed at the 272-unit Grand Bay development in 1996.

In another sale at Grand Bay in Building V, Gemma and Steven Edwards, from Andover, Mass., paid $640,000 for Unit 531 to Yvonne and Anthony Newton Dixon, of Roswell, Ga. The two-bedroom, two-bath condo at 2721 Gulf of Mexico Drive has 1,270 square feet of air-conditioned living area.

L’Elegance
The second-biggest sale was the $1.01 million that Cathy and David Norton, from New Canaan, Conn., paid for Unit A-305 at the L’Elegance on Lido Beach, 1800 Ben Franklin Drive. The sellers were Zita and Robert Grepling, of Sarasota.

The two-bedroom, two-bath condominium has 1,270 square feet of living area and was constructed by Yale Properties of Boca Raton in 1996.

The two-bedroom, two-bath condo apartment was constructed in 1970 and has 884 square feet of living area.

LaPlaya
John Bishop, of Annandale, Minn., acquired a half-interest in Unit 206 on Tract 3 at the 22-unit LaPlaya condominium, 4425 Gulf of Mexico Drive, by paying $335,000 through his revocable trust to Candace Muzzey, the personal representative of the estate of Marjorie Lindquist, formerly of Elgin, Ill.

The three-bedroom, three-bath condo has 1,704 square feet of living space and was built in 1974.

Cedars East
Jennifer Lister and her husband Robert Trull, of Ontario, sold their Unit 24 in Section 2 at the 93-unit Cedars East condominium to Judith and Keith Maurer, from Tampa, for $330,000.

The two-bedroom, two-and-a-half-bath condo at 541 Forest Way has 1,501 square feet of living space and was constructed in 1990.

Longboat Harbour
There were two sales at the 300-unit Longboat Harbour, constructed by the late I.Z. Mann in 1970. Gayle and Jim Cather Jr., from Lakeland, bought Unit 304 in Building L at Longboat Harbour from Marcelyn and Harold Hendrikson for $225,500. The one-bedroom, one-bath apartment at 4420 Exeter Drive has 725 square feet of living area.

In the second Longboat Harbour transaction, Gail and Henri Groenheim, c/o Lisa Groenheim, of Glenview, Ill., sold their Unit 101 in Building I to Karen and Robert Darby, of Fairfield, Conn., for $225,000.

The two-bedroom, two-bath apartment at 4390 Exeter Drive has 1,168 square feet of living space.

Lido Shores
Branch Banking, of St. Petersburg, sold the 37-year-old home at 1252 Center Place in the Lido C Division of John Ringling Estates, commonly referred to as Lido Shores, to Danny Mills, of Ontario, for $500,000.

The three-bedroom, two-bath house has a swimming pool and 2,327 square feet of living area. 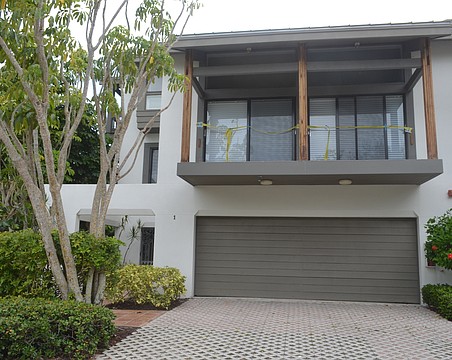 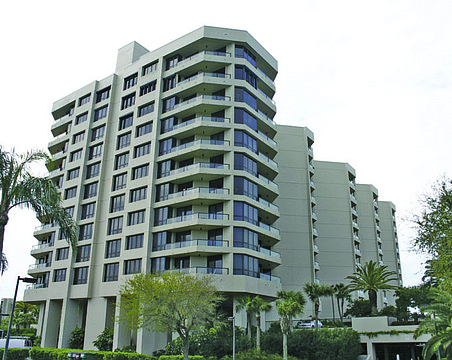