An endangered Kemp’s ridley sea turtle was brought to Mote Marine Laboratory’s Sea Turtle Hospital after it swallowed a balloon.

The 3.3-pound young turtle washed up on a sandbar Tuesday, July 14, near the south end of Lido Key. Swimmers who found the turtle called Mote biologists, who brought the turtle in for treatment.

Mote’s patient, nicknamed Anakin, is receiving fluids, antibiotics and food at the sea-turtle hospital. The turtle, which arrived anemic and dehydrated, is being closely monitored for additional health problems.

"We pick up a lot of balloons wrapped in seaweed from local beaches," said Mazzarella of Mote's Sea Turtle Patrol — a team of staff, interns and volunteers who monitor sea-turtle nesting every day on 35 miles of Sarasota County beaches during nesting season, May through October. "To protect sea turtles and other wildlife, we recommend that people dispose of trash in the appropriate containers and recycle it when possible. If you see trash washing up on the beach, pick it up before the tide takes it back out to sea." 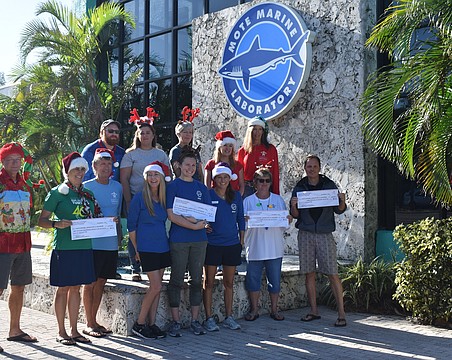 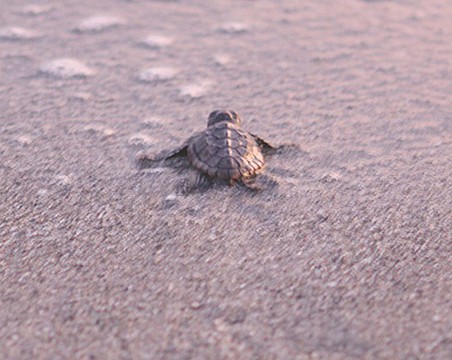 Three species of turtles come out of their shells for release

First turtle nest of the season found on Longboat 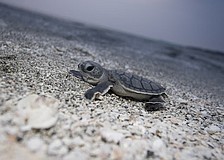