Dr. Andrew Boyer, 74, is the New York Yankees team physician in Tampa, with responsibility for all major-and-minor league teams when they are in his geography. He’s been Yankees owner George Steinbrenner’s personal physician since 1976, and when the team came to Tampa for spring training in 1995, “the boss” hired Boyer to look after his players. It is, Boyer says, a 24/7 job.

Boyer’s personal passion, along with traveling with his family, is tennis. He belongs to two clubs in Tampa and plays there at least once a week. And since 1976, he has owned a weekend condo at one of the places where the tennis players congregate on Longboat Key: Club Longboat. He plays on the Key once or twice a week, “whenever I can get here.”

Seeking Boyer’s perspective on what to do off the court to improve performance on the court, I interviewed him after his doubles game on a recent Sunday morning at the new Tennis Garden facility at the Longboat Key Club and Resort.

First up: his personal-fitness routine. He says he tries to do something almost every day. Two or three times a week it’s a four-mile walk with his wife, Ildiko, (herself an exercise enthusiast who is in the gym and the pool daily). He also uses the workout room where he lives three to four times a week for his “25/25 workout” — 25 minutes of cardiovascular conditioning on the treadmill at four miles an hour plus 25 minutes of weight work.

Boyer’s weight work is interesting. He exclusively focuses on his upper extremities because he believes “the legs will take care of themselves on the treadmill and on the courts.” For his upper body workout, he uses small free weights in sets of 15 to 20 reps for moves, including front-and-lateral raises, pullovers, military presses and lat pull-downs. And, he uses his gym’s Nautilus weight-assisted chin-dip machine.

Boyer cites good mental health as a component of good performance on the court. Asked about the impact of aging, he identifies loss of endurance, speed, mobility (range of motion) and balance as the key issues.
“The only way to regain them is to exercise and move those joints. Unfortunately, there is no specific exercise to control loss of balance,” he says. (Some exercise physiologists and trainers might take issue with that last statement.)

I asked Boyer about the phenomenon of the nonagenarian tennis player. He lives in a tennis community and says, “I see all those guys out there on the courts year after year and they don’t get older all because of tennis. I know people with two hip and two knee replacements who still play and they will do it against any doctor’s advice. The reason they are alive and well at 90 is that they play tennis. Just the fact that they are able to (play) keeps them going and keeps them healthy.”

If tennis is Boyer’s present passion, his original sport was track and field, and it accounts for how he settled in this country. He and a group of fellow students had to flee Hungary when it revolted against Soviet rule in 1956. They walked to Austria, then came to America on a military plane that took them to Camp Kilmer, just north of New Brunswick, N.J.

Boyer was 19 years old and spoke no English, but on his immigration forms, he noted that he was a runner. This caught the eye of a scout and resulted in an athletic scholarship to Kent State University. He ran his fastest mile there at 4:09.6 in 1956. Boyer went from Kent State to the University of Iowa Medical School to an internal medicine residency at the Mayo Clinic and then to Tampa.

But there remains the question: What about tennis with Steinbrenner? It turns out that “the boss” has a court at his home and once a week invites people over to play doubles. He is, says Boyer, “a good player who wants to win.” One time, Steinbrenner invited Boyer and his son, Andy Boyer, who as a junior was a top seed in Florida. Young Andy partnered with Steinbrenner and asked his father, “How do you want this to go?” He said Steinbrenner should win.

Young Andy’s reply was, “OK, dad, third set, 6-4, O.K.?” And that’s how the match went. Steinbrenner and young Boyer won 6-4 in the third set — a testament to just how much control the young player could exercise.

Longboat Key resident Ed Schaye plays frequently with Boyer and says, “He really loves the game and he is extremely energetic. He has a mean cross-court forehand and he covers the court well.”
Pushed for his last words of advice on how to improve performance on the court, Boyer makes it simple: “Don’t give up. Keep playing as much and as often as you can.”

Molly Schechter is an ACE-certified personal trainer, with a specialty in older adult fitness plus YogaFit Instructor Training and a Power Pilates(tm) Mat Certification. She teaches classes at the Bayfront Park Recreation Center. E-mail her at [email protected] 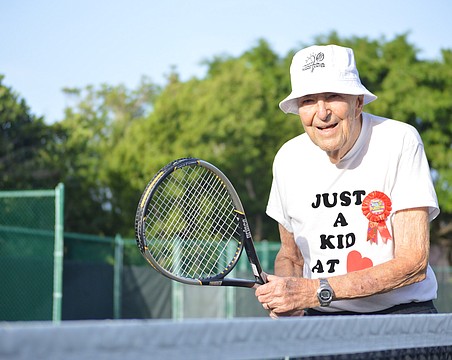 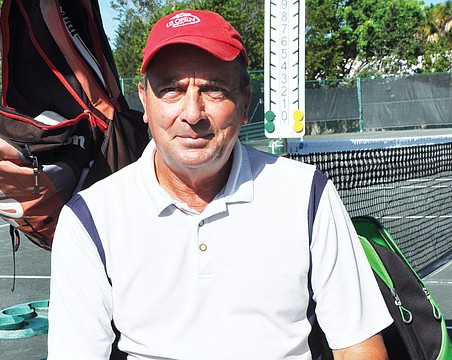 Athlete of the Week: Manfred Welfonder 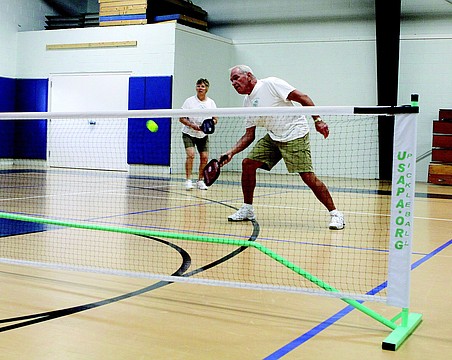 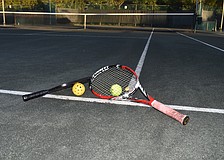 Pros and cons: Comparing the health benefits of tennis and pickleball 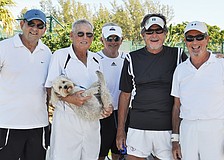 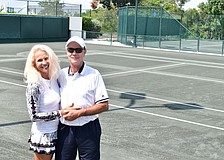 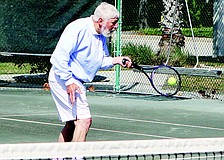