Number of turtle nests down in the last decade

It’s a tough time for turtles. The number of loggerhead turtle nests on Florida beaches has dropped more than 40% in the last 10 years. Turtles face many hazards along the way, such as natural predators, boat collisions and getting caught in fishing gear, which can result in drowning. (Sea turtles are air breathers, and they must have the freedom to come to the surface or they will drown.)

In as much as these animals go back more than 2 million years — and so do many amazing things — during their life span we try to help them in whatever way we can. We stake and monitor carefully all the nests on our beaches, so that in 60 to 65 days we will have new hatchlings out and returning to the Gulf waters. Then, it takes about 30 years for the female to become a mature turtle who will then return, miraculously, to the same beach from which she hatched!

Federal scientists estimate that fishing longlines are responsible for the death of approximately 380 sea turtles yearly. The aim is to reduce the number by at least 60% to 70%. To that end, the National Marine
Fisheries Service closed the longline fishery, until August, to decide how best to deal with the problem.

At least there have been no further poaching of turtle eggs since those initial happenings on Venice and Casey Key. Hopefully, the threat of heavy fines for taking turtle eggs has acted as a deterrent.

Looking at the total picture of Sarasota and Manatee County beaches, the number of nests is slightly down from last year. As of June 27, we count 611 nests laid so far. Most all of these are loggerhead turtles, with one green turtle nest so far. (The green turtle usually shows up later in season.)

On Saturday, April 25, on Casey Key, we had a special nest made by a Kemps ridley turtle, the smallest and rarest of all sea turtles. 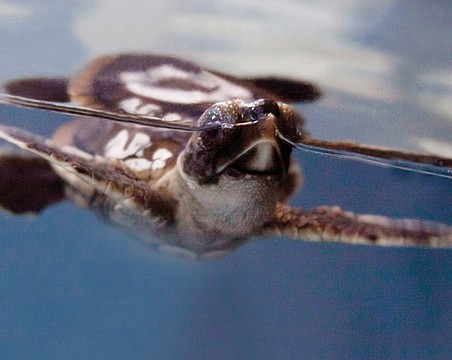 Nesting season heats up after a slow start 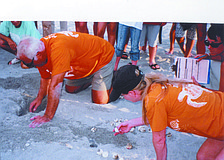 Nesting season comes to a close

TURTLE WATCH: Turtles continue to make their nests on Longboat