Some years ago, we wrote: “A skeptic would call it a quintessential marketing ploy on the part of the European community. Name one or two cities the ‘European Capital of Culture’ for a full year and watch the tourists flock with their fistfuls of euros, dollars, pounds, yen and whatevers. Ploy or not, it works.”

In the years that followed, we have been enticed to attend these remarkable presentations in Graz, Austria; Lille, France; Cork, Ireland; Genoa, Italy; Liverpool, England; and Luxembourg. With one exception, we found that the results exceeded our highest expectations.

This year, the major European Capital of Culture venue is Linz, the third-largest city in Austria. It straddles the Danube River, halfway between Munich, Germany, and Prague. It is a charming walking city, with the Hauptplatz in the center of a memorable pedestrian square surrounded by shops, where walkers play dodge ’em with streetcars.

Organizers started work four years ago, drawing on every local group to provide imaginative ideas that reflect their history, culture and views of the past and future. The planners include students, politicians, educators, artists and professionals from every field. The results are scores of diverse offerings; some run for the entire year and others shine for only days or weeks. In three days, our eyes widened and our ears were treated at a score of totally different events. Some were so unique that we are still in awe.

The most difficult part of a short article is to fully describe the width and breadth of events. Remember that the kaleidoscope is ever changing. While some of what we saw may be gone, other mind-blowing presentations are still to come. Here is a small sampling of what was available during our stay.

• Akustikon and Acoustic City
(ongoing)
This is a mind-opening presentation by Peter Androsch, composer and proponent of distinguishing between noise and sound. His mission is to reduce noise and protect the ears of our younger generation from hearing loss.

There were many facets in Akustikon, including Polyphone I and II, masterpieces of the cabinetmaker’s art combined with leading-edge sound technology. Each of the hundreds of drawers stores a different sound, which comes to life when the drawer is opened. Be treated to a symphony, speech and even the transmission of the first radio waves recorded from a star.

Then, open the drawers in another file cabinet and hear music banned by the Nazis — German, Israeli, a Greek national anthem and so much more. In another room, point something that looks like a machine gun at a wall filled with panels of different materials and learn about the sound-absorbing quality of each.

• Haferfest (one-time event)
Haferfest is a great example of a one-time event that is unique. Hubert von Goisern and his band are well-known musicians in the region. Two years ago, von Goisern, et al, embarked on a barge trip on the Danube, to play at towns up and down the river and were joined by local bands. In most places, the barge was their bandstand. After two years on this musical safari, they returned to their hometown of Linz for what was truly a grand finale — three 12-hour days at a specially constructed bandstand on the river, joined by scores of groups that had been with them before. The sounds, which were more like the rock and jazz sounds of the ’60s, ’70s and ’80s, were indeed music to our ears.

• ARS Electronica 2009 (ongoing)
ARS is housed in a large, modern building on the river that, at night, is a luminescent source of lights and colors, created by 40,000 light emitting diodes — themselves a wonder of electrical efficiency. ARS contains permanent and changing displays. It also is the home of technicians and scientists peering, seeking and inventing. Enter ARS and enter a world of light, robots, space travel, giant screens and on and on. Every corner is a wonder. It alone is worth a trip to Linz.

• Hohenrausch (ongoing)
This is a one-of-a-kind bewilderment that was melded on to the tops of adjacent office buildings and a parking lot in the center of town. Take that space, build a series of Japanese wooden walkways and stages, plant gardens on some of it and build a large, red ferris wheel on one end and you have Hohenrausch.

• Bellevue or Gelbhaus (ongoing)
This beautiful view is a great example of successful populist activism. Years ago, a middle-class residential project was built outside of Linz. It had a quiet street running down the center between mid-rise buildings.

The powers that be converted this neighborhood lane into a noisy, high-speed expressway that divided the community. The owners organized, and their pressure finally resulted in enclosing the expressway in a tunnel, which was covered by a lovely park. Bellevue is a temporary building built over the tunnel entrance and is dedicated to events for children and education.

For a break from special events, we took the Pöstlingberg, the steepest mountain railway in Europe, which winds through a residential area and up to a high view of the city.

We also visited the Botanical Garden of Linz, which may not be the largest that you have seen, but it certainly lives up to its reputation as being one of the most beautiful. And the Lentos Museum of Modern Art is housed in a building that is art itself. Schlossmuseum re-opened in July and is filled with more traditional art.

Upcoming events
The best way to understand the scope of this truly great European Capital of Culture is to log onto its Web site, www.linz09.at. We normally judge an ECC entry by its Web site, and the organizers really shine here.

If you have the privilege of visiting Linz for ECC 2009 or for future events next year, we highly recommend the Spitz Hotel — the name sounds better in German than it does in English. This new gem is a modern-art piece with lovely rooms that are larger than usual for Europe, with attentive service. Just as important, the location is excellent.

The table tennis World Team Cup and Generali Ladies Linz tennis championship are separate events in October. Music-lovers can attend the world premiere of the opera, “Kepler,” in September. This is a musical tribute to the astronomer, Johannes Kepler, who made his home in Linz.

We normally fill out our trips with at least one more city. This year, we went from Linz to Prague and will write about that well-touted city next month. Looking ahead to 2010, there are three cities anointed with the ECC mantle. The prime movers look like Istanbul (a city that we love) and Essen, which will actually represent the entire Ruhr Valley of Germany. First reports on both plans are excellent.

Stuart and Lois Scheyer are in their 70s and are residents of Longboat Key. They each log more than 100,000 air miles a year. They will be pleased to answer any travel questions and can be reached by e-mail at [email protected] 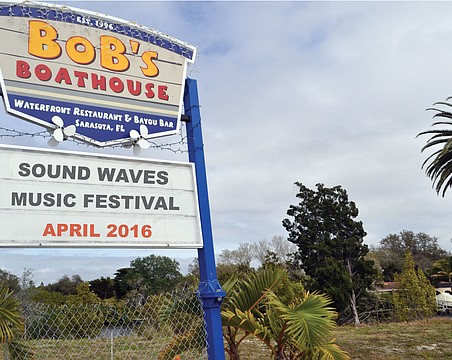 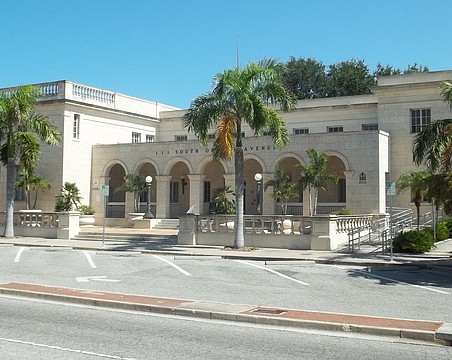 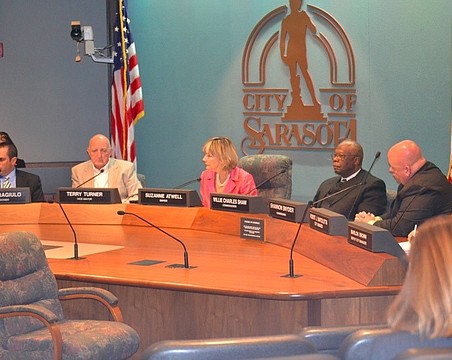 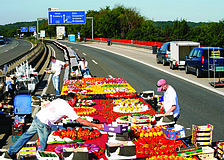 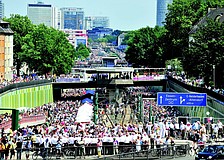 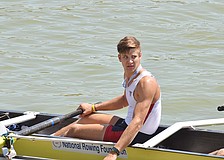 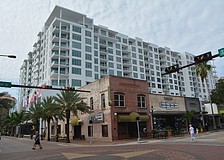