Earn your beads at a Mardi Gras run in Lakewood Ranch

It started because Central Park's Annemarie Neubecker wanted to help.

And now, 2.5 years later, she is following an unexpected course.

Neubecker is the Lakewood Ranch Community Fund committee chair for the Feb. 18 "Run for the Beads," a 5K run/walk with a goal of generating funds for regional nonprofits. The event will be held at Waterside Place.

It is a daunting task for someone who has never organized a running event fundraiser. The biggest challenge was how to separate the event from the dozens of garden-variety runs.

Neubecker had an idea. Mardi Gras.

"I had done some research on Mardi Gras races," Neubecker said. "There are none here. So I thought, this time of year is a good time for races because it's cooler. The chance of no rain is pretty good.

"We could do something cool. I knew nothing about races, but I came up with a theme and people loved it."

The event is part of a more aggressive trend by the Lakewood Ranch Community Fund to brand itself and to raise more money for the region's nonprofits. That movement began in October with the fund's first Wine & Giving event that was held at Esplanade Golf and Country Club. The fundraiser generated a net profit of more than $60,000.

"Run for the Beads" will be the fund's second big event meant to not only raise funds, but to introduce itself to the community.

Those introductions will be limited, though, if Neubecker and her committee members can't draw a large crowd to Waterside Place.

One of Neubecker's selling points is the race's after-party. Certainly, she wants as many die-hard runners as possible, and toward that goal she enlisted Fit to Run to handle the event's nuts and bolts. Fit to Run oversees all of the region's top runs, and while it does take a monetary investment, it shows the serious runners that everything they need will be in place.

Fast runners, however, can sometimes be seen running away from events as soon as they cross the finish line. Neubecker wants those who participate in "Run to the Beads," to know the party is just starting after the run is over.

That can be difficult when the race begins at 8 a.m.

"We thought about how do we put it all together," Neubecker said.

One ways is to give things away. Enter all the participants' numbers into a hat and hold prize drawings.

Other businesses, such as 3 Form Fitness at Waterside Place, also donated items for the drawing.

Participants are being encouraged to dress in Mardi Gras attire to help build a fun atmosphere.  Anyone who registers will receive beads and masks (of the Mardi Gras variety) in their packet.

DJ Jose Ramirez will keep the tunes spinning and Neubecker is working on some live music.

As runners come through the finish line, they will be handed fleur-de-lis necklaces.

An actual awards ceremony will be held to honor the top male and female runners. Awards will be handed out for best costume and largest community or workplace team.

Professional clowns will be entertaining throughout the after-party. Artists will perform body and face painting for both adults and kids.

There will be beer, and beignets, not necessarily together.

Food trucks will include Shiny Gumbo, Bowled Life and Carousel's Soft Serve Icery. The kids can whack a pinada or do crafts at the mask-making table.

Anyone so inclined can join the Mardi Gras parade.

Neubecker, a retired educator, is hoping she has put together a party you don't want to miss, and in turn, it will the Lakewood Ranch Community Fund to meet potential volunteers.

Her own introduction to the fund came in 2020 after she had moved to Central Park. Lakewood Ranch Community Activities was hosting a new homeowner orientation and the guest speaker that day was David Fink, who at the time was the fund's chair of the board.

Right away Fink hit it off with Neubecker, who had been involved with nonprofits most of her life.

"My husband (Gary Moore) and I were living in Hilton Head (South Carolina) and we were looking to move farther south. We had been there nine years and Hilton Head had very rainy winters. We had looked at several places in Florida, but we started reading about Lakewood Ranch. We began only looking at Lakewood Ranch communities."

In Hilton Head, she was a board member on the Moss Creek Charitable Fund, and her past volunteer work included 18 years with the Rotary.

"I just get such a reward back from helping people," she said. "It's such a thrill when people open their wallets and give, when you know it is going to something wonderful. It's kind of selfish on my part because you get such a reward from it."

Fink explained to her how the roots of the fund and Lakewood Ranch itself had run a parallel course. She agreed to volunteer for a fund event at the Sarasota Polo Club, handling the table decorations, and her commitment to the fund was off and running.

During the "Run for the Beads," Neubecker said signs will be posted all along the course giving blips of information about the fund.

For information about the race, go to LWRFund.org. 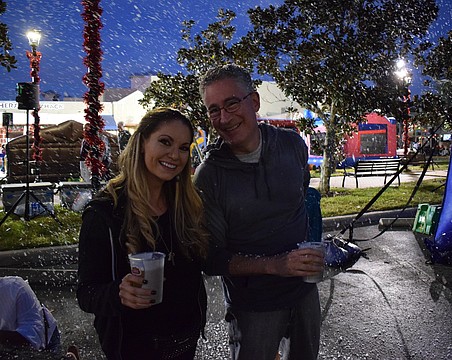 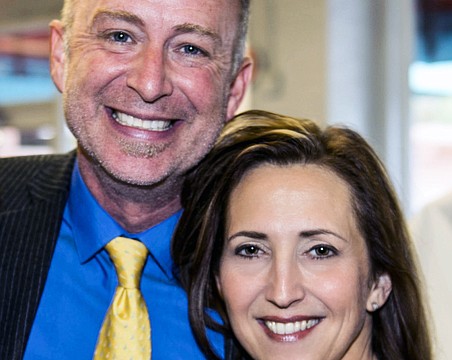 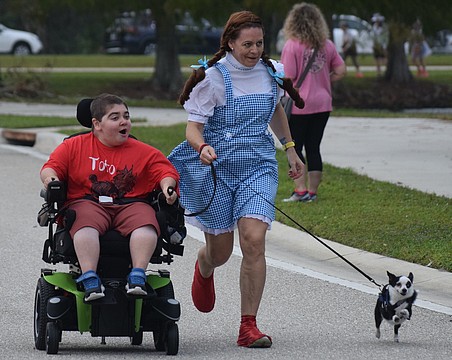 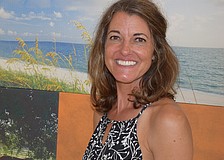 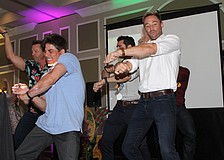 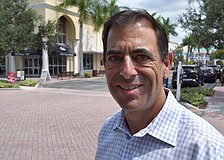 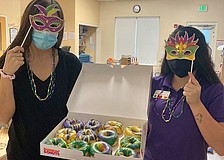 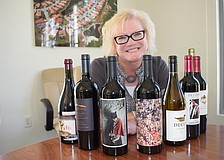