Charity will be in style at Sisterhood for Good's Gatsby fundraiser

Lakewood Ranch-area nonprofits will benefit from a night of playful excess at the Feb. 17 event.

When Lakewood Ranch's Sisterhood for Good members gathered to talk about hosting a fundraiser, one idea they discussed was a jungle theme.

All hands went up — for Gatsby.

"I've always wanted to go to a Gatsby party," Sisterhood for Good Board Chair Amy Gorman said. "It's a fun theme, and it's easy to dress up."

Sisterhood for Good founder Angela Massaro-Fain said she doesn't know of any Gatsby fundraisers being held in the region at the current time. She said she knew of one nonprofit that ran such an event on an annual basis and the theme died out after five years.

Area nonprofits face challenges in their quest to hold events that will make money toward their missions. Having great venues, excellent food, and top entertainment leads to considerable expenses. That means a higher ticket price, and a demand for an extremely interesting event to make it all worthwhile. Breaking even would be a loss.

The event could flop, or in this case, flap, as in the flappers of the 1920s. The Gatsby Speakeasy Soirée will be held Feb. 17 at the Hyatt Regency in Sarasota.

On Jan. 15, seven members of Sisterhood for Good went to the Central Park home of Massaro-Fain for an impromptu dress rehearsal and photo shoot. A sense of energy and anticipation was prevalent as the ladies primped to make sure their makeup, hair, jewelry and props were just perfect.

All have been area philanthropists, or do-gooders. It seemed to be giving them devilish pleasure they were preparing for a night of being bad.

As board Finance Chair Kathy Collums said, "It's sinful."

Then she offered a devilish laugh.

The ladies picked up a couple of plastic "Tommy guns," cigarette holders and signs that said "Let's Misbehave" and proclaimed themselves ready for photos.

Most were wearing dresses that aren't likely to see the light of day, or the dark of night, after the fundraiser.

Collums was fortunate because she had attended a Gatsby-themed event years ago and still had the dress.

"I thought about sending my dress to Goodwill," she said. "But I couldn't."

Five of the other six members either went shopping online or at boutiques, such as Darci in Sarasota.

Fundraising Co-Chair Roxanne Sima didn't have to shop because her boyfriend presented her a flapper dress as a Christmas present.

While the dresses were sparkling, they were covered with strings of pearls as big as Hula Hoops. And don't forget the gloves, and the feathers.

Towery said the members have been researching the style of the Roaring Twenties, including shoes and hair styles.

"I researched the hair and it's all about pin curls," she said.

Towery, a fashion stylist and beauty/image consultant, will wear a long, flowing dress that narrows to her feet.

"Nobody is going to see my shoes," she said.

Men face a lesser challenge in their wardrobe as pinstriped suits were in style with their wide shoulders, along with tuxedos.

People don't seem to mind going the extra lengths to dress for a special event, Massaro-Fain said 258 tickets to the event had been sold by Jan. 15 and she had to go to the Hyatt Regency representatives and ask them to rearrange the room so they could increase capacity to 325.

"The dance floor is going to be a little smaller," she said.

Everyone will just have to dance a little closer.

"Everything has been overwhelmingly positive," said Massaro-Fain, who noted there will be a Bonnie and Clyde photo booth so those attending can capture the moment.

Sisterhood for Good has grown to 227 members and has presented $208,441 in grants to area nonprofits since Massaro-Fain founded the organization in 2011. They handed out $76,850 in grant in June. It was a $30,000 increase over the previous year. 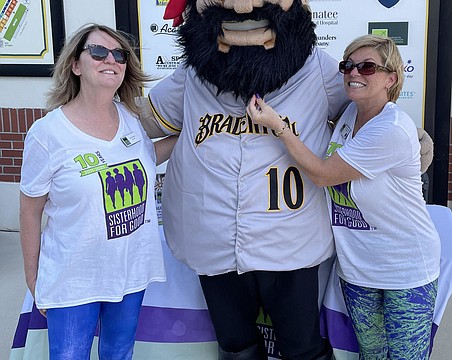 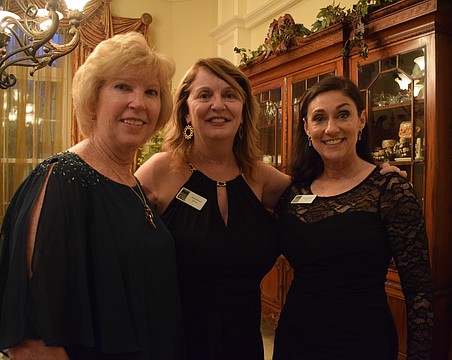 Sisterhood for Good benefits from the power of partnerships 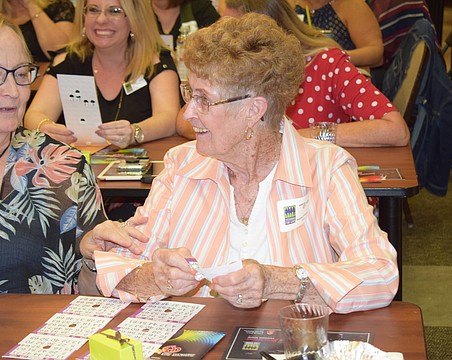 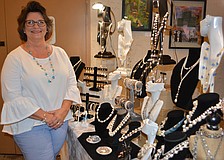 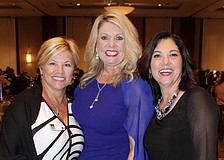 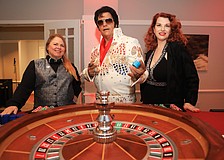 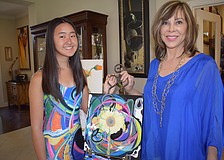 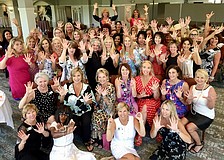